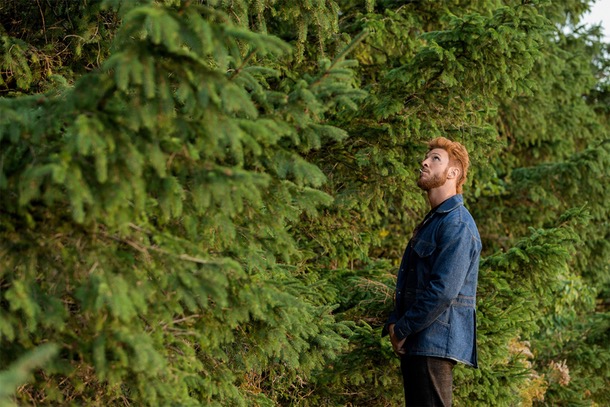 As usual, I’m assuming if you’re here then you’ve seen the seventh episode of American Gods. If not, you might want to go ahead and jump ship now because this show is about to be spoiled more than milk left on the counter for three days during a Texas summer…

A lot of things are revealed about Mad Sweeney in this episode–both in the past and in the present.

Mr. Ibis (with his smooth voice) tells us the story of Mad Sweeney’s past through the eyes of Essie. How her grandmother warned her about leprechauns as a child. How they can’t be reasoned with, but people request their favor. Essie has a steadfast belief in praying to the leprechaun for his blessings, and I guess this girl got lucky because of it.

She finagled her way out of punishment and managed to marry the captain and move to London. The world called her a thief, so she became one. She gets caught again, gets punished back to the New World, and winds up playing nurse-maid-turned-wife. Even though the story is Essie, all I see is Dead Wife, which left me feeling just… blah. I will say though, Essie made me smile and laugh on occasion, which is more than Dead Wife has ever done. And I enjoyed the end of her story when Mad Sweeney comes to the porch to usher her spirit away.

First things first: Salim doesn’t care what anyone thinks. He’s praying five times a day, and you will deal!

Our favorite trio splits up this time thanks to Dead Wife releasing Salim from his deal after reaching the white buffalo. No Salim! Don’t go! One of Wednesday’s ravens pops up, and Sweeney promises he’s holding up his end of the “bargain” and is on his way to Wisconsin. This gets me asking questions. Because anyone striking a “bargain” with Wednesday is in for some drama and some trouble.

After Mad Sweeney and Dead Wife’s stolen ice cream truck turns over on the road (thanks to the bunny!), Dead Wife is… dead again. Mad Sweeney finally gets his beloved coin back, but he flashes back to Dead Wife’s original accident, and we see him look at Wednesday’s raven and say, “Tell him it’s done.” Like I said before, the ravens fly all over the world and give Wednesday information. And with one stroke of dialogue, we now know that Mad Sweeney was involved in Dead Wife’s accident–and it was no accident at all.

But he just had to give that coin back…

None other than Mad Sweeney for the second week in a row! Not only is his origin story explored, but he delivered yet again on being an excellent character to watch. It just sucks that e used to be a king until Mother Church and General Mills turned him into a troll and commercial fodder.

I love how he’s a (hilarious) shit talker but clearly has a good heart. I love everything about him! I’m mad about Mad Sweeney! And that Gaelic… please please please please PLEASE give mama some more of that! Mmmm, my body is ready… 🙂

“Intelligence has never been uncommon in women…” ~Mr. Ibis

“Unfortunately, the more abundant the blessings, the more we forget to pray.” ~Mr. Ibis

We only have one more episode, guys. One. More. Episode! It’s hard to believe it’s almost over, but it is. I’ll try not to mourn just yet, but it’ll be missed.

Speaking of missed, the absence of Shadow and Wednesday in this episode resulted in a loss of emotional connection for me. But this episode gave me mad Outlander vibes too, and I love me some Outlander. Yet while I loved seeing Mad Sweeney (as always) and learning more about his backstory, the focus on Essie just didn’t do it for me. The more Mad Sweeney the better, and I would’ve liked to have actually seen him more in the past. However, that reveal towards the end definitely gave this episode the punch it needed.

I love what this show is doing with the expansion of characters from the book, and I enjoy the departures they’ve made. This most recent reveal opens up a whole new branch of a story that we’ll get to see next week. I can’t wait for the season finale. It’s going to be e-pic. Trust me, I know.

Oh, and thanks for reminding us that America was a dumping ground for punished criminals, Mr. Ibis (lol)!