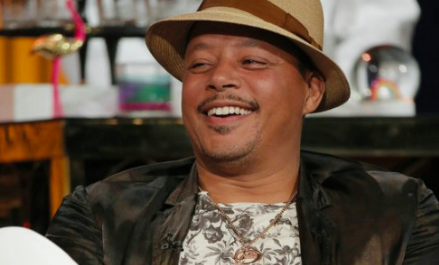 Actor Terrence Howard raised some eyebrows during his interview with KTLA during the Emmys red carpet.

Opening up the “Flower of Life” properly can be a daunting and challenging thing, at least according to Terrence Howard. There’s a lot to decipher from his interview including, building a Milky Way galaxy without gravity, finding 10,000-year wave conjugations, and making platonic solids. If you have no idea what I’m writing about here, don’t worry, neither do I. The best way to explain Terrence Howard’s commentary is from his own words — watch the video below.

However, Deadline just announced Howard is set to star and executive produce Triumph, directed by Brett Leonard. In an epic moment of trolling, Howard stated he’s retiring from acting and leaving the business to pursue science as well as some other things that I’ll leave for you to figure out, but it turns out he’s back to work as usual.

As reported by Deadline, Triumph follows a bright and determined teen with mild cerebral palsy (Mitte) as he strives to be a wrestler on his high school’s team while going to humorous lengths to win over the heart of a classmate, the girl of his dreams. Production is currently underway in Los Angeles.

If there is an opportunity to get that flower of life science experiment going, perhaps we will see that on the small screen in the form of a reality TV show or on the big screen fictionalized for a feature.

You can catch Terrence Howard as Lucious Lyon on the final season of the Fox series Empire.