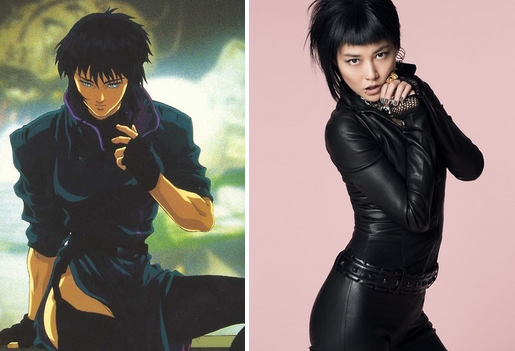 Last month saw the birth of two atrocities for the anime fandom – the live-action adaptation of Ghost in the Shell finally premiered to mixed reviews, and Netflix boldly announced the release of a Death Note live action film via a brief teaser trailer, one in which (you guessed it) the characters are whitewashed.

Shortly after the trailer’s release on YouTube, Death Note was a trending topic on Twitter as fans of the iconic series took to social media to vent their frustrations about the casting choices and overall perceived narrative changes. Many compared the decision to cast Nat Wolff as Light (Light Yagami in the original, renamed Light Turner in the adaptation) to Scarlet Johannsson playing Major Motoko Kusanagi in the live-action adaptation of Ghost in the Shell. I don’t blame anyone for holding such strong sentiments against the Death Note adaptation – the manga is a fan favorite and arguably one of the essentials for any manga fan’s reading list, knowing that such an influential title is going to be tainted by the Hollywood whitewashing epidemic can be… distressing.

While some fans believe that it doesn’t matter who plays Light Turner Yagami or Major Motoko Kusanagi because it’s just fiction and anyone can play anyone, there’s a much deeper problem. There aren’t many opportunities for Asian actors to get strong, complex character roles in Hollywood meaning that Asian actors go without work or there’s a lot of competition for these roles when they do come out (because they’re so few), Death Note and Ghost in the Shell would have been awesome opportunities for Asian actors yet these roles were mostly stolen by white actors. Rinko Kikuchi (Maoko Mori from Pacific Rim) would have made a kickass Major, but Rupert Sanders (the director of the live-action Ghost in the Shell) believed that ScarJo was the “cyberpunk queen” and was “perfect for the role.” Edward Zo wanted to audition for Light’s role but was told, point blank, that they weren’t looking for an Asian to play Light.

Why does Hollywood constantly feel the need to cast white actors in ‘Western’ or ‘American’ adaptations of foreign intellectual property? Sure, we could look at this adaptation of Death Note as a ‘reimagining’ of the series or even an alternate universe, but why did Light have to be white? Did the option have an actor from a different race even pop up in the casting conversation? Hollywood’s adaptation racism seems to boil down to the belief that the world is best viewed through the lens of a white person – white people have come to be considered the default and everyone must be able to relate to a white actor but placing an actor of color in that role would ‘stand out too much.’ Some fans are also claiming that nobody’s complaining that L is being played by Keith Stanfield, a black actor, and using that as justification that nobody cries ‘racism’ or ‘cultural appropriation’ when it’s a black person doing it. Also, Japanese netizens seem more bothered by L being played by a black actor than Light being whitewashed.

While the casting director might have felt they were doing good for diversity by casting L as black, this is still grossly problematic and has set Death Note up for a… interesting change. Shelby Moring (@floreashelby) summed this up perfectly in a tweet thread:

1. Throwing a Black person in a white washed movie of a Japanese show does not make up for the fact that it’s an appropriated plot.

2. https://t.co/eljTMUAZIK | Light is now not only a white washed character, but exists in a racially insensitive plot that could be avoided pic.twitter.com/BrvdTx0D9W

Hollywood suffers from a shortsightedness that causes it to believe that people will be able to relate to white actors more readily than actors of color. With the case of Scarlett Johansson, she’s already built a long resume because she’s been given the opportunities to do so, she’s a ‘safe’ choice because the directors feel that attaching her name to the project means that it’ll sell because they can leverage her appeal and the credit from her resume. However, this means that not only is she stealing a role that could have been given to an Asian actor, but she’s also causing there to be an even wider experience gap between Asian and white actors thus perpetuating a cycle that incentivizes and justifies Asian actors being denied roles in big budget Hollywood films.

9 Detective Shows and Movies to Investigate for P.I. Day