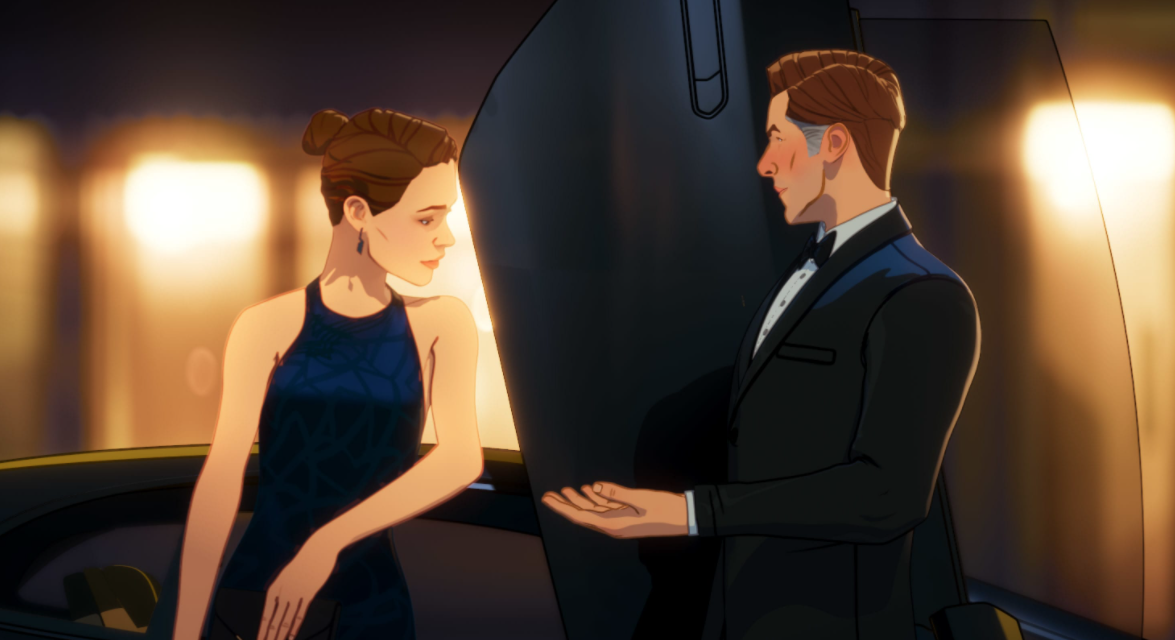 Dr. Strange (Benedict Cumberbatch) picks up Christine (Rachel McAdams) for a date. On the way, the two are hit by a driver and fall off a cliff. Christine dies immediately. Grief stricken, Dr. Strange looks for answers in the mystic arts. He learns about time travel but is warned by Wong (Benedict Wong) and Ancient One (Tilda Swinton) to not mess with it. When Ancient One passes, Strange becomes the hero that he needs to be. However, Strange can’t let go of Christine.

On the anniversary of her passing, Strange goes back in time to the night that he lost her. He’s delightful and changes things up but still loses her in the crash. He tries again with a different route but they are hit by a truck. Each time he changes the plans, he ends up losing her. Strange even questions why it keeps happening as he continues to relive the moment. Ancient One appears in one of the events. She explains that the death of Christine is an absolute point; it cannot be changed. Christine’s death is the reason Strange goes into the mystic arts and eventually becomes the Supreme Sorcerer. If Christine doesn’t die, Strange doesn’t become who he needs to be.

Even after this explanation, Strange thinks that he needs more power to change this moment. Ancient One tells him if he does this, he will end up down a dark path and she will be forced to stop him. He doesn’t listen and does a spell to another point in time.

Strange goes searching for Sorcerer Cagliostro, who knows how to break the absolute point. He meets O’Bengh (Ike Amadi), a librarian for the books of Cagliostro, who takes him to the library. Strange jumps into it right away. He opens up a portal, bringing out a monster in hopes of borrowing its powers but is attacked by the monster. Strange wakes up in a bed, with O’Bengh bedside to warn him about his actions: mystic monsters don’t share their powers. O’Bengh knows that Strange is doing all this for love but states that there’s a difference between devotion and delusion; love can shatter your mind.

Strange comes to the conclusion that O’Bengh is right; if the monsters won’t surrender their powers, he will take them. Strange starts small with a leprechaun then works his way up to bigger and badder monsters. He consumes their powers one by one.

The Watcher states that Strange is on the wrong path. He could stop Strange, but the fate of Strange’s universe is not worth risking the safety of all the others. Anyway, he doubts Strange would listen.

Strange stops for a second as if he heard the Watcher speaking, looking towards the area the Watcher was located but sees no one. Day and night, Strange continues working towards consuming these powers, lastly taking on the tentacles of the last biggest monster.

Once he is done, Strange finds O’Bengh, gray and old. Strange froze himself so he doesn’t age while O’Bengh continued with his life. Strange wants to reverse time, but O’Bengh accepts his fate and death. O’Bengh tells Strange that he is only half a man living half a life, knowing that there is another Strange in the universe.

According to the Watcher, this is true. There’s another in the universe — one who listened to Wong and didn’t dwell on the past. When this Strange walks outside, he sees the world is fading then is visited by an echo version of Ancient One who informs him it is the end of the world and he is the one causing it. She tells him that when he vanished into the past, she couldn’t follow, so she used the powers of the dark dimension to split the timeline and split him, allowing two Stranges to live. She further explains that if the Evil Strange (my nickname for him obviously) succeeds in changing the absolute point, the universe will end.

Wong and Strange prepare Strange for his fight by placing protection spells on him. A circle surrounds Strange, and he falls down into a pit. He gets up to find that a circle spell has him locked in. Evil Strange appears to Strange to appeal to him about Christine’s life. Strange warns him about the world ending, but Evil Strange doesn’t believe him. He states that they have had the power to save Christine but never used it — now they can.

Evil Strange takes Strange back to the night of that crash, stating that they need to become whole because if they are split, their powers are diluted. Strange doesn’t think that they should due to the world ending and all. He points out that this isn’t love but their arrogance and need to fix things. Evil Strange insists on being whole again. Strange points out that Christine is dead and Evil Strange needs to move on. The two fight. Luckily for Strange, he has the protection spells on him, and his cape assists in the fight.

Evil Strange and Christine are in a magical bubble, but Christine disappears too. Her last words ask what did Strange do. Strange is left alone, repeatedly apologizing for his actions.

This episode certainly warns about dwelling in a painful loss and not moving on will take you to a dark place that you can’t move on from if you let that pain consume you. In previous episodes, you could see the Watcher in the background, but this time, he interacted with the characters in the story. He knew what was going to happen but all he could do was watch.

These timelines certainly don’t have the best outcomes, but they are absolutely amazing stories. It’s amazing how this episode warns us about changing the past when the Spiderman: No Way Home teaser trailer has Strange doing the exact thing. So much fun in the multiverse.