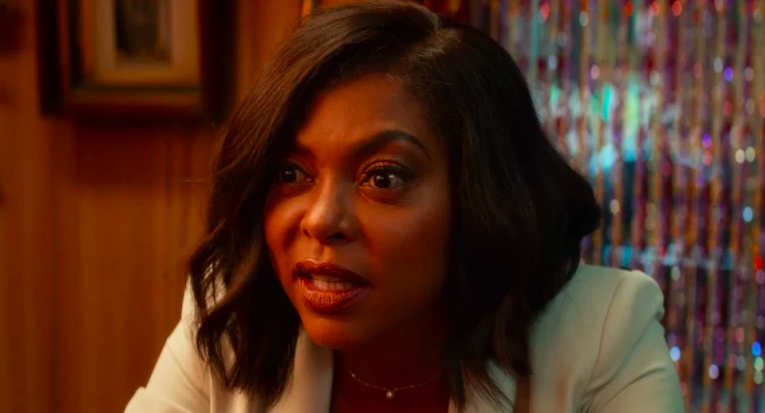 In 2000, the film What Women Want played by the now-defunct Mel Gibson, as a chauvinistic advertising executive was a mordantly hilarious comedy about what women think of men. The idea of women, too, having deliriously garish thoughts of the opposite sex heard out loud was the perfect framework for a romantic comedy.

Fast forward nearly 20 years later, Paramount Pictures once again brings us all of the trappings of a funny rom-com in the gender-swapped remake called What Men Want, starring a very relevant Taraji P. Henson in the lead role. For the most part, the premise for the character Ali (Taraji P. Henson) is somewhat similar. Instead of an ad executive, she’s a sports agent. Ali, unfortunately, gets passed up for partner at her agency by one of her colleagues. You know how the story goes, she’s treated like a pariah among her male peers, and perpetually kept out of the boy’s club. Ali isn’t given the shot she deserves as an agent because of her gender.  And this, of course, is a very real thing in the workplace, and nothing to laugh at.

The irony here is that according to her boss, “she doesn’t know men” even though she is a sports agent that predominantly represents male athletes.

Shoutout to WNBA star Lisa Leslie for her cameo as the only female sports client of Ali’s firm.

Ali also works in an environment completely inundated and surrounded by men so it is a bit bizarre that she’s so disconnected from them. But let’s throw logic out of the window for a moment, because that would obviously compromise the building blocks for a story about how a woman like Ali, can once and for all, connect with men.

What the team of writers on What Men Want gives Taraji P. Henson (including writer Tina Gordon the director of the impending comedy Little) is a veritable wonderland into the mind of men in an environment that often suppresses women. A place where ideas are incessantly shut down, ignored, or scoffed at — the corporate boardroom — is now an opportunity to throw down the gauntlet and read the minds of those very men who aim to sabotage. What Men Want turns the original comedy on its ear in a liberating kind of way.

Ali sees a bohemian-chic psychic named Sister who happens to look exactly like Erykah Badu, oh wait, it is Erykah Badu. Sister tells Ali that she can help her to connect with men. She gifts her with a cup of tea mixed with a bit of weed and ecstasy, and hands the magical concoction over to Ali to drink. Popular to contrary belief, there is no peyote and crack along with that weed mixed with the tea, as the movie trailer would lead us to believe.

It’s not the drug-infused tea mixture that triggers Ali’s telepathic abilities, but an evening out with her besties that causes the extra sensory perception. Ali’s evening out with Ciarra (Phoebe Robinson), Olivia (Wendy McLendon-Covey) and Mari (Tamala Jones) comes to an abrupt end when Ali knocks herself unconscious just to wake up in a hospital bed the following morning.  It is then when she hears her doctor speaking to himself about his drug addiction and she hears every uninviting thought, that she realizes something isn’t quite right.

Ali’s dedicated assistant Brandon (Josh Brener) picks her up from the hospital and as he mutters his own contempt for his boss in thought and Ali hears him, they both freak out. Josh Brener’s prodigious comedic timing and delivery is the perfect fodder for Taraji P. Henson to chew on as she magnificently executes a silly, humorous and amiable pathos to an otherwise complex and disaffected character. The Get Out tea phrase from Brener alone is priceless.

What Men Want also shows us the hotness that is Aldis Hodge and illustrates his range as a comedic actor. His work is most notably known on dramatic TV shows like Leverage and Underground.  Most recently, he appeared in the Sundance Grand Jury Prize-winning film Clemency, playing the role of an inmate on death row. His character is tonally similar to what Sean Penn did in Dead Man Walking, so to see Hodge injecting a little levity to his acting resume was refreshing. Hodge plays Will, a romantic interest of Ali’s who inadvertently is caught up in her schemes to try to win over a new potential client Jamal Barry (Shane Paul McGhie) — an up and coming NBA star.

Jamal’s father Joe “Dolla” Barry (Tracy Morgan) whose central conceit and rambunctious behavior is the very thing that’s blocking Jamal from his greatest opportunity. Morgan, who essentially plays the same character in every comedic role, wins us over yet again as the male version of an over eager soccer mom involved in every detail of his son’s life, career, and eating habits.  Yeah, it gets kind of weird.

Morgan isn’t the only SNL-bred cast member in this eccentric rom-com, current SNL cast member Pete Davidson makes an appearance as the closeted gay co-worker. Ali only knows of his sexuality because she can read his thoughts.

What Men Want is a delightfully funny flick that falls into the crop of comedies that don’t particularly have a great deal of depth to its story arc, but is still fun and entertaining to watch. I would have preferred the thoughts of the men heard in the film to not be so myopic at times — yes we know men think about sex often, but to believe that is the only thing they think about is kind of shallow.

The redeeming parts of the film that do give it some substance are the scenes between Ali and her father Skip (Richard Roundtree). The only John Shaft I acknowledge (sorry Samuel L. Jackson), establishes a beautiful connection with his daughter which adds some subtext as to why Ali has this cognitive dissonance towards the male gender. Ali has it so bad that even during sexual intimacy she has to be in control, which for Will, doesn’t make for a pleasant evening of passion.

As it turns out, reading her own father’s mind helps her understand more on how to listen and connect. And apparently having Erykah Badu’s 4-inch length fingernails pressed against your temples helps too.

If you’re here for the comedy and just some laughs to get away from the seriousness of your day — a trip to the theater to see What Men Want is worth your time. The film is directed by Adam Shankman and produced by Will Packer.