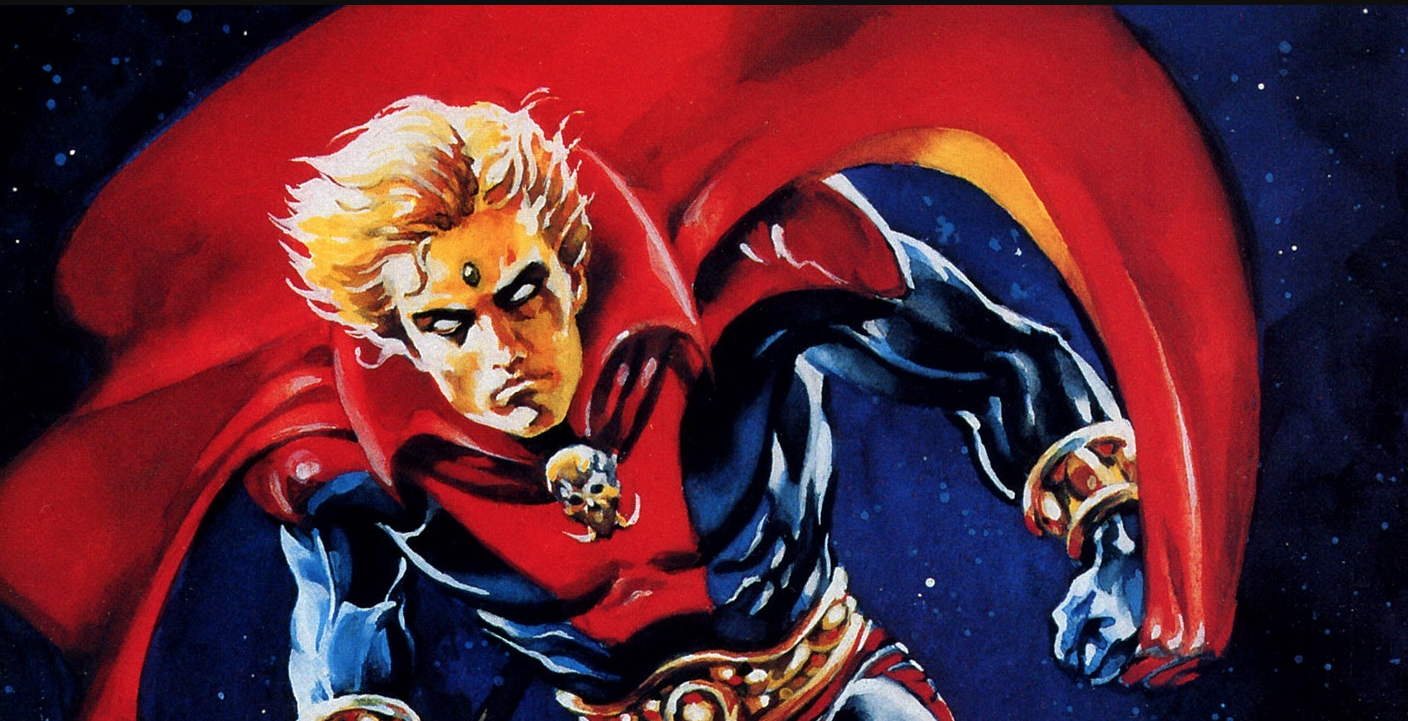 Marvel fans received an early Christmas gift this year when Guardians of the Galaxy 1 and 2 director James Gunn tweeted on October 11, 2021, that Will Poulter (The Maze Runner) will be portraying the popular MCU comic book character, Adam Warlock.

Directed by James Gunn with Marvel president Kevin Feige producing, it took them some time to find the perfect actor for the role. With production set to start this November, it seems they finally decided to lay down the gauntlet with Poulter portraying Warlock in Guardians of the Galaxy 3.

Many people are blown away by the English actor’s sudden “glow-up” for the film, as he’s looking Marvel-ready with a fresh new set of abs that is driving social media wild. It may be time to add him to the lineup of crush-worthy Marvel baes.

With that said, some may be in the dark about just which Marvel character Poulter will be playing. For those unfamiliar with this genetically engineered Jesus-level super being, Warlock is one of the most powerful characters in the Marvel Cinematic Universe. Created by Stan Lee and Jack Kirby in 1967 and then eventually reimagined by Roy Thomas and Jim Starlin, this bad boy easily took on classic antagonists like Thanos.

Basically the result of a science experiment gone wrong, he busted out of the cocoon that Earth scientists (AKA the Enclave) were forming him in after becoming privy to their plan to use him to take over the world. If that’s not boss level enough, he basically has unlimited cosmic powers that he used to attack the Enclave and destroy their entire laboratory.

Simply known as “Him,” Warlock was still resting peacefully in his birthing pod in 2017 when Marvel fans got a wink at what was to come. For those that didn’t read the comics, this Easter Egg was probably confusing. When the Guardians gang meet the painfully serious alien society called the Sovereign, their high priestess Ayesha can’t stop talking about forming “the perfect society” that has custom DNA that makes them exceptionally powerful.

Ayesha calls Warlock “Adam” and herself “Eve,” which definitely works in serious biblical references that promise something epic is yet to unfold, including Ayesha possibly sending her “Adam” to destroy the Guardians in the movie. While she’s brewing her own boyfriend in a special cocoon in the MCU, in the comics, Warlock was actually created first. They delve into how Ayesha (also called Paragon and Kismet) was the second attempt to create an obedient supernatural being — which also majorly backfired for the Enclave.

In a weird turn of events, Doctor Strange actually helped them create Paragon— as a man. That’s right, Paragon started off with a male form in the pod, but took the form of a woman before hatching. Paragon was supposed to be a second attempt at making an almost identical Warlock, but she had other plans for herself. A lot more happened after that, but it seems likely that the film will take on a distinct storyline of its own.

Warlock is also lightly teased in 2013’s Thor: Dark World during the mid-credit scene, when his birthing pod is spotted at the Collector’s museum. It looks like that pod has some great travel miles. Throughout the comics, Warlock made his first appearance in The Fantastic Four #66, got to try the Soul Stone, tried to make it work with his girlfriend (AKA Ayesha), befriended a group of morally sound young people, and even helped the Avengers fight Thanos, but his role in Guardians of the Galaxy 3 is still pretty vague. Plus, with Thanos already snapped out of the franchise, that major arc is out of the question.

One of the key questions that many people have is regarding whether this super-powered stud is a hero or villain in the third installment. However, as many know, especially after watching Disney+’s WandaVision, Marvel loves building complex anti-heroes. So, he’ll most likely be a multi-faceted character who struggles to balance good and evil, as well as what it means to have creators rather than being naturally born. Similar to Vision, it’s unlikely that he’ll have a strong understanding of humanity for awhile.

Another pressing question that people have is if a super-powered character will be joining the Guardians to help take Warlock down (assuming he’s at least a villain for part of the movie). If Warlock can hold his own with Thanos, Star-Lord (Chris Pratt) and the gang are in for quite the beating. However, if the plot somewhat takes the comic book path, Warlock may actually end up joining the team and even help Star-Lord get Gamora back.

Warlock does team up with Gamora and Pip the Troll, as the comic Warlock and the Infinity Watch (1992) #3 introduces the possible main villain of the film — Warlock himself. Well, it’s technically a future version of himself who became unstable after harnessing the Soul Gem. Yes, Warlock does indeed fight himself, and it could actually be pretty epic to watch on the big screen. Fans can look forward to seeing him explore different aspects of his character all while careening into a wild quippy quest surrounded by the biggest idiots in the galaxy.

While some upcoming Marvel films have been recently delayed, it looks like Guardians of the Galaxy 3 is still on track to premiere on May, 5, 2023.