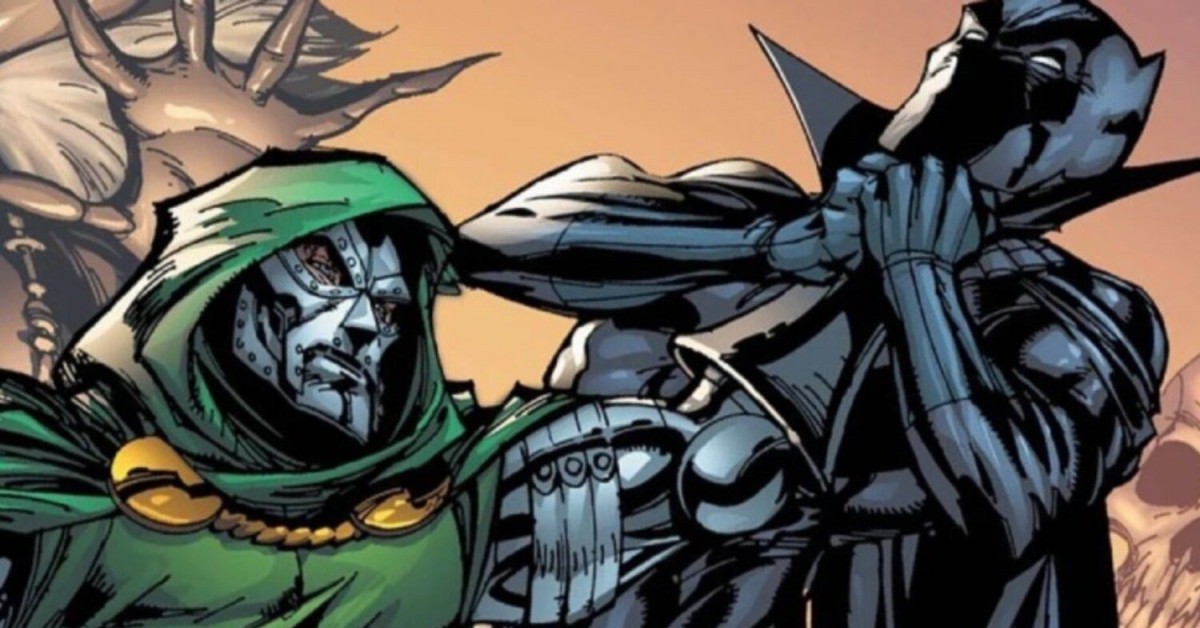 Being the sovereign of an advanced nation isn’t easy. Ask Victor Von Doom and Prince T’Challa, who rule their collective nations with either compassion or a gauntlet of iron. However, what happens when the leaders of two nations come to blows? What would happen if the Black Panther and Victor Von Doom were beyond the points of cordial words and statesman pageantry? Who would win? Let’s meet our contenders.

In the yellow corner, we have Victor Von Doom, aka Doctor Doom, a Latverian politician who serves as a Monarch and Supreme Leader for the Kingdom of Latveria. He’s severely scarred from an accident and now wears an iron mask that hides his true face and a suit of nuclear-powered armor. Despite being regarded as one of the most brilliant minds on the planet, he’s also a powerful sorcerer whose magic matches even some of the most powerful beings in the universe.

He’s so powerful that he was, actually, a potential candidate for Sorcerer Supreme; unfortunately, he also has quite an ego that makes him susceptible to manipulation by pandering to his sense of superiority. Victor Von Doom hopes to bring order and advancement to humanity through world conquest and domination, and since he’s rarely matched in ability, ego, and superpower, he came into conflicts with beings more powerful than the Fantastic Four. But today, he’s facing the Black Panther.

This leads us to our second contender. In the purple corner, we have Black Panther, the protector and the head of the state of the African nation of Wakanda, the most technologically advanced country on planet Earth. Black Panther is the King, religious leader, and commander-in-chief of the nation, and like his opponent, one of the world’s top intellects. But he’s not only intellectually gifted; this member of the Avengers also has incredible physical prowess.

These advanced physical attributes were granted to him by the Panther God Bast through the ingestion of the Heart-shaped Herb, and through the use of Wakanda’s advanced Vibranium technology, Black Panther is a force to be reckoned with. He previously clashed with Doctor Doom, and the confrontation ended in a draw, so let’s see how an all-out battle would unfold.

Black Panther has a very advanced Vibranium suit that absorbs and redirects kinetic energy and an additional edge in terms of agility, speed, and super strength. On top of that, the Black Panther is a master martial artist with peak human conditioning, which makes him a mean fighting machine. But Doctor Doom isn’t far behind. Actually, he’s also a master martial artist with peak human conditioning and indomitable will. He was known to wipe the floor with Black Panther even when his armor lost its juice.

Admittedly, in most cases, Doom didn’t fight fair and didn’t shy away from using deception, but let’s assume that both are pretty much on an equal footing when it comes to physical prowess alone. However, it’s also safe to assume that they would battle out in their respective suits, which enhances their capabilities. And this is where Doctor Doom has a clear advantage because, regardless of how sophisticated Black Panther’s suit is, Doom’s armor is more advanced.

It’s basically a nuclear-powered exoskeleton that enhances Victor von Doom’s strength and reflexes. It has plenty of built-in weapons to give him a bigger combat advantage. He’s also equipped with gauntlet phasers that proved somewhat effective against the Hulk, who was the only one that managed to shatter a force-field generated by Doom’s armor. In the battle of armor, it’s certain that Doom would know how to defeat the protections afforded by the vibranium armor.

So far, it seems, everything goes in Doctor Doom’s favor, but comic book history has pitted them against each other too many times to count, with different outcomes. One of those iterations really strikes close to the presumed narrative of the upcoming Black Panther: Wakanda Forever, scheduled to release on November 11, 2022. As we already know, the upcoming sequel won’t feature King T’Challa, due to Chadwick Boseman’s untimely passing in 2020.

Disney decided not to recast another actor for the role, which canonically leaves only one possibility — Shuri, T’Challa’s sister, will assume the mantle of the Black Panther. Whether or not that happens in the upcoming film remains to be seen, but we know for a fact that King Namor is making an appearance, and some sources suggested that Doctor Doom might appear in the film. Assuming that Shuri takes over Wakanda’s throne, the movie could adopt elements from the Doomwars comic book series.

In the series, Namor the Sub-Mariner approaches T’Challa, offering him a spot in Norman Osborn’s Cabal of Villains. Of course, the King of Wakanda refused, after which he was brutally beaten by Doctor Doom’s forces. With him in a coma, Shuri took up the mantle and powers of the Black Panther, making her the Queen of Wakanda. All the pieces, including Doctor Doom’s alleged appearance in the film, Shuri’s rise to power due to T’Challa’s absence, and the appearance of Namor the Sub-Mariner, all fit together into the cinematic adaptation of the Doomwars series.

We also know for a fact that the Fantastic Four are getting their own film as part of Phase 6, and considering just how much time it took for the Infinity Saga to finally reveal Thanos, the scenario described above is entirely possible. The MCU’s iteration of this fight would have to play out in favor of the Black Panther because of the whole “good beats evil” trope present in superhero films. That’s not to say that Black Panther can’t otherwise defeat Doctor Doom.

In fact, if the future MCU films ever adopt any of the elements present in Doomwars, we’ll have a cinematic adaptation of the clash between two kings, with one showing the other the power of true conquest. Whether by claw or by iron, our vote remains on the King of Wakanda.