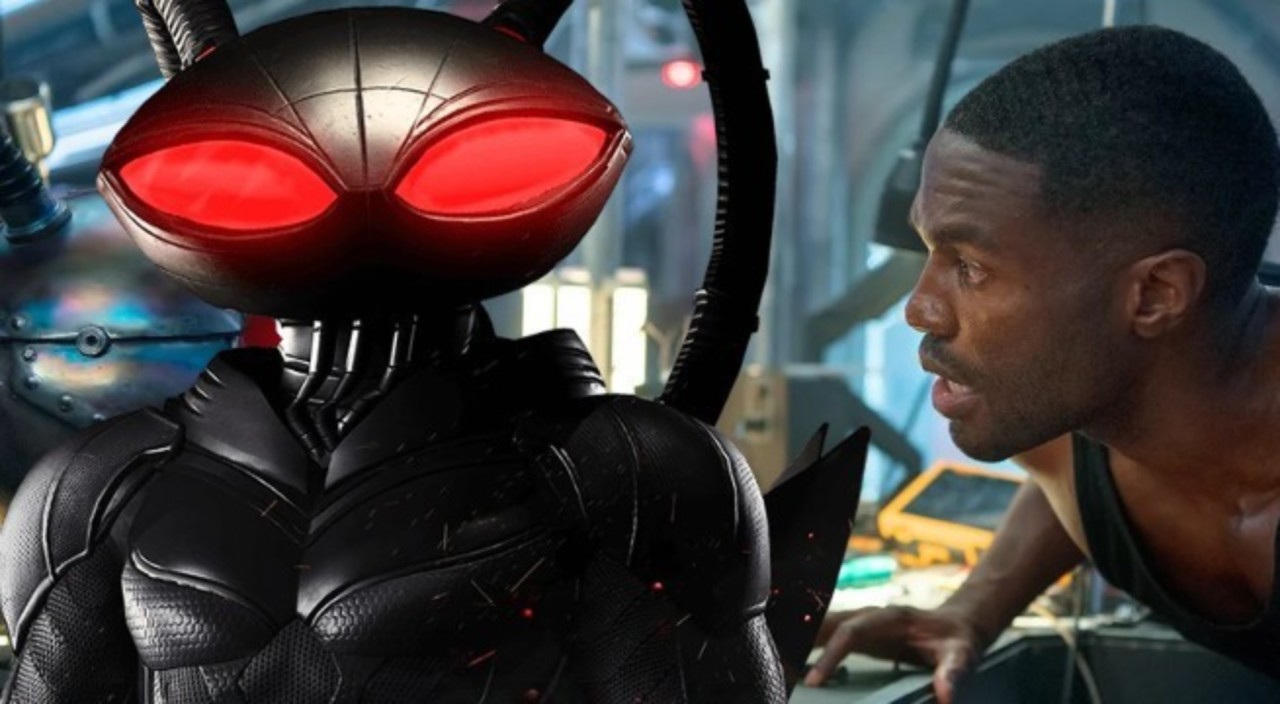 In the upcoming Aquaman movie, we already know that Black Manta is a villain who will have a side storyline. He is described as a mercenary and a treasure hunter named David Kane. Manta is being played by Yahya Abdul-Mateen II of The Get Down and The Greatest Showman. These facts are sparse, thanks to a tight-lipped James Wan (Aquaman director), but there are some clues to the character that we can gather from the comics.

Let’s dive into the Aquaman comics and discover some facts about Black Manta that may just make it to the screen this December.

He first appeared in Aquaman issue 35 in 1967. He’s been coming after the water laden superhero since then. After he was reimagined for the New 52 comics, Black Manta took on a new mission outside of his vendetta with Arthur Curry. In one comic, he actually takes up the trident when Aquaman and the Justice League are murdered by alt-Justice League from another universe. He actually became part of the team charged with ridding Earth of the alt-heroes 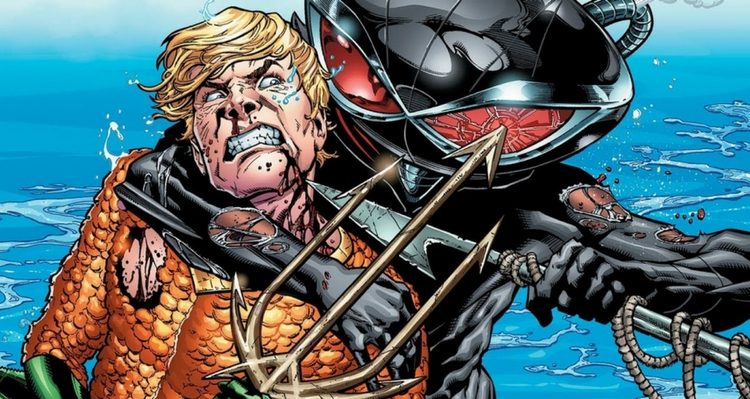 He and Arthur Curry are “Blood Brothers”

The story goes that David was a scientist and treasure hunter before he became the manta. Or, he was the mercenary and son of a scientist. There’s more than one story, which we will get to in a minute. The important thing is that David and/or his father went after Arthur before he became Aquaman, seeking the man’s Atlantean blood. Thomas Curry, Arthur’s Dad, tried to save his son and died of a heart attack. Enraged Arthur tracked David back to his boat where Arthur murdered a man he thought was David. It was David’s dad. That’s how their savage bond was forged.

Manta’s Origin Story was a Mess before Flashpoint

David had a hard life before he crossed over the New 52 with a new life story courtesy of Flashpoint. He was a mercenary, a scientist, a treasure hunter, and in some stories two of those things at the same time. He came from Baltimore or Gotham City depending on what origin story your read and may or may not have a family. There were also kidnappings and torture with mutant gene enhancing serums…it got bad. These origins were concocted and overlapped. They became a mess until the New 52 provided an opportunity to streamline things.

The New 52 Black Manta is a Simpler Man

In the New 52 comics, David Hyde is a treasure hunter who is the son of a scientist. The scientist was studying Atlantis and wanted the blood of a suspected Atlantean, Arthur. They went to get it one night and Thomas got into a struggle with David. Thomas died. Arthur flew into a rage and went to David’s boat where he killed David’s father, thinking he got his father’s killer. This fueled David’s turn to science to build the Black Manta gear and persona. He is out for Aquaman now.

This timeline seems closest to the movie version, anyway.

Manta was Almost on the Suicide Squad

In Aquaman featuring Black Manta issue 231, Manta has been captured and is in Belle Reve. If you know the Suicide Squad books, then you know that this is where the members are handpicked by Agent Waller–a badass and curvy Black woman who no one messes with. She came to David and offered him a spot on the Squad. He declined. Later, Black Manta would join a few teams in arcs that are oftentimes confusing on who is fighting who. 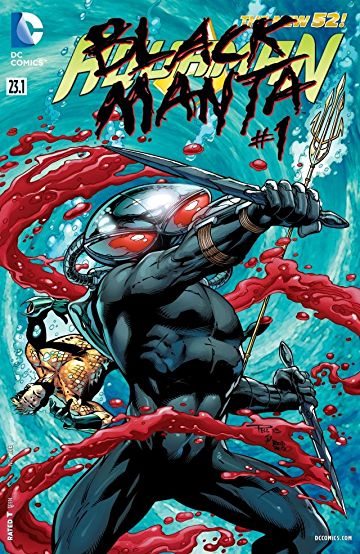 In one of the old school storylines, Black Manta is a treasure hunter in Bermuda. He has a wife and son who get kidnapped by Mera’s people. The boy is injected with a serum and tortured. The whole family is, actually. The boy becomes the second Aqualad eventually.

One thing has drastically changed between the comics and the film–Black Manta’s real name. He is David Hyde in the comics, but will be David Kane in the film. This is a minor detail because Black Manta’s identity only became solid in the last five years or with the New 52 reboot.

Throughout the Golden Age of Comics, Black Manta was trotted out as a side story ready-made just for the Aquaman centered books that needed a good matchup. DC writers would construct storylines for the character that changed as needed for the Aquaman issue or storyline at hand. Afterward, they discarded the backstory and shelved Black Manta until the next time there was a space to fill. For decades after he was first introduced, no one knew who he was outside the suit or what he did. A flimsy, temporary origin was only created when it was finally needed for the Aquaman story.

That’s why the man has a family in some comics where before there was none and why he was an evil mercenary sometimes and other times he was just a treasure hunter poisoned by vengeance. No one ever gave enough thought to the character to create a solid backstory until he was resurrected for the reboot. Flashpoint created a great opportunity to make the change.

Geoff Johns Compares Black Manta to The Joker in ‘Aquaman’