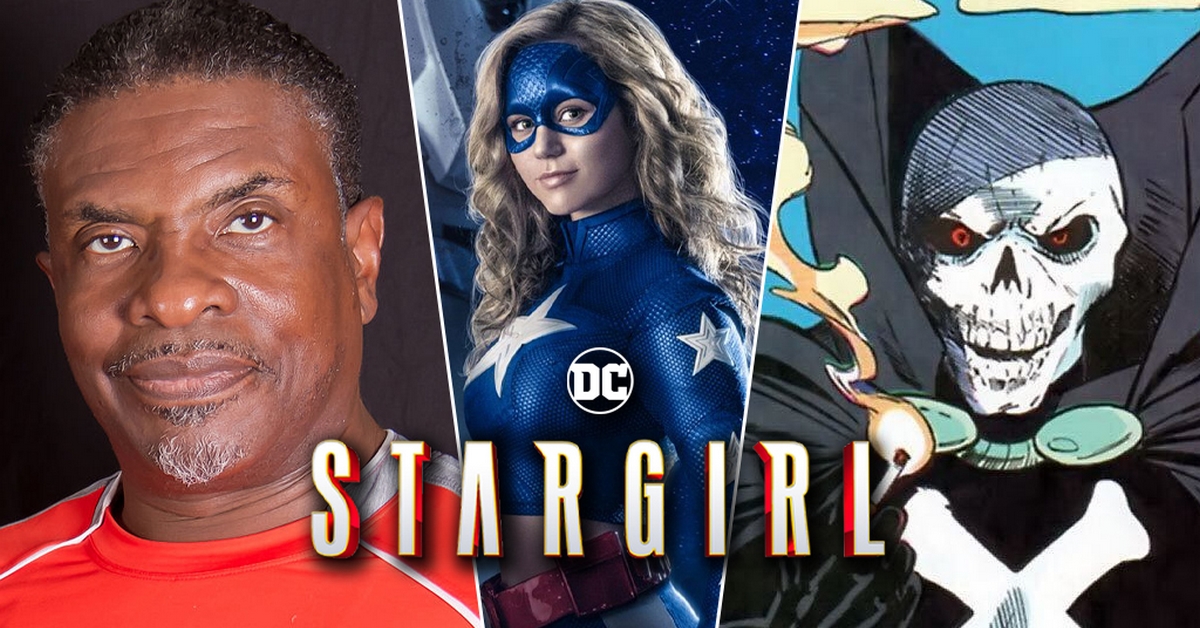 The Season 2 finale of Stargirl featured an epic showdown between the titular heroine and the Justice Society of America (JSA) against Eclipso, revealing the upcoming season’s next big baddie villain, Mister Bones. He made his first, and so far, only appearance in Episode 13 of Season 2, titled “Summer School: Chapter Thirteen,” as a man with translucent skin, dressed in a coat over a suit and a tie — and voiced by the legendary voice-over talent, actor Keith David.

His last second appearance effectively sets him up as the next season’s villain, but before the character reappears again in the upcoming season, DC fandom would like to know more about Mister Bones, his superpowers, origins, history within the comic book lore, and what exactly does he want with our resident Super Teen?

Who Is Mister Bones?

Mister Bones, also known as Robert Todd, is a comic book character originating from the DC Comics Universe, first appearing in Infinity, Inc #16, published in 1985. He’s conceptualized as a reformed low-level supervillain that joined the Infinity, Inc., team but later went on to become the Regional Director for the Eastern Seaboard for the Department of Extranormal Operations, a government agency that regulates the work and activity of superheroes. As a result, he’s now donning a suit and a tie instead of his black costume with a red cape and two bones crossed at the chest.

His origin story, much like his appearance, isn’t so pleasant on the senses, though one is the cause of the other. Namely, Dr. Benjamin Love (aka Amos), a gynecologist, experimented on six pregnant women, injecting them with experimental mutagenic drugs. Each of these women later gave birth to a metahuman child — Mister Bones being one of them. Dr. Love kidnapped the infants and raised them himself through books, radio, and television, never allowing them to leave the house.

Years later, Mister Bones and his “siblings” learned the true story of their origin and confronted Dr. Love for what he had done to them, resulting in the decision to execute the not-so-good doctor. Mister Bones was the one who took Dr. Love out in the desert alone, planning to kill him with his cyanide touch — not exactly a superpower, but Bones’ skin secretes a cyanide compound instead of sweat. Instead, Love begged for his life. Bones decided to let him live, which would later cause issues within his “family.” After the supposed death of Love, the six had created costumes to go with their respective names and called their group Helix, with Mister Bones and Penny Dreadful, who later became Mister Bones’ secretary before returning to villainy, as the most prominent members.

What Are His Superpowers?

The mutagenic drugs he was exposed to in-utero really changed the future Mister Bones, making his skin and soft tissue translucent, resulting in his recognizable and macabre skeletal appearance. But making him less appealing to the eyes isn’t the only thing mutagenic drugs have altered in Bones. They granted him superhuman strength and endurance, paired with the aforementioned cyanide touch via his cyanide-based sweat, which is lethal to anyone who touches his skin. And while this secretion also allows him to be immune to cyanide poisoning, Mister Bones has to wear leather gloves at all times to prevent him from accidentally poisoning others.

When it comes to weaknesses, well, despite the advantage provided by the deadly touch of his skin, that same “condition” also counts as his weakness since he can’t touch another human being without killing them. He’s also missing his left leg, which he lost before his appearance in the Stargirl television series, meaning that he has to wear a prosthetic limb.

How Does He Fit in the Stargirl Series?

Well, after his run with the Helix, which eventually disowned him, and having left Infinity, Inc., Bones became the director of a local branch of the U.S. Department on Extranormal Operations, where he has numerous interactions with superhumans and their organized operations. As a director of the D.E.O., Bones has sometimes requested various DCU teams for their covert assistance, including the Justice Society of America.

Given his appearance in the Season 2 finale, in suit and tie, it’s safe to presume that Bones isn’t exactly an arch-villain. He might be a villainous figure for a season or two, but his reformed status within the comic books ultimately garners a potentially different role within the Stargirl series — that’s if the showrunners wish to adhere to the comic book narrative. It’s also worth noting that this version of the character is the director of the Helix Institute for Youth Rehabilitation, which references the DC Comics group Helix and not an actual place described in the comics.

The CW has yet to announce the release date for Season 3 of Stargirl, which is likely to debut somewhere in summer 2022, with Mister Bones (voiced by Keith David) presented as the season’s villain. However, given the reformed nature of the character within the comics, it’s entirely possible for the television series adaptation of the character to display the same amount of complexity as Amanda Waller, for example. They’re not exactly good and not exactly bad. But they will do bad things if those justify some greater good. And as to what does he want with our resident Super Teen, well, we’ll have to wait for Season 3 to find out.