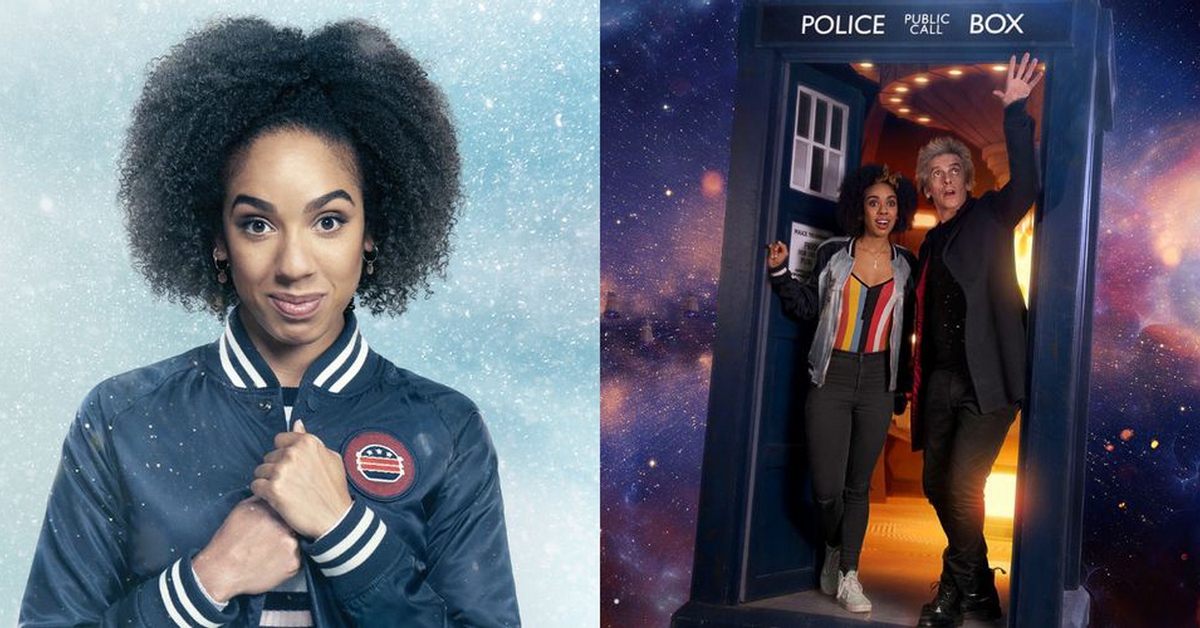 There have been plenty of Companions since Doctor Who initially aired in 1963, and fans have their favorites, as well as ones they aren’t too keen on. Older eras of Doctor Who, called Old Who or Classic Who, emphasized the Doctor as the main character of the show, sidelining companions as mere plot devices that generally served one purpose — asking the questions that the audience wanted an answer to. Admittedly, Doctor Who was initially conceptualized as a family education program.

However, there was a notable shift in how the series’ 2005 reboot, dubbed as New Who by the fans, treats the Doctor’s companions. They, for the first time in the series’ history, had a microscope shown on their life outside the TARDIS, along with their own storylines. This led to the introduction of new, more interesting companions in the New Who series, such as Rose Tyler, Amy Pond, Clara Oswald, and perhaps the most interesting, Bill Pots, portrayed by Pearl Mackie.

Rose Tyler (Billie Piper) was the first Companion in New Who, who actually got quite a fair amount of screen time, appearing in 30 episodes, so it’s not all that surprising to learn that she’s still one of the most popular companions. Not to mention that during her tenure, the audience witnessed the possibility of the Doctor being romantically involved with a companion for the first time in the show’s history. Both Amy Pond (who appeared in 32 episodes) and Clara Oswald were brilliant characters portrayed by fantastic performers, and Whovians will remember them fondly for years to come.

Amy (Karen Gillan) was always portrayed as a quirky and distinctive young woman who possessed something indefinably odd and otherworldly about her. Whether it was the crack in her bedroom wall or her Time Lord pregnancy, she was frequently at the center of the show’s mysteries. It was up to the Eleventh Doctor (Matt Smith) to figure out why. Her successor Clara (Jenna Coleman), adhered to much the same mold. The Doctor was astonished to discover many incarnations of the Companion in various periods of space and time, prompting him to refer to her as his “Impossible Girl.”

However, both the Pond and Oswald eras of Doctor Who were met with criticism — with most of the blame falling on Moffat — for the significant impact both companions had on the larger plot arcs and the emphasis placed on them. So, the series needed a fresher approach to this new Doctor/Companion relationship and the overall relationship the show and the audience had with the Companions. Enter Bill Potts — a Companion painted as the most ordinary of girls but with a strong moral compass.

Her inquisitive mind earned her a spot on the TARDIS, but she was a typical girl in her early twenties, with complicated love interests and a dead-end job — an ordinary person plucked from the British working class to witness the wonders of the universe. She’s somewhat reminiscent of Rose Tyler, but unlike Rose and her Bad Wolf metamorphosis, Potts appears to be intentionally written as an absolute antithesis to all that came before her — far away from being at the center of any kind of universe-wide mystery.

Put simply; Bill was us, the viewer. She performed the exact roles the companions were supposed to, allowing the audience to witness the wonders of the cosmos through a human pair of eyes. But she was far from being a mere conduit for exposition; she was a character with personality, depth, and impeccable one-liners. Most importantly, though, she wasn’t the center of some intergalactic mystery. Bill just witnessed the wonders of the universe much more as an observer rather than being an active component.

Even her debut episode, “The Pilot,” which aired on April 15, 2017, wasn’t focused entirely on her — something die-hard fans of the series greeted wholeheartedly, along with the ease and speed with which Bill established her relationship with the Doctor. In fact, Bill was an entirely different companion from her predecessors. She was cool, fun, and really excited about life, and that was exactly what the audience got on screen.

While most companions got used to the universe-traveling lifestyle of the Doctor and eventually grew more accustomed to seeing cold suns and pocket universes, Bill never lost her humanity. She kept her human life up, moved into a house, went on dates, and got disgusted every time someone died in the series, or even furious at the Doctor on occasion or two. But other than being a less-complex companion that allowed the fans to enjoy the show without having to take notes, Bill was also given her own storyline.

She holds a special place in the Whoniverse, as she was the first openly gay Companion of the Doctor. Sure, Captain Jack Harkness was also a member of the LGBTQ+ community, but this was never openly explored on-screen in the series proper (not counting Torchwood), and technically, he’s omnisexual. This truly allowed the fans to connect with Bill as a character, and many saw it as a step towards fully representing the vast and diverse audience that the Doctor Who series has.

However, what made her portrayal really life-like was Moffat’s decision not to make her sexuality the backbone of the character, instead of her inquisitive nature and a strong moral compass. This distinguished her from other LGBTQ+ characters in television and cinematic media, whose orientation is often turned into a plot point rather than reflecting real life. The character herself stated that she doesn’t explicitly tell people she’s gay because it’s not her defining trait — a genius move by Moffat, which only made Bill feel more like a real person.

Her departure from the show was perhaps the saddest in the history of Doctor Who since she clearly believed that the Doctor had died. She laid him on the TARDIS’ floor, kissed him goodbye, and left with her partner to explore the universe together. Unfortunately, Pearl Mackie didn’t stick around too much and was only featured in one season of the series, leaving the show along with Capaldi’s Twelfth Doctor and Moffat — leaving a clean slate for the current showrunner, Chris Chibnall.

Despite her short tenure as the Doctor’s Companion, Bill Pots had a lasting impact on the show’s history. Not only was she relatable to the audience, but her role probably helped many fans of the show on their individual journeys to the acceptance of their sexualities, as well as paving the way for future LGBTQ+ companions — most notably, the Thirteenth Doctor’s Companion Yasmin Khan. Something similar is happening with the show right now, as Jodie Whittaker is stepping down from the role of the eponymous protagonist, passing the baton to the next Doctor Who actor.

Those interested on catching up with the latest Doctor Who adventures may watch the reboot of the series on BBC One.