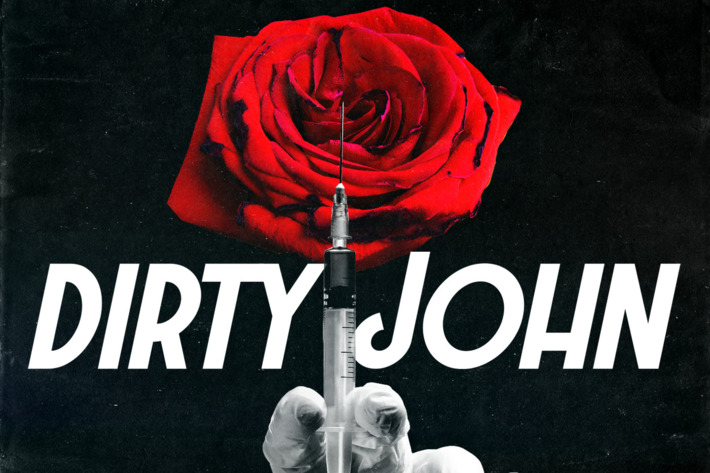 If you ever get into it, it’s hard to look away.

True crime is the most extreme, evocative, harrowing story you’ll ever see, hear or read about involving real people, plot and a twist. It draws you in because the circumstances start out so tantalizingly ordinary. These people could be ones you see in the neighborhood, in your book club, girl’s night out group or your church, then POW! Something bad happens.

Sometimes good wins and the person in peril is saved but most of the time, red-blooded human beings are the victims of crimes involving cons, thefts, and murder. Money is lost, blood spills and often, lives are ruined. The thought is that it’s horrible and sad if it wasn’t so enthralling.

Dirty John is based on a true-life story that was serialized in the Los Angeles Times and later made into a podcast by Wondry. Now Bravo is making it into a series starring Eric Bana (J.J. Abrams Star Trek and Connie Britton (from SMILF and Fox’s 9-1-1). It’s the story of a middle-aged Southern California mom, divorcee and working woman, Debra Newell, taken in by a middle-aged, handsome drifter, John Meehan. During their time together, he manages to marry her, spend her money, emotionally separate her from her grown children, mother, relatives and … there’s more but if you are a true crime fan, you know that already.

“You know what? I have to say there is something about knowing that something really happened and that people behaved in these extreme ways towards each other,” says Dirty John executive producer, Alexandra Cunningham.

“There’s never going to be anything more interesting than that to me, knowing these people really existed for whatever reason that I can find out or not find out. They made these choices.”

In a 2010 study of Social Psychology and Personality Science, more women prefer true crime than men and while a large percentage of noted crime stories involve white females, calculated crimes often have no color line. 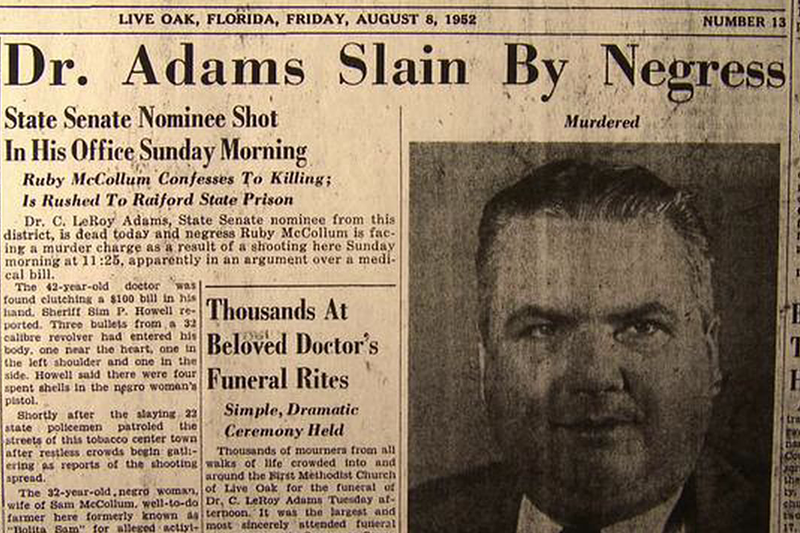 Writer/journalist Zora Neale Hurston investigated the 1952 murder of a small-town white doctor by one of his patients, African American Ruby McCollum, for the Pittsburgh Courier newspaper and although Hurston, a freelancer for the publication, could not stay with the assignment, she was interested enough to share her notes with another journalist. The reveal in the murder case was a hidden world of small-town illegal gambling, forced sex way before women’s rights, affairs, and heinous racism.

Jealousy and a belief that his wife was going to ask for a divorce was a motive in the case of actor Michael Jace. Jace played a cop on the FX series, The Shield. He played a good cop conflicted about his sexuality and in real life, had no prior offenses.

He’s in prison now for the murder of his wife, April, whom he killed on the night of May 29, 2014, with a shot in the back and two in the legs shortly after she arrived at their Los Angeles home. However, like most people in true crime stories, prior to the incident, every public picture of them was all smiles. They were parents to two sons. April was a working mother.

Like Debra Newell and “Dirty” John Meehan, everything seems great, until it isn’t.

Sparkle Reid Rai was a 20-year-old new wife and mother in Mississippi in 2000 when she was strangled and stabbed to death at her home in Union City. The hitman was hired by her father-in-law, a local businessman, but it was years before police officials and lawyers could trace the evidence back to him.

A hitman for hire was also a blood-curdling factor in the killing of Lita McClinton Sullivan in 1987. According to reports, Lita was 23 when she met older, divorced businessman John Sullivan in Atlanta. Her parents weren’t happy but she married him anyway and when he started to make money, they moved to ritzy Palm Beach, Florida.

He wanted to do the society thing, something the Florida town, full of millionaires and waterfront mansions, is known for. However, 1980s-era Palm Beach just wasn’t ready for an interracial couple at their charity balls and the couple didn’t climb the social ladder like he expected.

Sullivan reportedly blamed her, cheated on her and when she left him and filed for divorce, didn’t want to share the money so he hired a hitman who killed her. It was years before all of this could be proven and Sullivan brought to trial and convicted.

Justice was finally done. Several books and at least one Dateline episode have been devoted to this case but it is one of many. The details are the draw.

Dirty John’s locale is also ritzy, the south side of Orange County aka “The Orange Curtain” (and this writer can say that she spent some of her high school years there) near the ocean. Newell is a highly successful Newport Beach commercial interior designer. She’d already gotten her business to that place where she didn’t have to push so hard. Her kids were grown and doing well. It’s not a new story, like a lot of single successful women, she still wanted that icing on the cake, that little bit of dessert. She wanted to be successful in love.

And we want to know why — when people don’t get it right, get fooled, get worse things happening to them. True crime podcasts and TV limited series are watched by women and driven by female demographics. Statics haven’t broken down exactly how many are African-American, however, if you look for it, you will find out that we, more than white women are more likely to be victimized in domestic relationships, and that women, in general, are 70 percent more likely to be killed by a relationship partner. Not fun to know and yet we continue to be drawn to the stories. Sixteen new true crime books were released in May 2018.

“Like I always say to my husband, ‘If you ever get to a point where you want to kill me for the money, says Cunningham. “Could you please just not do that because I have a lot of friends who are cops and lawyers and DA’s.’ That is one of the reasons I want to do this show. You’re not going to get away with it. So just come to me and say, ‘I just really need money and I want to get divorced and I’ll say, ‘Ok, let’s discuss that. Just don’t do the dumb thing because you won’t get away with it.

“So many people do and some of them are sociopaths and some of them aren’t and the ones that aren’t are scary too. Like, you woke up and realized that you shouldn’t have done that? That’s tragic too. True crime is like Greek Tragedy and maybe that’s a pretentious way of saying why I like it but it is extreme and I like extreme.”