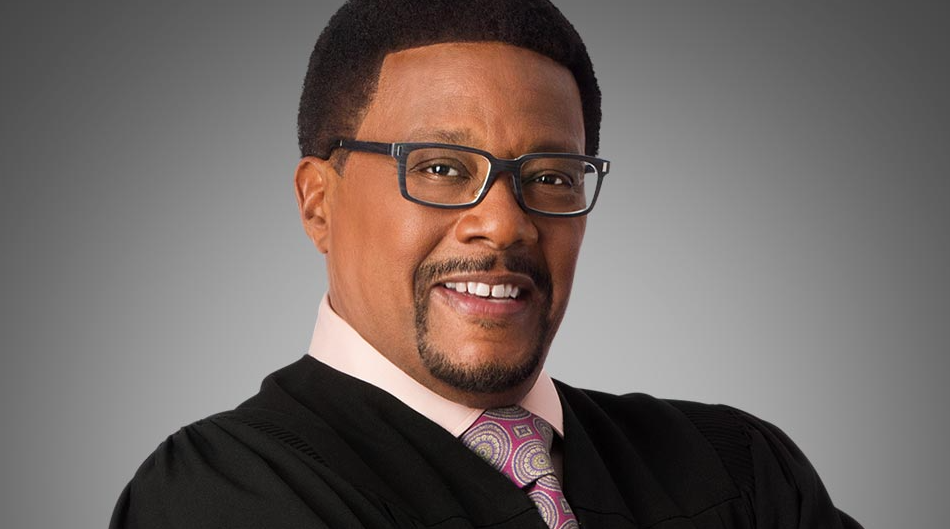 Without a doubt, the world of BET’s American Gangster is pure scandal and retribution. The documentary series focuses on Black America’s notorious gangsters with narration by notable people each season, including actor Ving Rhames. Premiering in 2006, each season tells the stories of different groups of infamous lawbreakers.

This season is narrated by iconic rapper Lil’ Kim and executive produced by Arthur Smith, Frank Sintion, and Daytime Emmy Award-winner and activist Judge Greg Mathis. Mathis is known for his journey from jail to judge, advocacy for restorative justice, and court show, The Judge Mathis Show. Although the women of Season 3 committed serious crimes, he extends the important message that second chances are possible for those that go down the wrong path in life.

At the intersection of race, poverty, education accessibility, and more–the playing field isn’t leveled for many people to succeed in life. However, this show is a real-life example of how it’s possible to break the cycles of crime and create a new chapter. Trap Queens includes first-hand accounts combined with archival footage that chronicles the true rise and fall stories of each woman.

BGN spoke with Judge Mathis via Zoom for more insight into why stories like this need to be told and how they relate to his journey. One of the most important things the judge pointed out was the unique disadvantages Black women face compared to other marginalized communities.

He explained, “I executive produced and co-created the show to provide a cautionary tale with an inspiring ending. This story depicts one area of crime that most people overlook in the penal institutions. Women, Black women in particular, not only commit crimes that affect themselves but their families. They’re more likely to have children. They’re more likely to have others dependent upon them. To that extent, I wanted the viewers to know the ramifications. Meaning young girls watch. It’s not all peaches and cream. You get shot at, robbed, jailed, and abused in jail.”

At times, the season shows female gangsters living in what seems to be the lap of luxury as they make significant money with illegal pursuits. Yet, it’s transparent about the harsh consequences of crime that ultimately leads to punishment and violence. “All those things [shot, robbed, jailed, abused] come with that 90-day run, as I call it,” Judge Mathis said. “Because the average criminal gets about five years, I referred to it as 90-day.”

It was vital to show the realistic ramifications of crimes that aren’t typically portrayed on-screen. This includes enduring police, gaining enemies, gunfights, robberies, and more that aren’t in the “rap songs” and aren’t “sensationalized” in the media. That was the first step of the season, but not the last. The second component Mathis had in mind was to show what it looks like on the other side of crime, with redemption.

He said, “We want to inspire because all the ladies we pick have come from prison and are redeeming themselves in some way — whether it’s engaging in a nonprofit, which many of them are, or whether it’s taking care of their family in their community.” The women this season become mentors to others and work to use the same skills that made them excellent schemers into good role models.

Judge Mathis shared how his own mentorship to others informed Trap Queens. “When I first came out of college, so many friends and family members needed help and wanted mentorship,” he said. “Two years after leaving college, I started a youth agency. That met every first Saturday at our local church where we gave out information and had professionals come in and give presentations to folks who were in need to uplift them.”

20 years after the agency opened, the 10,000 square foot Mathis Community Center was built to train, assist, and mentor young people. Judge Mathis wanted to give others what was given to him, particularly by his mentor, activist, Rev. Jesse Jackson.

When Judge Mathis was in jail, Jackson came to speak to inmates. That’s when Mathis made a decision that would change his life. He approached Jackson after and asked to help him fight for justice. Judge Mathis recalled the politician’s response, “Only if you go to college — I can’t help you here. If you come out and go to college, then you can come back and work with me.” That’s exactly what Judge Mathis did.

Jackson was an inspiration for him throughout his journey to judge. Mathis explained that it was vital for him to work with a “strong Black man who was fighting against the system.” Judge Mathis went from Jackson’s mentee to running his ADA campaign in Michigan and now is the chairman of the board for PUSH Excel, Jackson’s organization that advocates for educationl policies that guarantee equal funding for students across the board.

With all of that said, Judge Mathis hopes people understand that change is a process, and it takes time, work, and sacrifice. Many marginalized communities are breaking generational curses and working through multi-generational trauma. Judge Mathis explains that the show “provides a little snapshot” of the devastation that crime brings to the community at large and “the fear that is projected onto the community as a result of that.”

For those looking for a second chance, Judge Mathis recommends taking things one step at a time when it comes to change. He said, “Well, don’t try and do it all at one time. The transition won’t be quick. It may take a couple of years to transition. Certainly, you can stop the type of criminal activity that will send you to jail for a long time. If you get out of that environment.”

It’s about “incremental successes,” he explained. “When I got my GED after coming out of jail, I was on top of the world then — because I hadn’t gone past 11th grade. So, I really thought I did something. Then, when I entered college, wow! I never thought I could get into college. Thank God for affirmative action. Then, when I got my degree — the biggest moment in my life.” Following that, Judge Mathis was accepted into law school, which was truly the “biggest moment” in his life. He concluded, “So everything is the biggest moment of your life. Every time you make a successful step. It’s incremental steps, that are a success.”
When it comes to Judge Mathis’s work on Trap Queens, art mirrors life, and he’s using his experiences to create work that offers people the path of redemption that he was offered.

American Gangster: Trap Queens premiered on BET+ on April 7 and can be streamed on BET Plus.