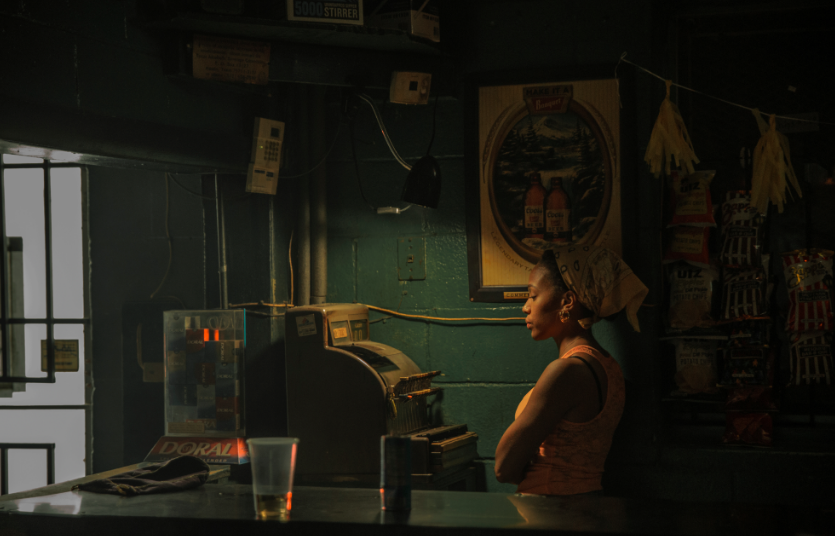 This past year and present have some hefty performances underway from talented Black actresses. Viola Davis in the Netflix film Ma Rainey’s Black Bottom is receiving critical acclaim for her stunning work as the titular character. Other performers on Netflix’s slate are Zendaya in Malcolm & Marie and Radha Blank for The Forty-Year-Old Version. However, Netflix is not the only streaming service with a Black female performer who is a strong contender. There’s also Hulu with the Lee Daniels film United States vs. Billie Holiday. In Andra Day’s acting debut, she plays one of the most complex and tragic heroines in music — depicting the illustrious Billie Holiday.

And then there is the independent distributor Vertical Entertainment with the film Miss Juneteenth. Actor Nicole Beharie plays a small-town Texan mother cultivating her daughter to become a beauty pageant winner. She gives an impeccable performance.

Currently, the awards season is in full swing. All of the big movie studios, independent distributors, and streaming networks are campaigning their films in front of guild members and film critics to screen before the big kahuna — the Oscars —  makes its premiere April 2021. The streaming giant Netflix has its own department devoted to campaigning for films each year during awards season, making it easier each year for movies and performers to earn slots in award categories. Hulu also has their own “for your consideration” campaign teams. However, independent distributors often don’t have the manpower nor the budget to prop up heavy marketing campaigns to get the properties in front of everyone to see.

So I’ll make the case here for Nicole Beharie to be considered for Best Actress for Miss Juneteenth.

In the case of Miss Juneteenth, Nicole Beharie delivers one of strongest performances of her career. She carries the film as a mother who is trying to correct the mistakes of the past and lives vicariously through her daughter in this relationship that see-saws throughout the story. She’s already getting notoriety for her performance winning a Gotham Award for Best Actress.

In an interview over the phone with Beharie, BGN chatted with her about playing Turquoise Jones in Miss Juneteenth and about how selective she is in the kind of roles she’s played throughout her career.

This film explores the pageant world through the lens of the Black experience, which is something we’ve rarely seen on screen. When discussing with Beharie that she put a lot of muscle into her performance, she went literal.

“I’m going to be honest. I had an ankle sprain. One of the houses that we were shooting in was a really old house. A floorboard or something broke, and I sprained my ankle. So I ended up having to do the rest of the shoot, and this was pretty early on in the shoot, with a boot on until the very end. They ended up having to shoot over me. There were some scenes where you see I had a cowboy boot on because they needed to hide the ankle sprain.”

Beharie took a lesson from that injury and learned about pace as an actor.  It helped her work around director Channing Godfrey Peoples’ pace.

“She gave us space to be seen, and to be heard. Very subtle. I really enjoyed it, so it was nice to be a part of that,” Beharie says. For her, working through that injury was a challenging moment. “You can be an actor, and it’s all in your head. And then you sprain your ankle. It grounds you.”

In the film, Turquoise Jones, a former teen beauty queen and single mother, now wants her teen daughter Alexis (Kai Jones) to follow in her footsteps. Turquoise is trying to course correct the past including rekindling her relationship with her ne’er-do-well baby-daddy Ronnie (Kendrick Sampson). However, Alexis has dreams of her own that don’t quite align with her mother’s beauty queen hopes and desires.

Beharie regarded her character and Kai’s as “a celebration of women.” The characters connect deeply on screen and they resonate with you hours after you finish watching. It’s truly the kind of film that you walk away wondering what will happen in the next chapter of Turquoise and Kai’s life? This is not only a testament to an incredible script written by Channing Godfrey Peoples but also a captivating performance that Beharie helped bring to life.

“If it weren’t for Channing’s sensitivity,” Beharie says, “and her intimacy with the material and knowing that it’s her community, the way that she chose to show these people and then seeing Channing with a baby on her hip [on set] shooting, and her community rallying behind her was just kind of like, it can be done. Wow. Look at who we are.”

Nicole Beharie throughout her career has elected to take on roles that feature fully fleshed out three-dimensional Black women. In another role, also based in Texas, called American Violet, Beharie gave a groundbreaking performance as Dee Roberts, based on the true story of a woman falsely accused of dealing drugs. Beharie mentions how Alfre Woodard, who played her mother in the film, was a mentor to her as a budding performer the same way she was for Kai in Miss Juneteenth.

Beharie also appeared in other films such as My Last Day Without You, Shame, and 42. In Steve McQueen’s Shame, she managed to steal every scene from actor Michael Fassbender who was quite the Hollywood star at the time. TV fans and sci-fi nerds and geeks most likely know Beharie from her legacy on the Fox TV series Sleepy Hollow as Abbie Mills.  She will be forever be remembered as the highlight of the short-lived series. She returned once again to genre TV, making an appearance in Black Mirror. When asked if she would do genre television, she didn’t hesitate at all about jumping back in the saddle.

“Of course!  I’m a Black girl nerd. I’ve read every single Octavia Butler book probably once or twice. Maybe three times on some of them. I’m also a fan of Tananarive Due. So yes, absolutely,” says Beharie.

While Miss Juneteenth illustrates Beharie’s strength as a dramatic performer, she wants to do so much more in her career. The 36-year-old actor says she wants to sing, perform musicals, and add a little levity to her resume, along with doing some writing.

“I love music so there’s some musicals that me and my team are looking at. After this last year and maybe for the next year or two, I think we’re gonna want some warm-hearted fun stuff to watch. I’m also writing some things, and collaborating with some people, that I’m really excited about. I think it’s gonna be different than what people generally expect from me. We’re in the era where people are doing things so magnificently. It’s so inspiring, so why not me?”

Absolutely. Why not Nicole Beharie? She’s definitely one to watch this awards season.

Miss Juneteeth is available for streaming on BET+

‘Miss Juneteenth’ Is a Beautiful and Rewarding Pageant Story