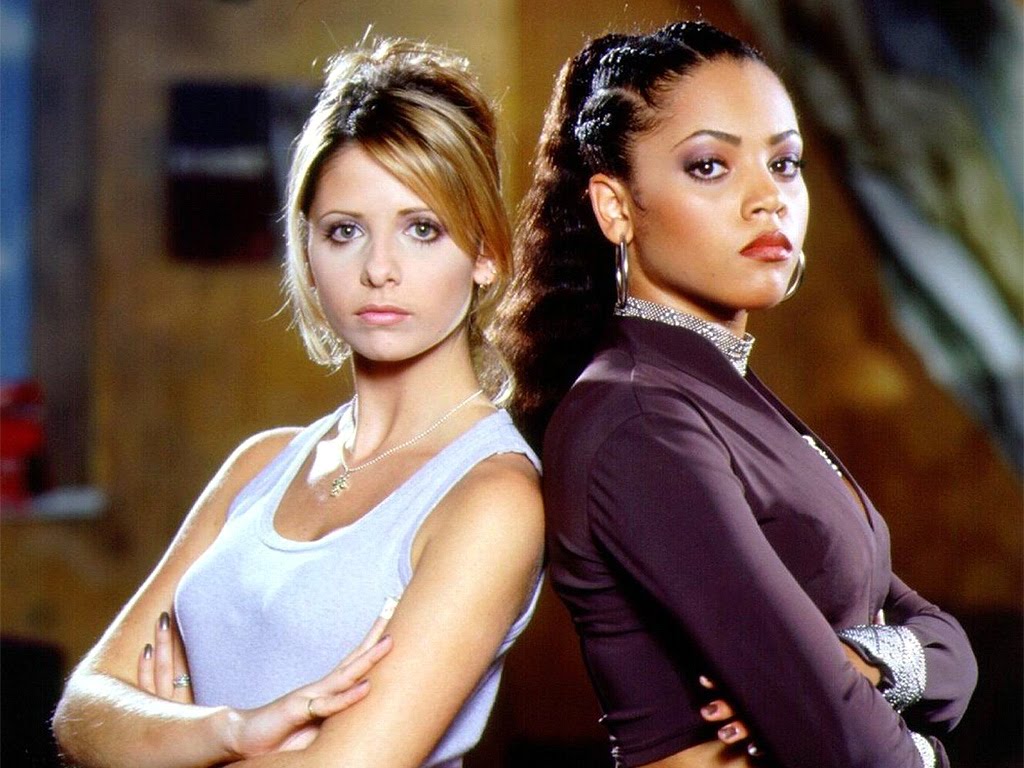 In every generation, there is a chosen one

She alone will stand against the vampires, the demons and the forces of darkness

She is the slayer

In every generation, there was only one slayer. Then, Buffy Anne Summers happened.

One of the biggest stories to emerge from Comic-Con this summer is the announcement of the Buffy the Vampire Slayer reboot. The reboot would serve as a sequel/spinoff with a black lead and with series creator Joss Whedon and Monica Owusu-Breen at the helm.

The excitement and fanfare for the new series continue to grow and for good reason. BTVS is considered by many critics and academics to be one of the greatest television series of all time. More than that both BTVS and Whedon have proven themselves to be game-changers in terms of storytelling, speculative fiction, and pop culture.

A black female protagonist would no doubt result in an extraordinary heroine immersed in new compelling epic narratives. After all, the audience was allowed a glimpse of such #BlackGirlMagic in the form of one Kendra Young, the Vampire Slayer.

Debuting during the second season of the original series, Kendra was a Jamaican slayer who was activated after Buffy was hypnotized, drowned, and briefly died at the hands of season one Big Bad, The Master. This resulted in Kendra gaining her powers and for the first time in history, there were two active slayers. Like Buffy, Kendra possessed superhuman strength, speed, reflexes, agility, natural fighting ability, and the occasional prophetic dream. 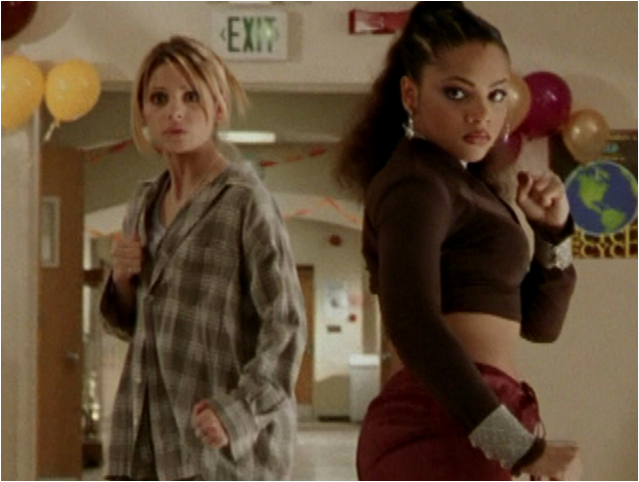 However, that’s where the similarities end. Whereas Buffy is independent and headstrong in terms of personality, Kendra was precocious and most Spartan. All business, Young was aptly referred to by Buffy as “The She-Giles.” Buffy and Kendra’s dynamic was not unlike what one finds in a buddy cop action comedy. Over time, the relationship evolved from adversarial to reluctant allies, eventually moving to that of mutual respect with the unspoken bond of a sisterhood between the chosen two.

Sadly, like most slayers, Kendra’s fate would be a brief and tragic one. She would die at the hands of the vampire Drusilla while protecting Buffy’s loved ones at the end of season 2. Kendra’s death would result in a troubled bad girl Faith succeeding her. Although she only appeared in three episodes, Kendra ranks to date as one of the most popular and beloved Buffy alumni.

To play such a groundbreaking character requires a most gifted actress as Bianca Lawson proved. In addition to being Beyonce and Solange’s step-sister, Lawson is an accomplished actress whose credits include Saved by the Bell: The New Class, Teen Wolf, The Vampire Diaries, Nikita, Pretty Little Liars, and Queen Sugar. More than that, Lawson has the distinct achievement of playing a 17-year-old in films and movies for over 17 years. If that doesn’t epitomize black excellence (and how black don’t crack), then nothing does. 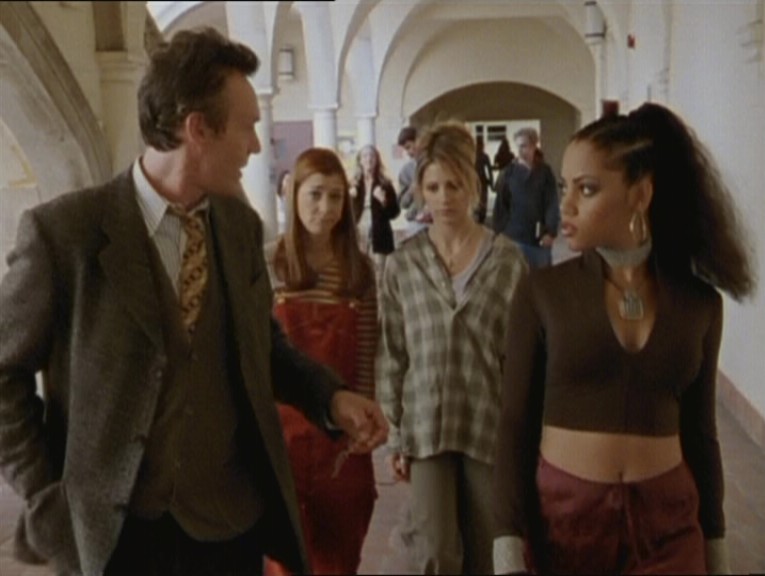 What makes Kendra such a pioneering heroine is because in many respects she was the superior counterpart to the white chosen one. Black characters, particularly black teens, are often reduced to one-dimensional tropes. Too often they are reduced to simply being the jocks, the comic relief, byproducts of the “hood”, or other deplorable minstrel shows. Kendra was precocious, more skilled, and all business. She was a weapon who honed herself to be a machine. Such exceptional qualities are rarely shown by black characters.

To compare Buffy and Kendra would be similar to comparing Harry Potter and Hermione Granger. When it comes to innate ability and taking to one’s power and destiny like it’s second nature and redefining what that entails, Potter and Buffy are superior in that regard. When it comes to being the superb ideal student, witch, and slayer, Hermione and Kendra aka #TeamBlackGirlMagic are easily without peer.

In comparing both classes of characters, it showcases how they are different yet equally superb in their own right. After all, Kendra being on the losing end of her first fight against Spike (the only vampire to ever kill two slayers), and the use of hypnosis in her death at the hands of Drusilla were symbolic throwbacks to Buffy’s previous defeat and near death at the hands of William the Bloody and her brief death when she faced off against the Master. In essence, Whedon reminds us that Buffy’s fate is a curious one because she cheated death twice and overcome impossible odds when “superior” slayers than her have fallen in identical predicaments. 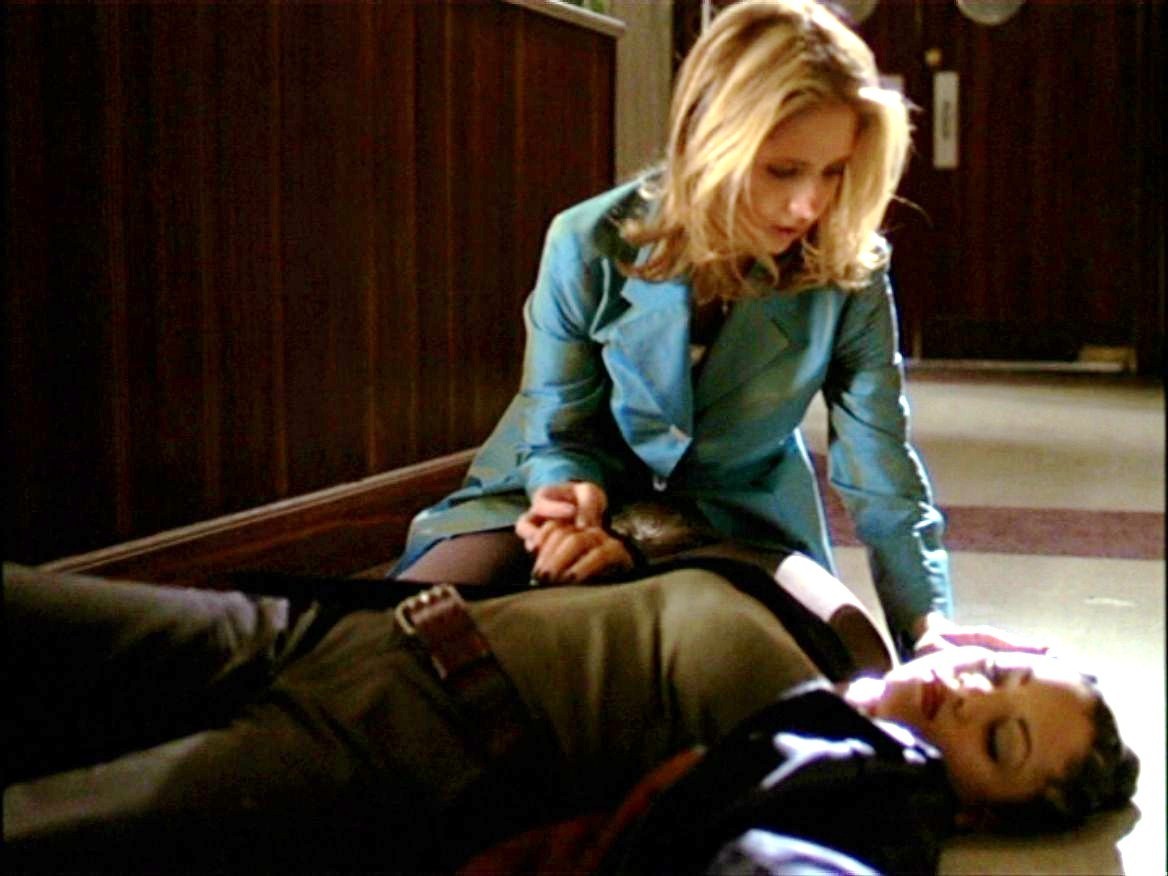 Kendra’s legacy to both the Whedonverse and speculative fiction are undeniable. A prime example is that she has served as a template for future Whedon heroines of color. Super soldiers such as Zoe Washburne from Firefly and Serenity as well as Melinda May of Marvel’s Agents of SHIELD are patterned after Kendra.

Whether it’s the upcoming reboot and/or other inspired characters, the next chapter of Kendra’s legacy continues to be written and there is certainly more is to come.