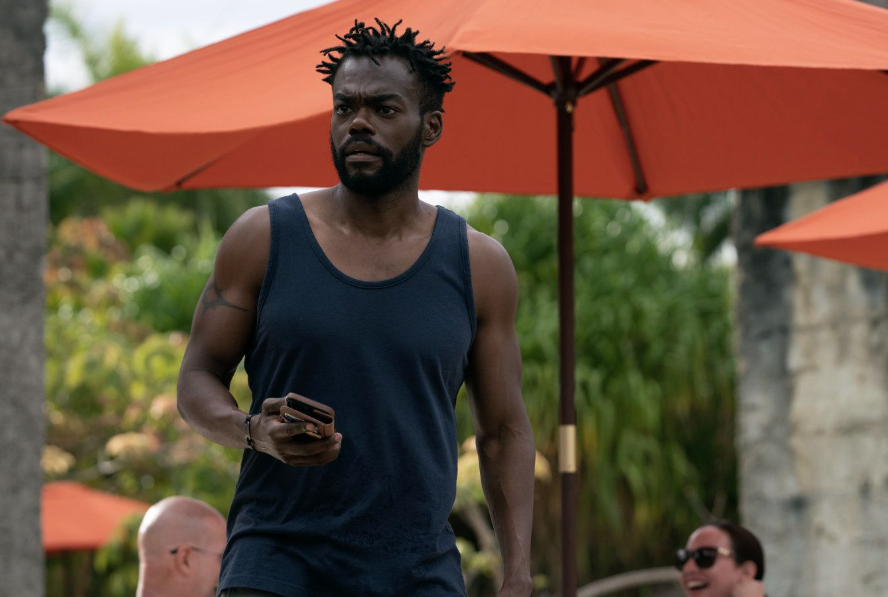 I first clocked William Jackson Harper the way many people did, as Chidi Anagonye in NBC’s The Good Place. Chidi held a place in my heart as the indecisive lover of morality and Kierkegaard. Harper had a presence that was both enviable and relatable. A Black academic who was vulnerable, approachable, and could sway your feelings with an impassioned speech about the Trolley Problem or moral relativism? Unheard of!

Roles like this are usually cloaked in smugness which a character like Chidi would never have access to. Harper’s ability to find the true center of Chidi was one of the things that made him so successful. Before this, Harper’s longest run was on the revival of PBS’s The Electric Company, which starred Lin Manuel Miranda and Josh Seguerra.

Again, his character of Danny, the cantankerous fedora wearer, could have been a one-note antagonist. But Harper finds a way to give depth to Danny and playfulness when delivering his cutting barbs. It gives the impression that Danny might not be terrible — maybe he’s just hangry? That’s something that’s more easily fixed than personality. In a cast full of affable players, Harper’s Danny sticks out because he manages to be lovable even when he does and says unlikable things.

If once is happenstance and twice is a coincidence, then it serves to follow that three times is definitely Harper’s talent for tapping into and fully realizing his characters. This is no exception in Harper’s latest project: The Resort on Peacock. The show also stars Cristin Milloti, Luis Gerardo Mendez, and Nick Offerman. The Resort tells the story of Emma (Milloti) and her husband of 10 years, Noah (Harper), as they take an anniversary vacation on the Mayan Riviera.

Emma has doubts about the marriage and ultimately feels stunted. She’s trying to be game as Noah attempts to reignite their passions via various excursions. Amma suffers an accident and comes across an old cell phone. She pockets it and thus begins a 15-year-old mystery of a pair of missing children from a resort ravaged by a hurricane.

The Resort is a comedy, drama, true crime, and relationship podcast all rolled up into 8 entertaining episodes. The series was created by Andy Siara, who also wrote Palm Springs (which also starred Milloti). The Resort still employs that increasingly intoxicating blend of rom-com and chronokinetics. BGN had the pleasure of talking to Harper about his journey and why The Resort is so special.

It was such a strange story! It was one of those things where I couldn’t tell the tone. There’s not a particular well of stuff you can go to. Normally, you try to play within these boundaries a little bit, but for this one, everything just felt wide open.

I loved Palm Springs, and it was Sierra — his brain is interesting. I wanted to work with this dude and came to the project before Cristin. We knew each other from doing a play.

What’s something you were in that presented the most challenge or was really fulfilling?

There’s a show I did at the Public Theater, a musical called The Total Bent by Stew and Heidi Rodewald. It was a workshop production, and it cleaned my clock! We were getting new rewrites every day, and it was a musical, so I was signing which was, you know, not necessarily what I do!

No, no, no! [laughs] That was one of those jobs that challenged me and beat me up, but I did it. Later they did the show with Ato Blankson-Wood, and he killed it. He was the right guy for the part, but I think that part was one where I was like, “Damn, I can take something that I’m scared of, and I can come out okay!” I can meet the challenge, at least.

Were the scripts for The Resort word perfect, or did you have some room to play around a bit?

We improved a lot!

Really? What’s your comfort zone with that? Is it something you enjoy?

It depends. I think that on something like The Good Place or Underground Railroad, where the plot and dynamics are really, really specific, I like to stick to the script. But then there’s something like this where there’s a dialogue about what they want the scene to be, and then they start shooting. I’m okay with doing that. As long as the writer and Creative Director say go for it.

Was there any adlib you did that you’re particularly proud of?

The one thing that I’m surprised made it in was “Caucasian Adventure Time.”

[Laughs] When I heard that, I cackled! Tell me about building the dynamics of Emma and Noah’s relationship. We see there’s a slump in their relationship, but later on, we learn there may be more cause that’s definitely unsolved between you two. What was it like building that out with Cristin?

It’s funny because in the last play we did together, we played a couple in marital distress. I guess that’s our thing! But like, a lot of it was there on the page, and it lives in the pauses, in the deflections. So you don’t just say it, but you listen to everything. Having seen and been in relationships where things start to fray, there’s no big transgression that breaks the whole thing apart. That’s relatable for a lot of people, and Cristin is so, so good. I trust her implicitly. She really listens and is very unique with how she renders things.

What messages or lessons do you see in The Resort?

Maybe the danger of nostalgia. Nothing is wrong with nostalgia, but it’s easy to look back at the way things used to be, rather than being in the present and seeing what beauty is here right now. You’re looking back at how things used to be, but you need to sort out what’s happening now.

William Jackson Harper can also be heard as John Mercer Langston on the audio drama podcast 1865 by Steve Walters. The show explores the weeks after Lincoln’s death leading into the presidency of Andrew Johnson. It’s a great example of how nostalgia for “the good ole days” is often focused on a lie.

He also has more exciting projects in the can, so keep your eyes open!
All episodes of The Resort are streaming now on Peacock.