Wonder Woman is the story of the rise of a warrior. Though part of the DC Universe, it does not look or feel like what we’ve come to expect from the DCEU – a collection of missed opportunities. Starring Gal Gadot as the title character, we see Diana on an adventure of self-discovery, aspiration, and purpose. Against her mother’s wishes, she leaves the island of Themyscira to search for Ares and stop the war to end all wars. Gadot brings a determined innocence to the role of Diana. We first see her as an unrelenting, precocious child becoming a young woman. The fight is in her, even in her youth. She is a warrior, born of a warrior, surrounded by warrior women, trained to become more than those before she would ever be. Naive, but far from stupid, tender, but a force, she lets both the quiet and super power speak for her. In her world, womanhood is the default. She has nothing to compare it to. Her mother, Hippolyta, told her before her departure mankind didn’t deserve her. It becomes apparent she knows little of the world outside of Themyscira, yet she is unafraid to do what she knows she was created to do. It’s a man that disrupts the peace on this island and brings the fight to paradise. 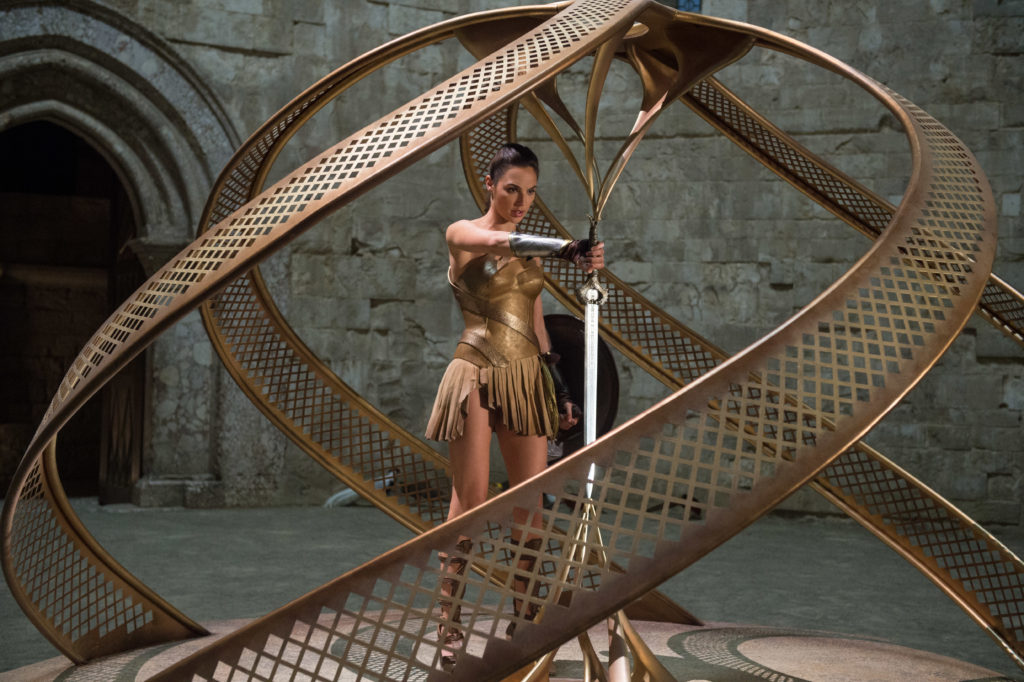 Chris Pine plays Steve Trevor, an American pilot working for British Intelligence and he is fine. He is endearing, but time is not wasted on the usual dude-saves-the-day. In the midst of the chaos, he finds love with Diana. While the love story is present, it’s not central to her mission. Diana is far from helpless, hopeless, lovesick or in despair. She’s sure and moves without hesitation or permission. She fights with the same grace and strength as her foremothers. 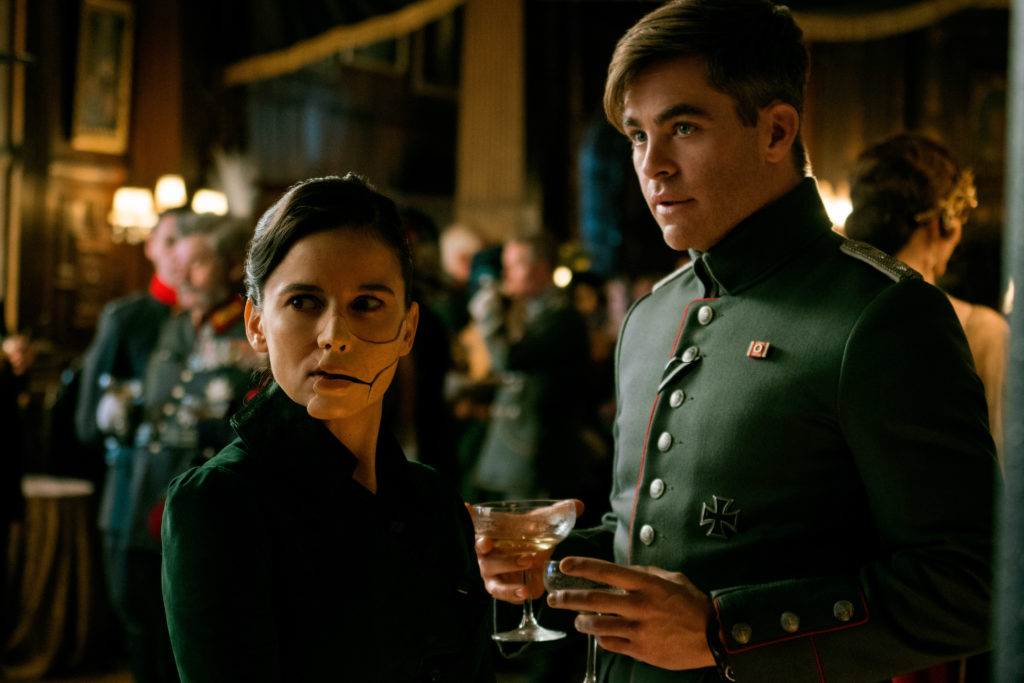 Patty Jenkins’ Wonder Woman carries an unfair burden. It is the first woman-directed, woman-led superhero film. It has been 13 years since the last woman-led superhero film by the studio, and none of us want to remember Catwoman. This is her sophomore directorial effort, the first being Monster in 2003, which she also wrote. Wonder Woman is the most beloved and most widely known superheroine in the world, transcending three separate eras, three separate mediums in 3 very different worlds. The films of DCEU know critical failure, but commercial success. However, with Wonder Woman being the film preceding Justice League, it is expected to have both and more, especially considering the lack of marketing of the film. 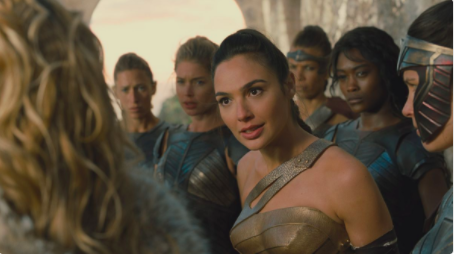 Despite all this, Jenkins rises above the pressure and brings a solid, interesting and humorous story to life. Although, the film is not without its issues. The hidden world of Themyscira, land of the Amazons, is rich, lush and seemingly diverse. Seemingly being the operative word. Amazons of color are seen, rarely heard and not present in the major action scene on the island. There were non-Black Amazons of color, but we heard nothing from them. Even the much-publicized casting of Florence Kasumba as Senator Acantha was weakly rewarded with barely two lines and a gesture. Dr. Poison, whose origin and current continuity as a Japanese woman, was played by (white-passing) Spanish actress Elena Anaya. Interestingly enough, the character was also whitewashed as a blonde Russian in the New 52 before going back to her original ethnicity in Rebirth. This is not enough. We are always left hoping to see a more intersectional representation of heroes, villains and simply character development. We are always left waiting and wanting, but again, it didn’t happen here. 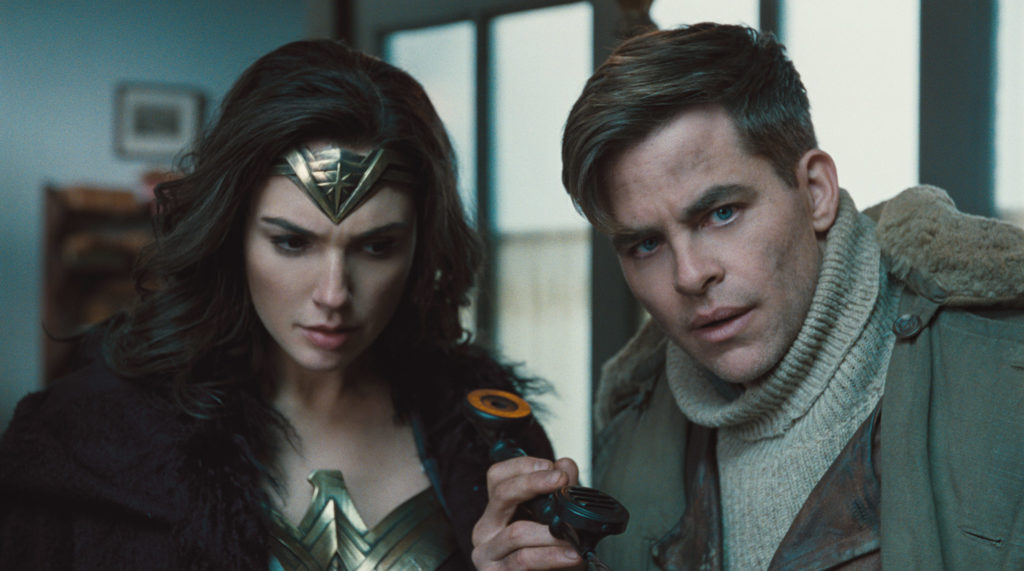 There is more than enough action in the film. How we were moved through the action is another issue. We see strength, but no agility. Movement slows down at the oddest of moments when hits were needed to be felt. It sometimes takes the viewer out of the film. The cinematographer did not properly visualize or grasp the energy or action of women in combat. We should be beyond slow-mo on hair and body parts. These women can fight. Why didn’t they let them?

Wonder Woman is a complete film that begins how it ends – it shows us Diana’s certainty of purpose and ends with the confirmation of exactly that. Gal Gadot’s Diana Prince is hers and here. Although it’s part of a larger universe, this film stands on its own without help from her male counterparts. Batman vs. Superman introduced her as one of the best parts of that movie. Her solo debut validates her place in Justice League, even for those in doubt. She brought light to the darkness of the DCEU, literally and figuratively. For almost 80 years, Wonder Woman has been the world’s most loved superheroine and a pop culture icon. This film is long overdue, and it’s worth the wait. #SheIsWonderWoman

Caron (@caronism) is a writer, artist, activist and the host of CARONISM Show on 1001TheHeat radio, Culture & Entertainment Contributor and Co-host of BlackGirlNerds and the BGNPodcast. In her spare time, she is a lover of all things beautiful, a hot granny and a pimp.