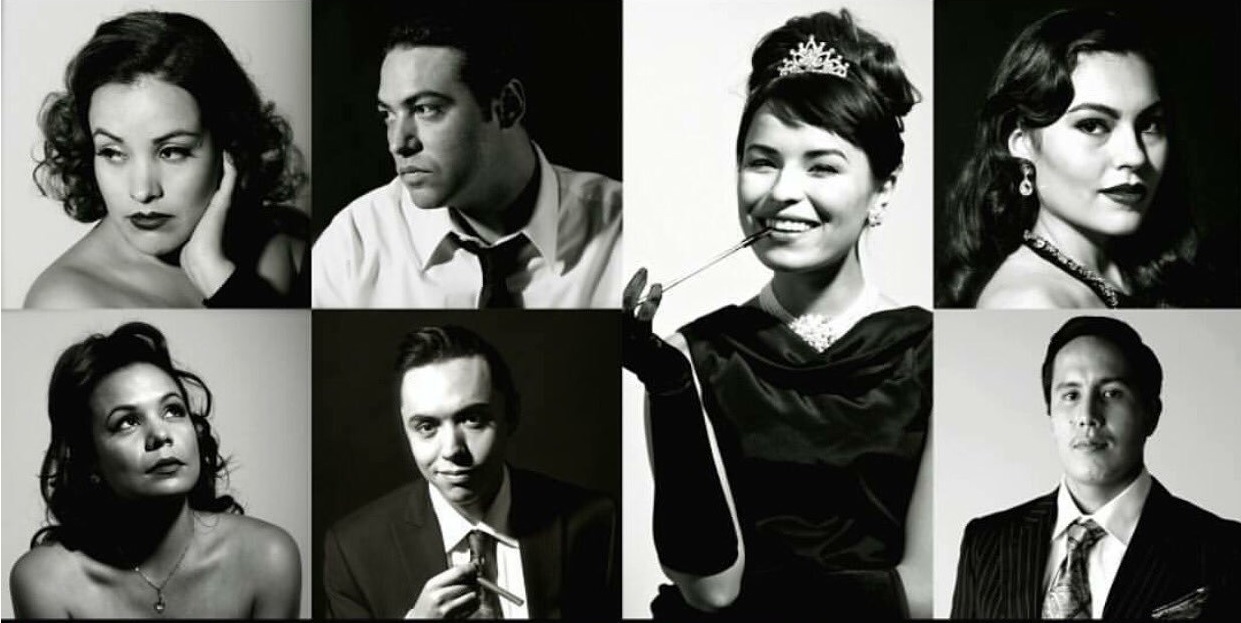 Hollywood’s still growing in its discussions about diversity in entertainment, and one area the industry is lacking is multifaceted, unique, and contemporary portrayals of Native Americans. Indigenous multimedia documentarian Pamela Peters is aiming to push the conversation into overdrive with her photography exhibit, “Real NDNZ Re-Take Hollywood.”

The exhibit, which ran this August at These Days gallery in Los Angeles, featured Native actors and writers dressed as the ’50s and ’60s star icons like Audrey Hepburn in Funny Face and Warren Beatty and Faye Dunaway in Bonnie and Clyde.

To quote from the exhibit’s page:

REAL NDNZ RE-TAKE HOLLYWOOD showcases photographs from Diné photographer and filmmaker Pamela J. Peters, whose work seeks to disrupt and decolonize clichéd portrayals of Native Americans. This series “re-takes” and recreates classic, iconic portraits of movie stars of yesteryear by replacing those past film icons with contemporary Native American actors. Photographing “Real NDNZ” in the elegant clothes and iconic poses of James Dean, Audrey Hepburn, and others from the classic period of Hollywood film—rather than in the buckskin, feathers, and painted faces featured in most Hollywood films—deconstructs time-worn, demeaning representations and opens up new possibilities for seeing Indigenous peoples as contemporary, creative people.

Peters told AJ+ that her project was aimed squarely at disintegrating society’s stereotype of the Native American.

“For so long, the image of Native Americans has always been the relic of the past, with stereotypes–buckskin, feathers, leather,” she said. “…I really want to dispel that ugly stereotype that many people perceive when they think of Native American.”

These #NativeAmerican actors are breaking Hollywood stereotypes, one photo at a time. pic.twitter.com/mdGxkFYaDp