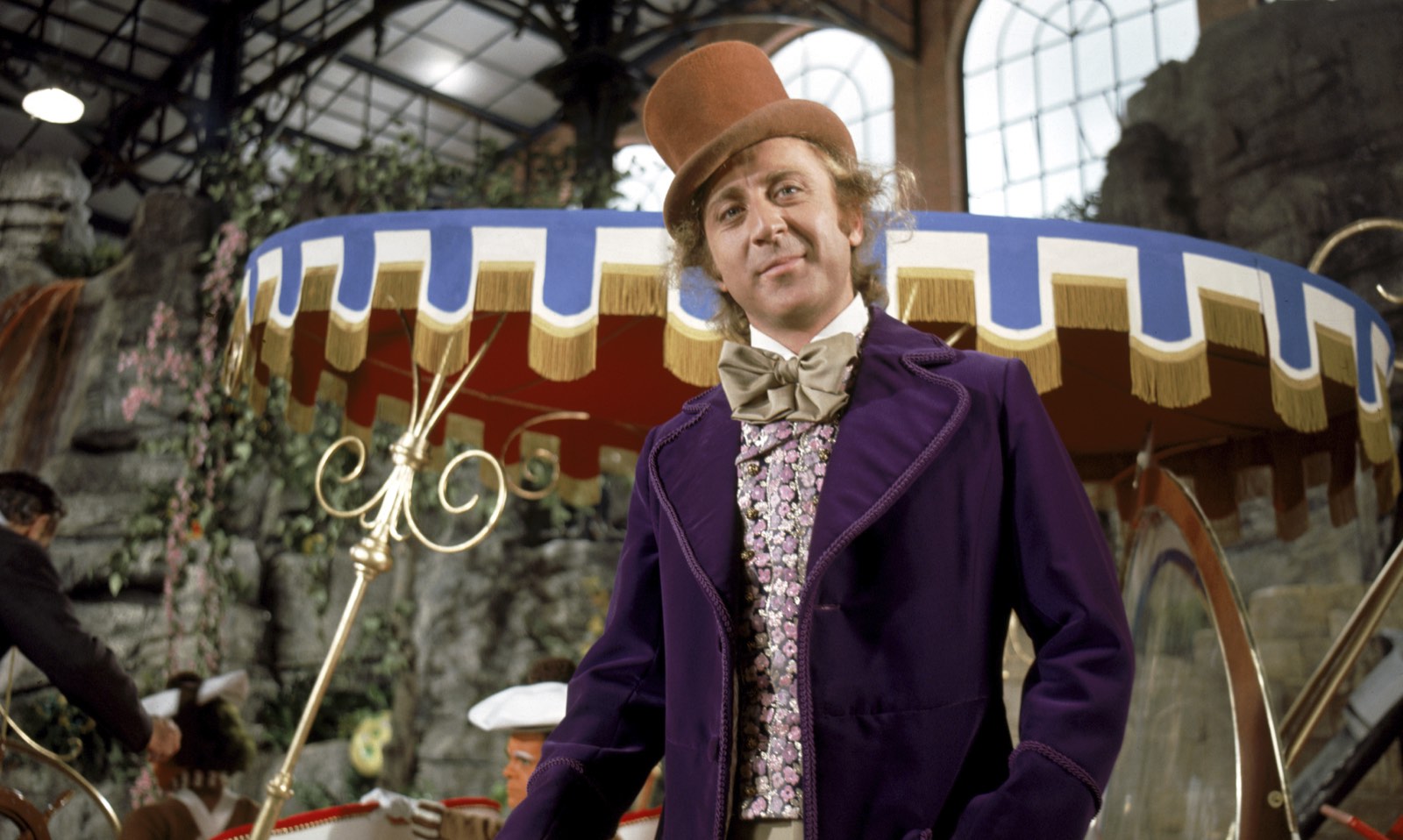 Load up on Wonka Bars because it’s World Chocolate Day!

What better way to celebrate than to revisit 1971’s Willy Wonka & the Chocolate Factory?

Based on the 1964 novel Charlie and the Chocolate Factory by Roald Dahl, the story follows young Charlie Bucket (Peter Ostrum), who comes from a poor family and spends his days delivering papers, going to school, and dreaming of a better life. When it’s announced that the titular chocolatier hid five golden tickets in his Wonka Bars, it becomes an absurd media frenzy across the globe. While wealthier kids are stocking up on possible golden ticket-holding chocolate bars, Charlie is only able to afford two. However, that’s all he needs since the second one has his lucky break.

The other golden ticket winners include four wildly obnoxious children and their equally terrible parents — spoiled Veruca Salt (Julie Dawn Cole) with her father (Roy Kinnear), gum-chewing Violet Beauregarde (Denise Nickerson) with her father (Leonard Stone), TV-obsessed Mike Teevee (Paris Themmen) with his mother (Dodo Denney), and the gluttonous Augustus Gloop (Michael Böllner) with his mother (Ursula Reit). Then there’s our sympathetic protagonist with his Grandpa Joe (Jack Albertson), who, upon Charlie’s big win, springs to life and bounces around their one-room home. Never mind that he’s supposedly been bedridden for two decades with the three other Bucket elders.

Right away, the reclusive and enigmatic Willy Wonka (Gene Wilder) proves that he’s untrustworthy, something Wilder purposely wanted to convey with the character’s faux limp-and-tumble entrance. It doesn’t take long for the parents to get frustrated with this cheeky trickster who only speaks in riddles and casual insults. Wonka’s a sassy one and definitely doesn’t hold back on the sarcasm.

No matter how many times I see the film, I still feel a childlike awe when he leads them into the Chocolate Room. It’s a candy land that looks like a cross between the Land of Oz and an outdated amusement park. The fact that everything is edible may seem fun at first but I just imagine how sticky everything would be — candy trees, mushrooms with big spots of cream, and the disgusting chocolate river. No, thank you.

Wonka introduces the eerily silent orange-skinned, green-haired Oompa-Loompas and makes himself out to be their savior from their predator dominated homeland. The Oompa-Loompas are known for immediately roasting the bad kids after their comeuppance. They sing one of their trademark preachy songs during one particularly disturbing scene. When Violet Beauregarde chews Wonka’s experimental “three-course meal” gum, she swells up like a blueberry balloon, prompting her dad to say one of my favorite lines in cinematic history: “Violet, you’re turning violet, Violet!”

Wonka is an eccentric, boisterous, madman, who is clearly unstable and probably shouldn’t be around children, or at the very least, shouldn’t be holding contests for his nightmare factory. He set out to disorient his guests with constantly evolving surroundings and his Seussian contraptions.

The trippy boat ride through the tunnel has traumatized many viewers over the years, thanks to Gene Wilder’s terrifying and brilliant performance, as well as the incredibly unpleasant imagery. It gets worse when his already ominous singing builds to full-on yelling.

I think what’s always freaked me out the most is when Wonka gets upset with Charlie. First off, his office is already bonkers, so trying to navigate this man’s sudden mood change is even more jarring. He also casually mentions the various places these kids could end up like, you know, a boiler room, trash chute, or furnace. Let’s be real, did any kid except Charlie actually survive the Chocolate Factory?

Next year, Warner Bros. is set to release Wonka, a prequel/origin story of a young Willy Wonka, played by Dune star Timothée Chalamet. Is this something we need? Definitely not, but I am a little intrigued by the concept. Of course, no one can top Wilder’s definitive performance. Sorry, Johnny.

For budgetary reasons, Willy Wonka was filmed in Munich, Germany, which explains why the environment looks like some sort of fairytale village, given its British folk horror vibe like 1973’s The Wicker Man. The ambiguous location actually works for this film, given its bizarre story and characters. While it’s not unusual for the accents to coexist, it’s strange that half of the people in this town are British, while others, like Charlie and his family, are American.

Another thing that I never realized is that there are literally no POC characters — main, supporting, or background. Dahl’s widow said in an interview that her husband originally wrote the character of Charlie as Black, but was advised to change it (for a ridiculous reason).

Plenty of things about the film don’t make sense, leaving us many unanswered questions. What’s with the whole decades-long bed situation with Grandpa Joe and the elders? How does Joe buy tobacco and chocolate bars if he never gets up? Did Charlie make some much needed changes upon inheriting the factory, like getting rid of the slew of death traps? Burning questions aside, Willy Wonka is an absolute fever dream of a film that continues to be a fun watch that’ll activate your sweet tooth.