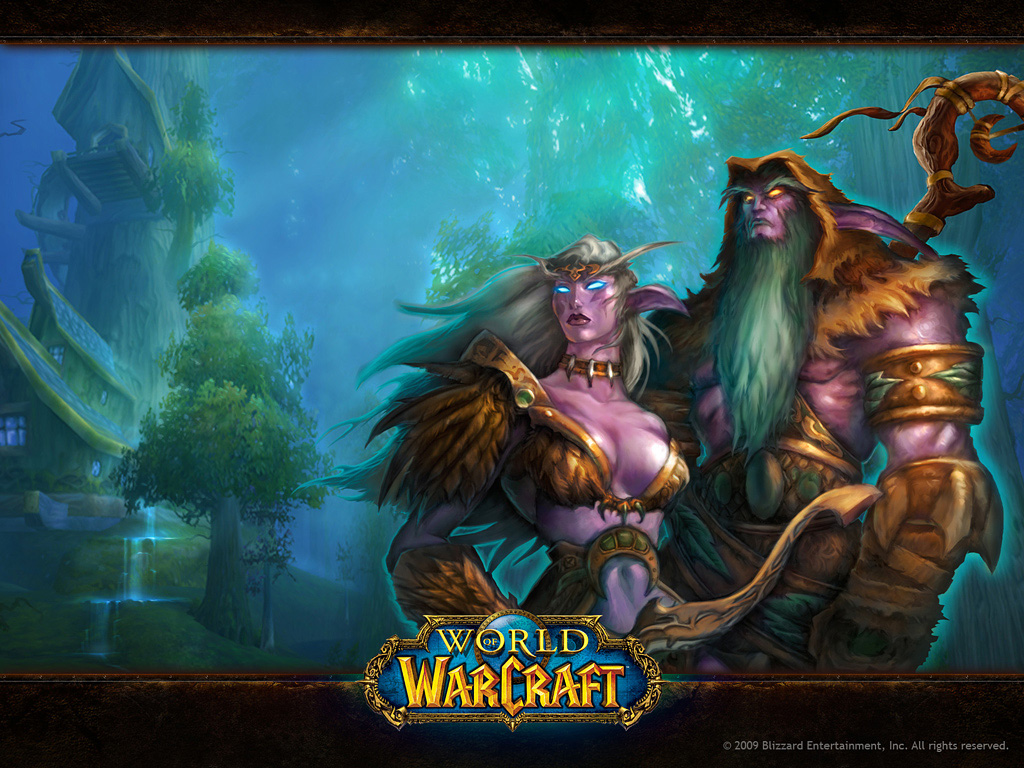 (I’m about to list the names of characters that, for those unfamiliar with World of Warcraft, might not be recognizable. For the purpose of the article, I kindly ask that you bear my lore nerdiness and just go with the flow. If you wish for more information on the characters, don’t hesitate to leave a comment or do some research during your downtime.)

I started playing World of Warcraft for the first time while I was at NC Governor’s School East in the summer of 2014. It was still the first week. I didn’t know anyone very well yet, the maximum temperature for an introvert to go outside had been exceeded, and, most importantly, the Starter Edition for World of Warcraft was free.

To sum up my experience, I was absolutely blown away. This was my very first experience with a massively multiplayer online role-playing game (or MMORPG for short, which is a really long acronym anyway). The creative gameplay, vast worlds and lore to explore, dungeons and raids, and  endless number of characters and storylines to create had me hooked immediately.

But as the months and years passed, the enchantment began to wear off, and nowadays I hardly find myself playing the game at all anymore.

The main reason I stopped playing is not that I felt like I had “aged out”, or that the storytelling was getting bad (which I could write a whole other article about), or even that I didn’t have time to play casually anymore.

No, the main reason was that there were no longer characters that I could find myself connecting with anymore.

World of Warcraft has a severe case of gender inequality.

Now, this isn’t to say that there are no female characters in Warcraft, because, in fact, there are. The problem I found is that none of those women have any development or any depth given to their characters alone.

When you take a look at lists of important characters on any WoW site, certain people will pop up more than others: Varian and Anduin Wrynn, Thrall, Arthas the Lich King, Garrosh, Velen, Baine Bloodhoof, Illidan…I could go on, I really could, about the amount of male characters that have deep character development, appear in quests that players have to go on, and have seriously contributed to Warcraft lore by their own merits and independence. 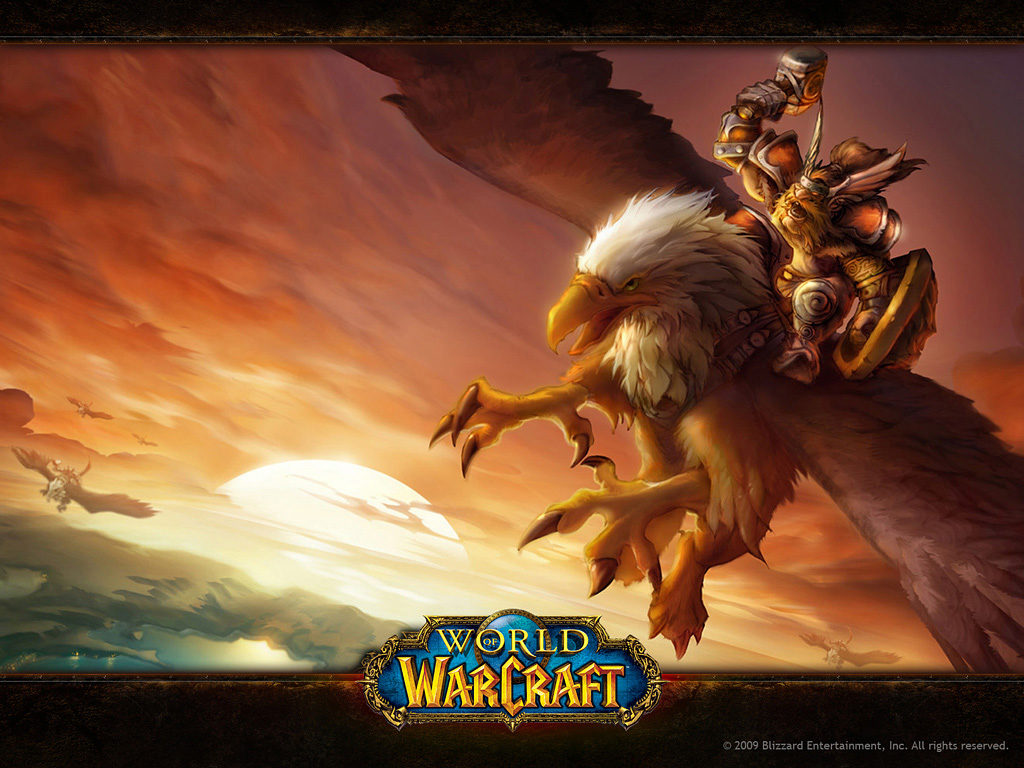 Anne Stickney of Endgaget created a term called “barnacle character”, which means a character whose entire existence is dependent on and wrapped around the existence of another. The women in World of Warcraft have been subject to this time and time again. And generally for female characters who are barnacles, they are created explicitly to become the love interest of someone.

A character who is supposed to be a High Priestess of a goddess and leader of her people, has spent almost the entirety of all books and gameplay being a catalyst for her husband, Malfurion Stormrage. She has no singular story, no meaningful investment in the game, and is really an enigma since her portrayed character is so different than the one that Blizzard says she is.

In the most recent expansion of the game, she spends AN ENTIRE QUESTLINE worrying about her husband and searching for his whiny butt after he angsts out and goes AWOL when there are clearly more important things that both of them could have been doing instead. It was the most irritating thing I’ve ever done in a video game, and the most annoying part can be watched here.

And that’s just one barnacle character…and if a female character isn’t a barnacle, then she’s basically only meant to marry a strong hero and have his kids.

The best example of this is Aggra, a powerful shaman who appeared in the novel The Shattering. At first, she looked pretty badass; she was there to teach Thrall, an already legendary figure, and the most important character/leader on his faction’s side. She was unwilling to let him throw a pity party for himself and continued to push him to keep improving the more he learned. I was so excited to finally have a no-nonsense female character I could get behind…

And then I played through her in-game patch, where the whole thing had us on a big fun chase putting her love back together (it’s a long story) that ended with the equivalence of a marriage. The end of Dragon Soul (another patch) only made it worse, when it was revealed that Aggra was pregnant. An ancient and all-powerful dragon then basically told her that her destiny was to be Thrall’s wife and have his kid.

You may think I’m exaggerating, but wait…there is more.

Tiffin Wrynn, wife of Varian Wrynn, the King of Stormwind, marries, has his son, then promptly doesn’t exist anymore. No joke. A few weeks, at most, after giving birth she gets hit on the head with a rock and dies. The end.

Going back to Tyrande; even though she doesn’t have children, it is made clear that she wanted them.

Aegwynn, Guardian of Trisfal, had a child so that she wouldn’t be manipulated by a grand council to pass her powers to them after she could no longer be the Guardian. An…interesting reason for motherhood, but motherhood nonetheless.

Two of the Windrunner sisters, both prominent members of their communities and skilled fighters, both married heroes and had kids and then were virtually never heard from again.

A badass MF in her own right.

Is she undead? Yes. Is she also obsessed with the procreation of her people? Yes. However, considering that she is the Dark Lady of a legion of unshackled undead who no longer have the ability to reproduce that’s a viable concern. You can’t be the Dark Lady if there’s no one to the be the Dark Lady to.

Sylvanas is an amazing character, and one of the few reasons I stuck around World of Warcraft for as long as I did. Her story and amazing character development had nothing to do with any romance or lack of love interest. (Nice!) She tried to shoot the Lich King, the evil horror responsible for her undeath, in the face multiple times. (Um, awesome!) She conquered an entire kingdom in the span of a what could have been anywhere from a few weeks to a few days (Booyah!)

In the recent expansion, she appears in ONE story. A story that focuses less and less on her taking up the mantle to lead the Horde, her faction, and more on her selfishly choosing to investigate something different, which paints her in a bad light.

Granted, she was never that “good” to begin with, but I was okay with a villain. An amazing villain with depth! Not this Looney Toon zombie the writers are starting make her look like.

I was devastated, and ultimately quit the game when I realized that she wasn’t going to get the spotlight or character development that she deserved.

The only female character that had the potential for redemption was Jaina Proudmoore. The strongest mage of her time.

To make an extremely long and complicated story just long, and then take that long story and try to make it short, Jaina is the leader of the independent mage faction, the Kirin Tor.

Or should I say was?

She used to rule a small land called Theramore and tried all she could to broker peace between the Alliance and Horde. And then, in one fell act, her home was literally wiped from the face of the earth by the leader of the Horde at the time, Garrosh Hellscream.

After that, she experienced unparalleled rage. Rage that the writers did not do the best job of portraying. It was completely justified; however, the way it was executed did not make any players feel empathy for her. Like a lot of female characters who are dealing with negative and unflattering emotions, they are never made valid, often due to the long-running trope that women in video games are meant to be supporting characters who help other characters deal with their problems and take care of them. They are not supposed toaa deal with their own problems 1and struggles in a realistic manner, or outwardly express their anger and rage.

It seemed like, in one novel, she was coming to terms with her anger and her place in the world now, and even learning how to no longer blame an entire faction for the actions of a single mad leader. And I was hesitantly willing to see where they were taking her development.

And then, surprise, when the Alliance and Horde were forced to work together to defend their world from a common evil, she did a complete flip from where it looked like they were taking her, and resigned as leader (I guess you can do that in WoW, just resign from leading a nation), and has not been heard from again in the game for over a year now. 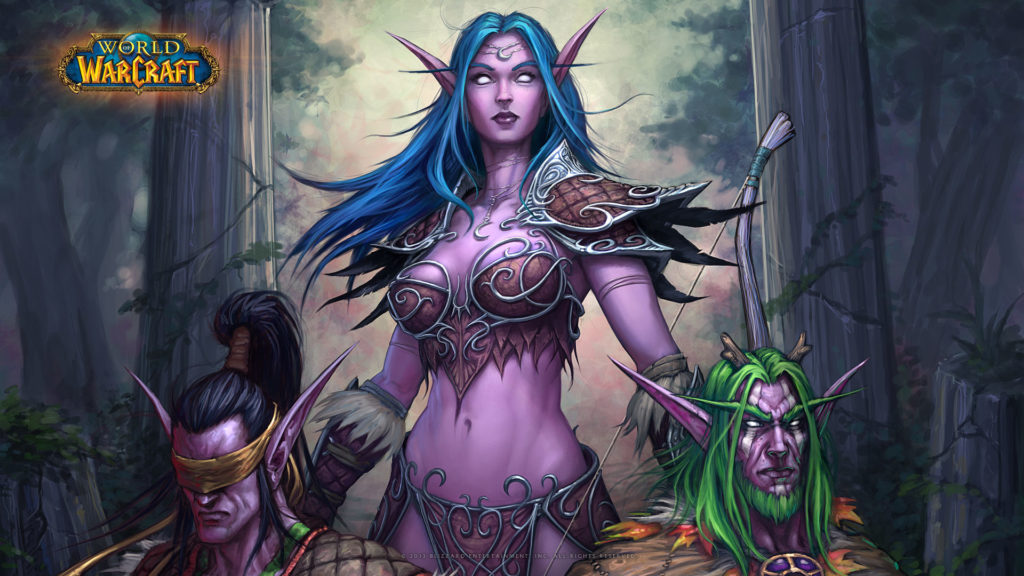 Blizzard has proven that they have the capability to write compelling characters that players, lore junkies, and simple fans can all become invested in. Just look at all their developed male characters.

So why? Why is it so hard for them to write a well developed female character in World of Warcraft?

If anyone has an answer or a theory, let me know. Until then, I’m going to put my money where my values are.

When creating my own characters, I hope and pray I can do better than a game I used to adore.

Emily Burke, resident cinephile and casual gamer, has been watching historical tv and film since before she could do algebra. She is currently studying English and Communications with the goal of creating and filming her own one day.

Kwanzaa May Be a Thing of the Past, But Here’s My Proud List of 2017 Kwanzaa-Bots — BGN Opinion