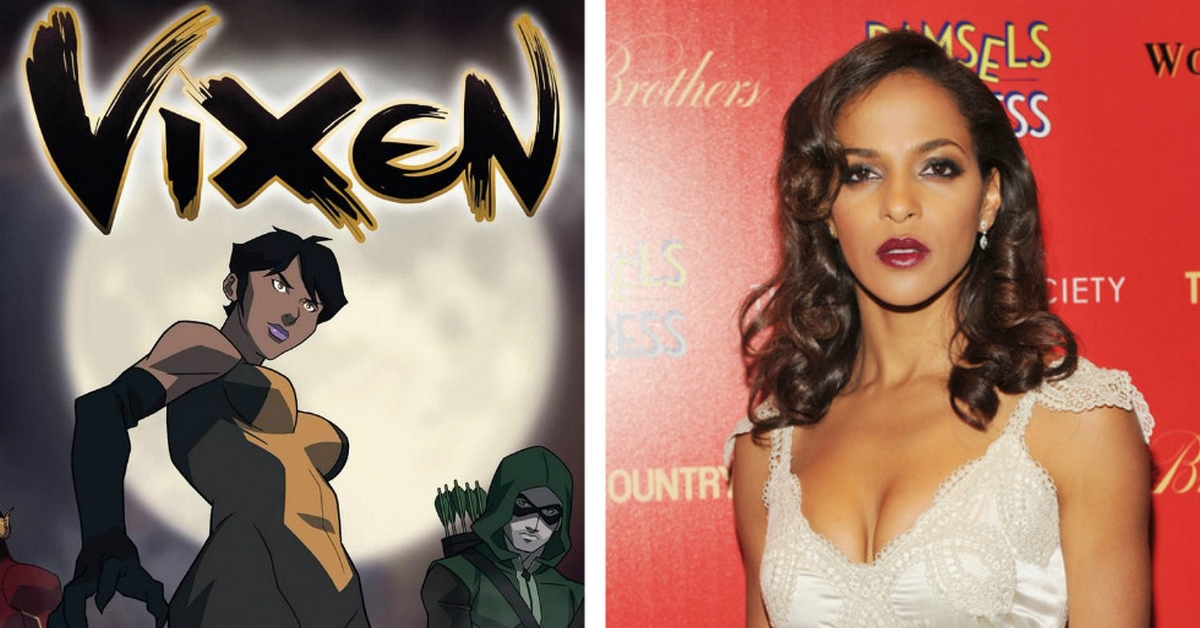 Gerry Conway and Bob Oksner’s Vixen is one of those comic book characters who has appeared in almost every major DC release, including Justice League, Suicide Squad, Birds of Prey, Identity Crisis, and several other comic books. In addition, Vixen also made notable appearances in numerous DC-based animated television series, including Justice League Unlimited, Batman: The Brave and the Bold, and Cartoon Network’s Teen Titans Go!

Two versions of the character have appeared on the small screen: 2015’s Vixen animated web series, voiced by Megalyn Echikunwoke, and 2016’s Legends of Tomorrow, both set in the Arrowverse — a fictional universe encapsulating said series along with Arrow, The Flash, and Supergirl. 2015’s Vixen featured an original comic book character Mari McCabe, while Legends of Tomorrow introduced a WWII-era Vixen named Amaya Jiwe, who was identified as Mari’s grandmother — portrayed by Maisie Richardson-Sellers, also known for the CW series The Originals.

Unfortunately, despite her numerous appearances in the comics and on the small screen, Vixen’s character was never fully fleshed out and explored, despite her important place in comic book history. So, why isn’t there a Vixen solo movie, and would such a film work for the DC Extended Universe?

Well, according to numerous rumors across the Web, Warner Bros. is reportedly developing a live-action Vixen adaptation hoping that the film will make an impact as her appearances in the CW primetime shows did. It’s important to note that Warner Bros. hasn’t officially confirmed any of these rumors, but they might not be as far from the truth. Warner Bros. is usually on the reactionary side of things instead of taking a more visionary approach. This is quite evident, considering that the company decided to create its own cinematic universe, which culminated with the release of Justice League in an attempt to grab some of those billions that MCU’s The Avengers generated.

So, having WB set up Vixen as a response to 2018’s Black Panther isn’t so far-fetched. However, this opens up the question of her introduction to the big screen. A solo film could serve as a great character inception piece; however, guest appearances in other movies might be a better option, allowing Warner Bros to properly introduce the character, similar to what the MCU did with T’Challa’s appearance in 2016’s Captain America: Civil War, with a solo film following. We have seen the DCEU employing a similar “guest appearance first” tactic to their cinematic universe by releasing 2017’s Justice League, which gave us Aquaman one whole year before his own feature film — not to mention that the fans are still waiting for The Flash, which is currently scheduled for a late 2022 release.

It’s worth noting that Vixen, as a comic book character, was intended to be the first African female DC superhero to star in her own series, which was sadly never released. The story was subsequently printed in Canceled Comic Cavalcade, a 1978 two-issue ashcan mini-series, which only served to establish the company’s copyright of previously unreleased work. Vixen’s official debut happened in Action Comics #521, published in July 1981, as a superhero possessing the Tantu Totem, allowing her to harness animals’ spirits.

According to comic book history, Vixen’s ancestor, an ancient Ghana warrior named Tantu, asked Anansi the Spider to create a totem that would grant the wearer all of the powers of the animal kingdom, as long as the wearer used the power to protect the innocent. That totem was passed down through generations of Tantu’s descendants until it eventually reached the McCabe family. Unfortunately, through a series of events, both of Mari’s parents were killed separately, with her uncle murdering her father to obtain the Tantu Totem. Having lost both of her parents, Mari established her identity as Mari McCabe and became a model in New York City. During her travels as a model, she came across her uncle and took back the Tantu Totem, which granted her powers to fight crime and protect the innocent as costumed superhero, Vixen.

She later joined the Justice League of America until it was disbanded by the Martian Manhunter, after which she briefly joined the Suicide Squad but subsequently left the team. Given that she wasn’t introduced into the DCEU in recent releases, especially the Justice League, two Suicide Squad movies, and a Birds of Prey film, it’s improbable we’ll see Vixen in a solo movie anytime soon. With the future of the DCEU releases centering around Black Adam, The Flash, Aquaman, and Shazam! sequels, all scheduled to be released in 2022, it’s more likely we’ll see a live-action Vixen in future DCEU film projects, such as Blue Beetle, Batgirl, Zatanna, or Black Canary.

But a Vixen solo film could definitely work for the DCEU if Warner Bros plays their cards right. 2018’s Black Panther has already proven that a blockbuster movie with a nearly all-Black cast can make billions. So, why not introduce Vixen in future releases and make a solo film that would potentially pluck the same hundreds of millions, or even billions of dollars, like other franchises have done before? The recipe is there, and the ingredients are on the table. What is Warner Bros. waiting for?