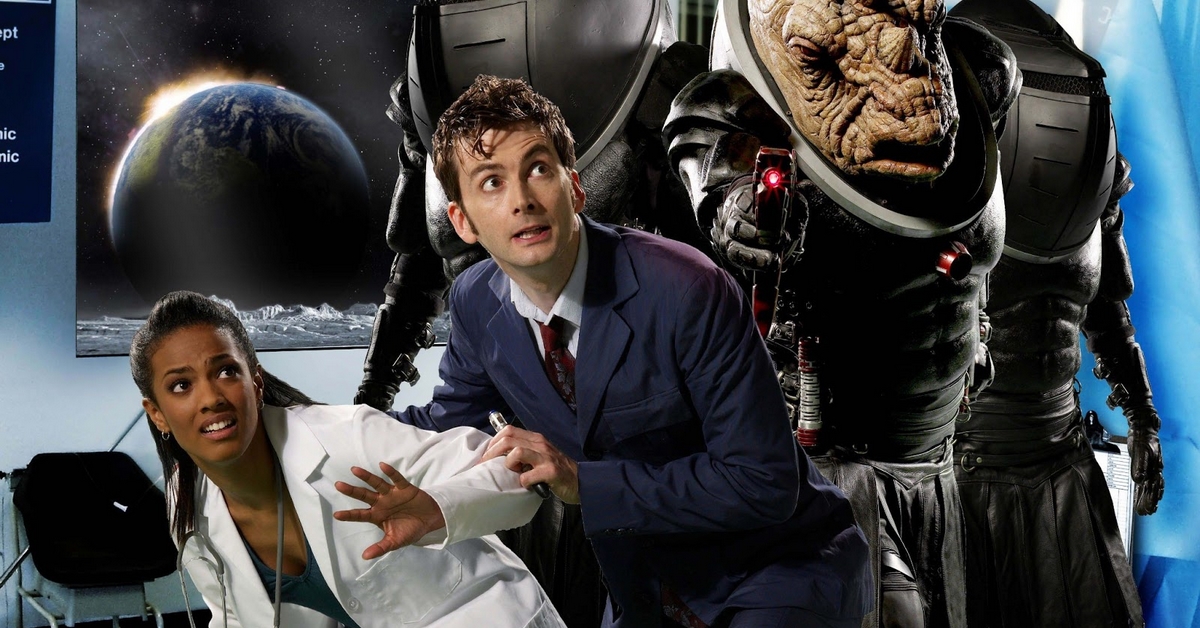 With the word out that Russell T. Davies is once again taking control of the TARDIS, reclaiming his spot as Doctor Who‘s showrunner, many fans began speculating about the reappearance of recurring roles of former cast members. Davies will make his return to the screens to celebrate the 60th Anniversary of Doctor Who, following the conclusion of the series’ Season 13 and the departure of Jodie Whittaker, the current Doctor, and Chris Chibnall, the current showrunner.

With Chris Chibnall, the former showrunner of Doctor Who, out of the TARDIS, and Davies back at the helm of the Blue-Boxed franchise, it’s entirely possible that the series will feature crossovers or references to its spin-offs, Torchwood and The Sarah Jane Adventures — both of which are the brainchildren of Russell T. Davies. This also brings up the potential reappearance of Martha Jones, a British physician and a companion to the story’s Tenth Doctor. Martha Jones is one of the most prominent characters that appeared during Davies’ run of the franchise, as she was notably different from the previous companions.

Unlike other companions, Martha Jones had a career and professional life established already before she met the Doctor and at a certain point her travels with the Doctor turned into a bit of romantic interest. As a result of unreturned affection, Jones decided to stop traveling with the Tenth Doctor, portrayed by David Tennant, and set out on her own adventures. However, Martha Jones wasn’t just the first companion to fall for the resident Time Lord and express her feelings towards the Gallifreyan heartthrob. She was, however, the very first African-American female companion, portrayed by the talented Freema Agyeman, best known for her roles in Law & Order: UK, Little Dorrit, and The Carrie Diaries.

Admittedly, Jones did stop traveling with the Tenth Doctor, but she continued to have a number of adventures both with and without him due to her work with The Unified Intelligence Taskforce (U.N.I.T) and Torchwood’s third incarnation. And while she did encounter the Tenth Doctor before he regenerated, Martha Jones hasn’t appeared in the series since. So, could the fans expect a Martha Jones appearance in the upcoming seasons, and would bringing back Freema Agyeman for Doctor Who in 2022 even make sense?

Martha Jones’ role in the Doctor Who cosmology has been a long one that has spanned even into Doctor Who’s spin-offs, as she reprised her role in Season 2 of Torchwood — as a third character to cross over between the two shows. A couple of months later, Agyeman appeared as Martha in Season 4 of Doctor Who, albeit for only five episodes and the season’s finale. Afterward, Martha Jones seemingly returned back to Torchwood.

Unfortunately, Martha Jones hasn’t appeared in Season 3 of Torchwood, given Agyeman’s involvement in Law & Order: UK; however, it was stated at the beginning of the series that Martha was on her honeymoon at the time. In 2009, Agyeman portrayed Martha Jones once again for a cameo appearance near David Tennant’s final run as the Time Lord.

Alas, news of Russell T. Davies’s return to the series has caused some rumblings among the fandom, and many have started speculating about the likelihood of Agyeman’s potential return to the series. So, how probable is it that we’ll see Freema Agyeman in Doctor Who in 2022, and would bringing her back even make sense?

Well, the episodes and specials for 2022 have already been filmed, and Season 13 is currently being finalized in post-production, with the release date scheduled for October 31, 2021. As far as we know, Agyeman hasn’t participated in the filming of the new season, so it’s improbable she would appear as a recurring role — at least as far as 2022 is concerned — especially given her involvement in the New Amsterdam television series.

If we correlate her appearance with Russell T. Davies’ run of the Doctor Who television series, Agyeman’s future appearance could potentially be in the cards. The actress appeared in Doctor Who while Davies was helming the franchise and went off to act in his other tied-in Doctor Who spin-offs. So, with his return to the series scheduled for 2023, Agyeman’s Martha Jones might yet make an appearance. In the end, the series saw an incredible jump in ratings during Davies’ run, so why wouldn’t he repeat that by also adding an established character to one of the upcoming seasons?

Additionally, would bringing Freema Agyeman to Doctor Who make any sense? Well, why wouldn’t it? Martha Jones has already appeared several times in the series and its spin-offs, making her into an already established and recognizable character. Her appearances in said spin-offs only indicate that Davies isn’t afraid of using actors/characters who have already appeared within the Doctor Who franchise. This was particularly true in Chibnall’s case, as he practically dragged David Tennant from the set of Doctor Who to star in Broadchurch — the very same crime drama Jodie Whittaker did before she became the Thirteenth Doctor.

Another, more far-fetched theory could be Spatial Genetic Multiplicity, which the Tenth Doctor used to explain how Gwen Copper and Gwyneth, both portrayed by Eve Myles, looked similar in the show. The series returning showrunner could use this “echo” and repetition of physical traits across the time rift to bring Agyeman back to the show as a character other than Martha Jones. It’s worth noting that Spatial Genetic Multiplicity has been previously used in the show, as numerous actors have returned to play different characters.

And in the end, Freema Agyeman is coming back to Doctor Who this December, though not on the small screens, but for a special trio of audiobook adventures, in a full-cast audio drama series. The new adventure, titled The Year of Martha Jones, will include three episodes focused on Martha’s travels across the globe — a narrative set between 2007’s The Sound of Drums and Last of the Time Lords. So, while we won’t get to see Freema Agyeman in the upcoming Doctor Who series, we’ll still get to hear her in her own adventures within the Doctor Who audio drama universe.