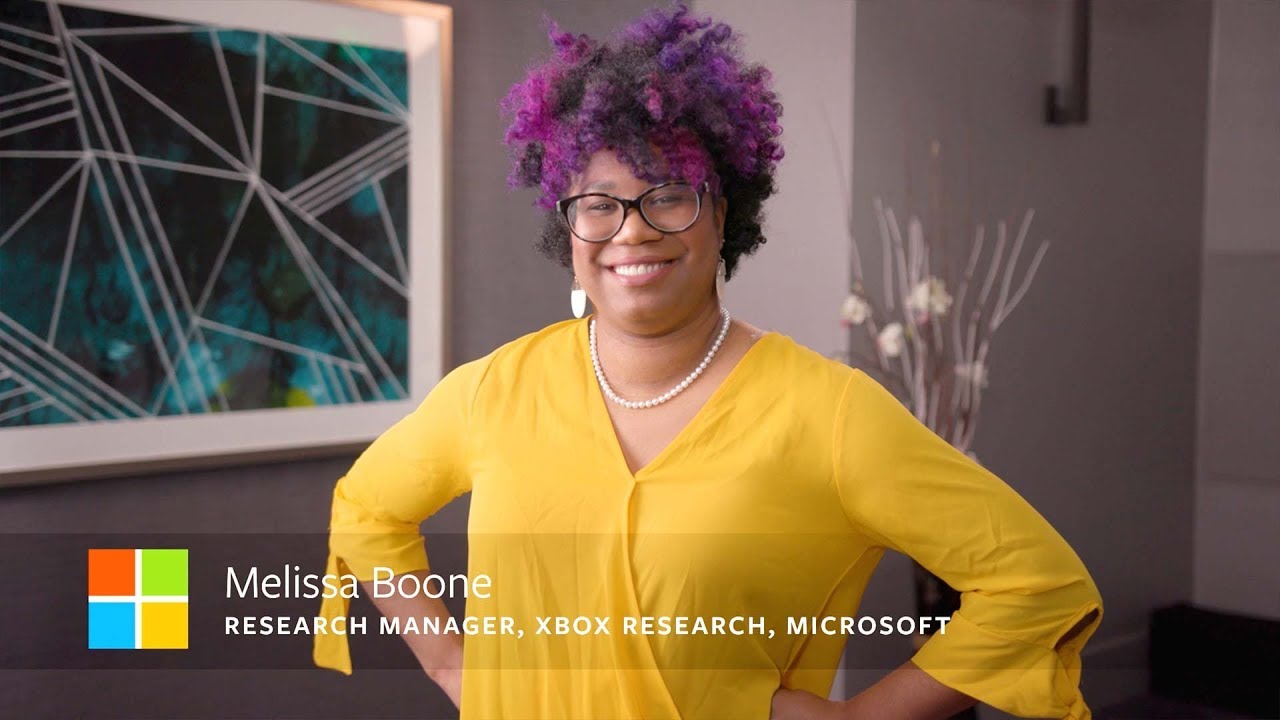 Part I: How Microsoft Is Using Black Girl Magic to Advance Diversity in Gaming

Spelman Sister Melissa Boone has a doctorate in sociomedical sciences and social psychology from Columbia University (what a mouthful — you go girl!). When not writing fan fiction or campaigning in Dungeons and Dragons, this Black female druid serves as a research manager at Xbox. Boone has honed her skills through the doldrums of academia, trudged through a market research internship to end up leading a team whose job is to support advancing Microsoft’s commitment to diversity. It was there, Boone says, “It seemed like a place that I could really find my enjoyment, my passion,” and where she “could learn and grow.” BGN sat down virtually to find out how Boone applies her Black druid magic on the world of Microsoft.

Although a researcher by training, diversity is more than a job. Boone identifies as pansexual. “One of the things we love about Microsoft is we talk so openly about diversity, inclusion, and specific areas of that. We talk a lot about intersectionality. So, we celebrated Pride for a long, long time. We wanted to make sure that we have that, not only with the people who work within Xbox, but also in the products and services to make sure that all of our players and the people who use our products around the world know that how important it is to us. And they can find themselves in the stuff that we actually have, like internal employee resource groups. GLEAM [Global LGBTQI+ Employees and Allies at Microsoft] is the one for queer folks here that do a lot of work on Pride. Microsoft really supports Pride stuff.”

BGN asked what was the most interesting thing her data collection has discovered. She remarked, “What’s been most interesting for me is how diverse our audiences already are. I think that as the industry is pushing towards diversifying gaming, there seems to be the sense that our audiences right now are mostly white, mostly male, mostly enabled. We’re trying to expand beyond that to reach more people. But when you actually look at what our audiences currently look like, diverse people are already playing our games, right? We just didn’t know it because we weren’t asking. When we do studies and we ask everybody if they have a disability, routinely about 20 to 30% of our players say that they have a disability of some kind. We’re finding similarly high numbers when we’re doing research on race, doing research on gender. Gaming is actually already really diverse. Our efforts are about reaching the people who are already in our audiences.”

Along with researching diversity, there is the elephant in the room that all of us online gamers struggle within the multiplayer lobbies — the trolls. Boone explains that they have done some interviews with those who have been targeted and also with players who have engaged in that kind of behavior. “To understand a little bit about what’s getting them into that situation, there’s a couple of different factors that we’re trying to operate on to help with that. One is some of the normalization stuff that we talked about. So, making sure that we’re communicating to people how we expect them to act, or what we want our culture to look like. Part of that is following up with people when they do get reported. Instead of slapping them with some consequences that they don’t understand, we’re actually trying to open up lines of communication to help them understand this is not the standard way that people act on our service. There’s been some cool research that’s come out of a couple of different gaming companies that have come together to study this, that show that people who do that actually think that it’s pretty normal across the service to be toxic. They think that it’s normal because those are the people they interact with. But when you actually look, they’re only a small microcosm of the service, right? If you tell people that, they’re actually more likely to cease their behavior in that realm. We’ve done some work where we’re actually communicating to people like, ‘Hey, this is not the way that people are expected to behave. You’re actually an outlier.’ In that case, it actually helps reform some of the behavior.”

Whether it is making it easier to include a rando on your journey or finding new ways to fight the toxicity of online play, it seems that Boone and her team are really focusing on making Xbox a place where everyone can come play and have fun, while also finding groups that call to them. She says, “We want people to be able to find those groups. For example, if I want to be able to find a group like Black Girl Nerds who all want to play together and play Overwatch, I want to be able to do that. We want to enable that. But we also want matchmaking, like if you just jump in with randos, to feel just as inclusive as finding your group. So, some of the focus we have is promoting the kind of values that we want people to have that’s based partially on some of the research we’ve done. We’ve shifted our focus to helping to build the culture that we want.”

All I can say to that is good luck and I’m thankful that there is someone out there looking out for all the ways Black girls play (#blacknerdsplay).