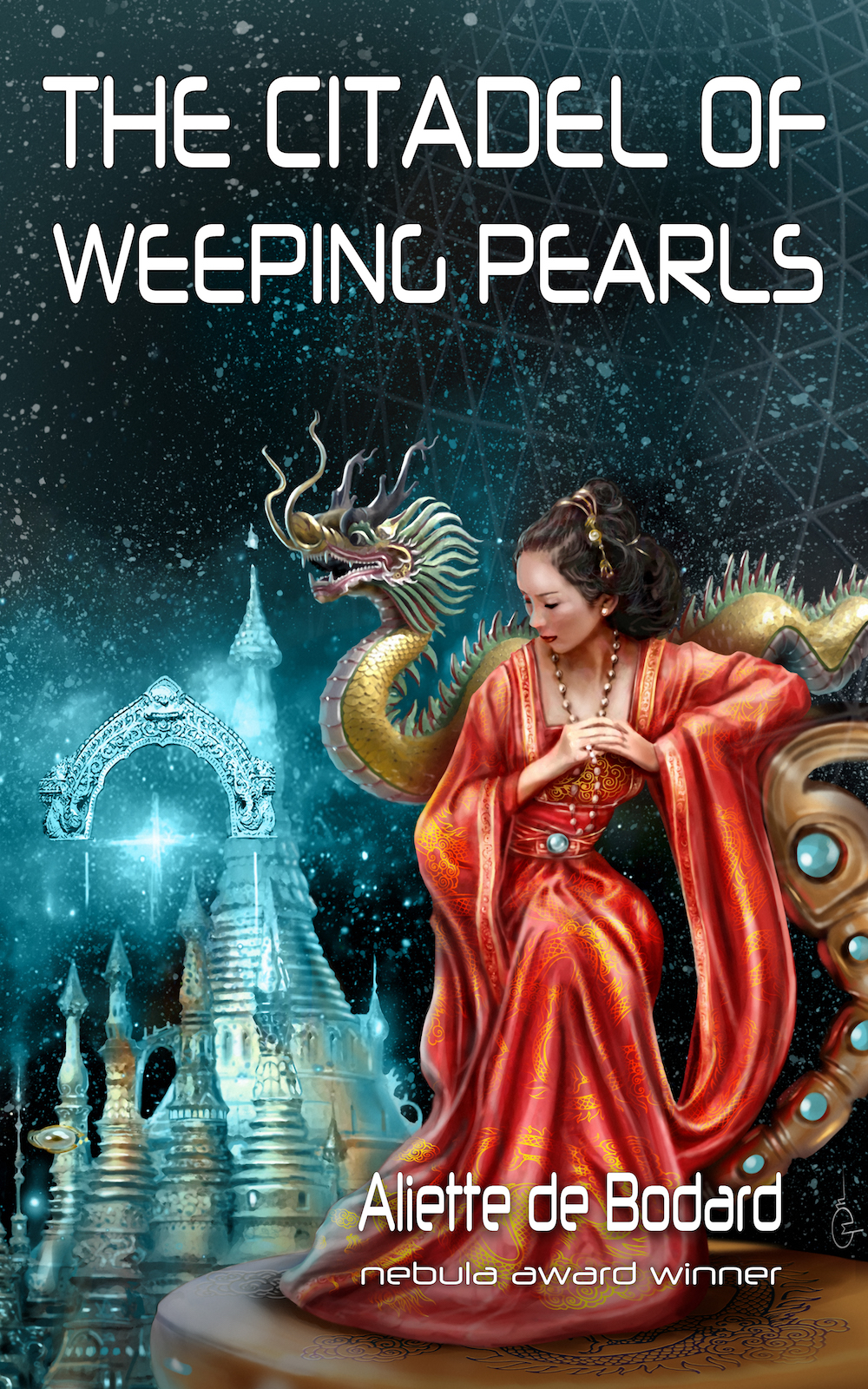 On a Red Station Drifting and The Citadel of Weeping Pearls are both part the Xuya universe, a world where Confucian powers became the dominant powers. Both focus on the Dai Viet, the Vietnamese galactic empire. Technology includes Minds, which are either imbued by the experiences of some notable persons after their passing so they can still impart their wisdom on their descendants, or are put into spaceships and educated as human children could be before becoming autonomous.

On a Red Station Drifting follows Linh, a scholar who had a high posting as a magistrate on a planet. But she had to flee because of war, and full of guilt and regret, she arrives as a refugee on a space station held by her kin.

The characters of both novellas are extremely interesting. In On a Red Station Drifting, neither main character is really enticing at first as both are blinded by pride, regret, arrogance or resentment. But it is precisely those failings that build towards the resolution of the story.

In The Citadel of Weeping Pearls we follow four main characters. While most of them act because of family ties, it isn’t the case for the fourth one. And it is extremely revealing to see him getting the others’ intentions or intuitions wrong because he misses how those ties matter.

There’s one recurring character in both novellas, but they can be read independently.
Both stories are stories about family ties and their complexity. In this, I found The Citadel of Weeping Pearls much more accomplished as it beautifully described the loss and the passing of time or of people close to us and the memories we have of them.

The universe itself is fascinating. There’s of course, the codification of relationships and behavior in Vietnamese society which is used with great effect for narrative purposes; to that should be added the highly original mix of how this society was organized and its values with future technology. The constant presence of Ancestors as Minds, the wall panels displaying poetry, and the scholars who become magistrates in outlying planets all give a remarkable depth to the world building.

But the Minds themselves are a great addition. I was at first very uneasy until a throwaway line in The Citadel of Weeping Pearls revealed that they are not humans who would be deprived of their bodies but created from “seeds” implanted in a womb so that they can truly be family. I will look for more of the short stories set in this universe as the Minds are an aspect of it I’d love to know more about.

Aliette de Bodard is a writer I follow keenly. Sometimes, her stories aren’t my cup of tea, but sometimes they are. They are a risk I enjoy taking because I know the writing is gorgeous anyway. So when I realized she had two sci-fi novellas I had never read, I had to try them. Both novellas are a joy to read. Aliette de Bodard’s writing is gorgeous, from lyrical tones to the reflection of complex feelings. She often finds the rhythm and complex bareness of Asian poetry in her depictions, making the Confucian atmosphere more than just a veneer created by characters’ attitudes and names.

On a Red Station Drifting and The Citadel of Weeping Pearls are two fascinating novellas that will make you (and me along with you) regret that the short stories aren’t all gathered in a neat little volume. De Bodard has created a fascinating and rich universe. Despite the shortness of both novellas, it is a tremendous backdrop to universal stories about family and loss.