Another fan group extremely well-represented was made up of young fangirls and fanboys of Kris Wu (Chinese name: Wu Yifan), the young Chinese-Canadian actor and singer-songwriter who co-stars in the movie as “Nicks,” the DJ.  Wu, the official host of the screening, is a mega-star in China and this is his big splash in American films.  These fans were super-excited and squee-ed in delight when Kris put in an appearance before the screening.  A small group of them traveled from China just to attend this advance screening.  Their zeal was acknowledged by Wu and the director, D.J. Caruso, who gave them an opportunity to pose for photos with the young star.  Wu was charming and, to the delight of the rest of his fans, took a selfie with the audience before disappearing as the movie started. 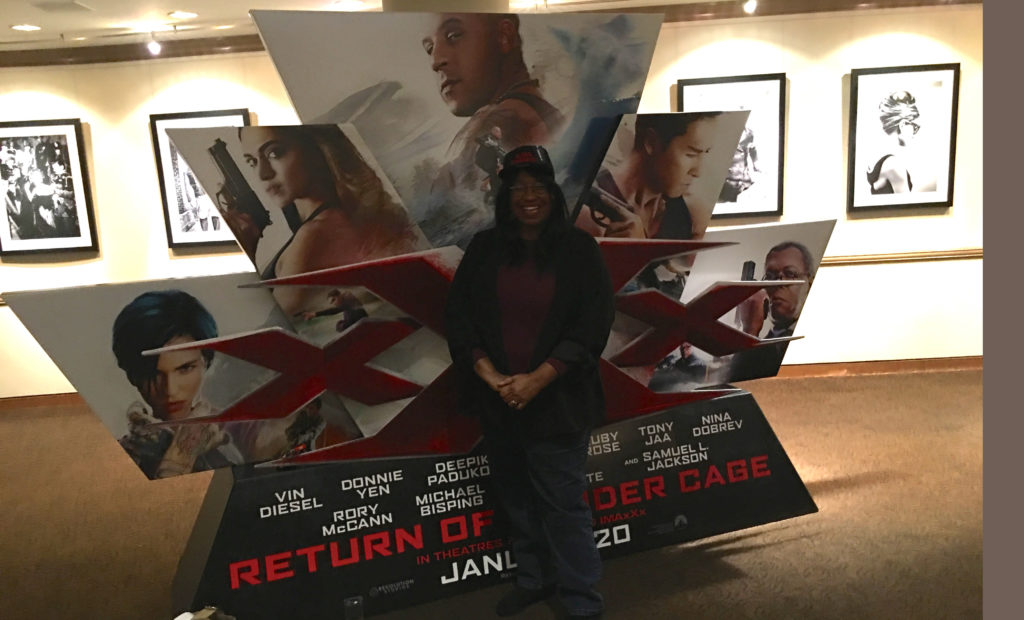 The movie itself was greeted with raucous whoops of approval at uber-action sequences, whistles of admiration for the “hot” female forms parading in and out of every frame, and laughter at 007-esque humor liberally sprinkled throughout the movie.  There did seem to be more laughter and groans than gasps at some of the more extreme stunts, but a good time was had by the audience who treated the movie to enthusiastic applause when the credits rolled.