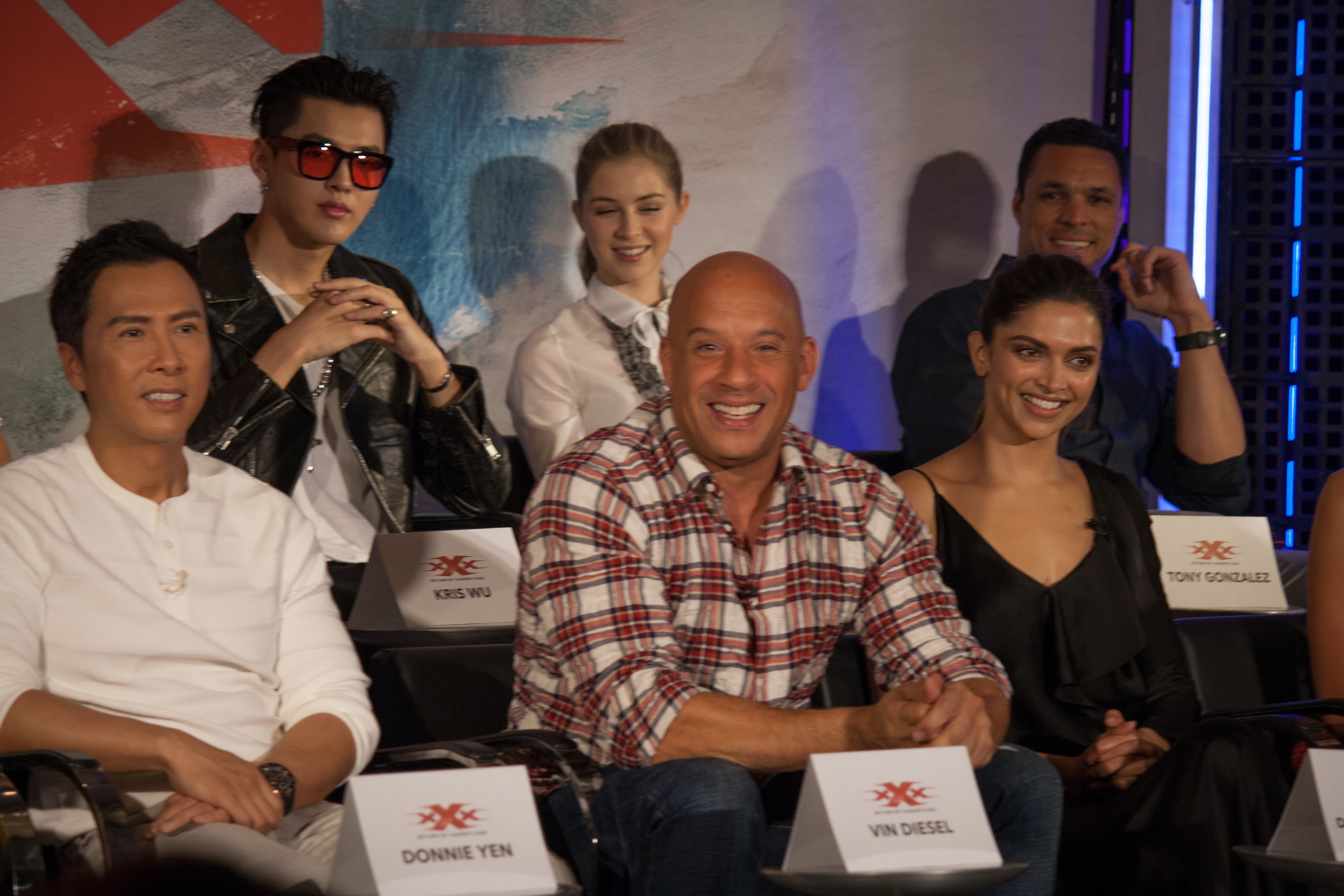 “I needed to do triple X for myself,” he said and continued with how he wanted to play a role in which he could laugh and have fun. The cast echoed the sentiment throughout the press conference that this was a fun film to work on. There seemed to be a consensus that Vin himself was the main reason and, despite the many differences in their backgrounds and levels of training, the degree of respect and affection they exhibited for each other was quite evident.

Director D.J. Caruso was generous in his praise of Vin’s commitment to making every scene and shot the best it could be, not only as an actor but as producer. Said Caruso, “He wasn’t the bean counter, he was my other creative force.”

The “global” nature of the casting was the other exciting thing about this project for Vin, fulfilling his long-standing desire of “going into other film markets and recruiting their celebrated heroes and incorporating them into our franchise.” Some of the cast members like Deepika Padukone, who he met on a screen test for another film, and Donnie Yen, both of whom he had wanted to work with for some time. Vin went on to compliment other cast members like Hermione Corfield, as well as those who were newcomers to Hollywood films, such as Kris Wu, China’s young heart-throb, and actor and UFC star Michael Bisping, for bringing their special talents to the movie. 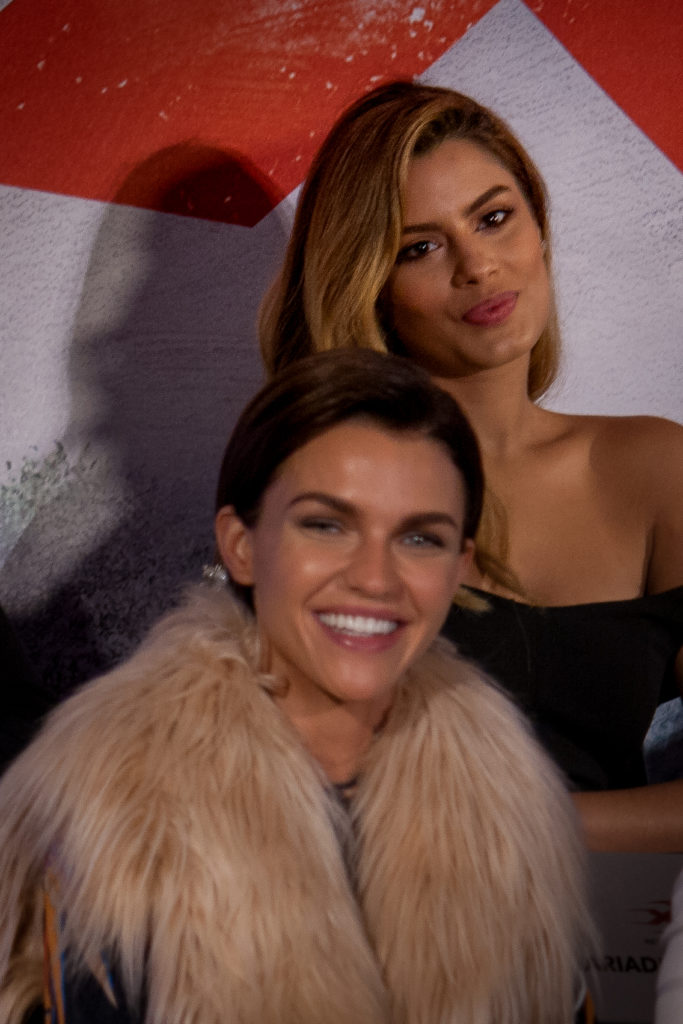 When asked how different it was working with actors from Asia as opposed to American actors (much of the supporting cast members are from Asian countries), Vin answered that he saw no differences. He suggested that identifiers such as race, ethnicity, and nationality don’t factor into his world view, concluding that in his world, “We are just one.”  Deepika, Ruby Rose, and Nina Debrov fielded questions on the strong female characters they portrayed in the film, and all agreed that kicking ass rocks. Deepika offered that the stunt training was intense both mentally and physically, but that the encouragement and support of stunt coordinators and team helped give her the confidence to get through it. For her part, Ruby pointed out the there was a conversation that needed to be had about the lack of strong women in action films and was happy “xXx” addressed that concern. In particular, she was pleased that the women in “xXx” weren’t pitted against each other throughout but ended up concluding they were stronger together.   Nina spoke to her pleasure of playing “Becky,” the team’s tech wiz, saying that she was grateful for the opportunity to play a type for which she normally doesn’t get cast. She also admitted that she was more like the awkward nerdy character than not. But when asked if she was also a computer and tech savvy geek, she answered, laughing, “All of what you see on screen as Becky is acting.

Apart from turning on the iPhone, I don’t even know how to put it out. None of that’s me.”   For several of the actors, this was their first American film, but for a few, it was their first time in a movie, period. Former NFL tight end Tony Gonzalez, former Miss Universe Ariadna Gutiérrez-Arévalo, and singer-songwriter Nicky Jam all make their big screen debuts in the movie and all of whom drew praise from Vin for bringing their special something to the movie.   Nicky, asked about his “bromance” with Vin and about a rumored future musical collaboration, grinned, but would admit only that they were “working on something,” with no other details but that they are “having fun.” Vin threw in that the bromance is real because Nicky drew rainbows with Vin’s little girl once, and now, whenever she sees him she saw, she says, “Rainbow.”