I had the pleasure of watching the film You Might Be The Killer and speaking with writer, producer Thomas P. Vitale. For myself, this film was such a fun experience with a reach that transcends beyond the typical horror film enthusiast.  Vitale spoke with me the following morning after You Might Be The Killer’s opening night at Fantastic Fest and he was such a delight and open to talking with me about bringing this story to life.

When the brilliant writers, Chuck Wending and Sam Sykes were creating the viral and instantaneously entertaining twitter thread, one of the producers (Craig Engler) saw it happening in real time and sent Tom Vitale a text urging him to check out what was going on. Vitale and Engler were wildly entertained by the thread and both agreed “This is a movie.”

From there, they contacted the original writers (Wendig and Sykes), because they had created a story which already had a beginning, middle, and end. They deciphered that the conversation was happening in retrospect and made the unique choice that a big chunk of the film will be told in flashback.

Next, they spoke about the characters (Sam and Chuck) and fleshing out the world. Which means going into the development phase of creating the characters, the mythology, the story, and the structure.

After they put it on paper and decided on a story and structure that worked, they moved onto scripting and because filmmaking is a collaborative effort with each new entity attained (director, actors, set pieces) the story began to evolve into the film You Might Be The Killer.

Vitale shared that like most films, the budget is less than what you want, but by no means was You Might Be The Killer a micro-budget. They received a healthy budget. One of the creative challenges of making a film Vitale shared was “how do you make the best film for X amount of dollars?”

The director and co-writer of the film is Brett Simmons. Vitale gushed about Simmons and said, “He is so creative, so smart and everyone loved working with him.” From the viewer perspective, I share a similar sentiment — the film was creatively executed and the entire cast did a great job, so major kudos to Simmons, the cast, and the crew of You Might Be The Killer.

The film is from the perspective of someone who might be the killer and Vitale says, “the trick of the story was getting the audience to fall in love with the main character, Sam.” As a viewer, I can genuinely say that I loved Sam, he was the correct amount of adorable and likable that made me enjoy watching the film from his perspective.

Vitale gushed over the lead actor, Fran Kranz by saying, “He is such a good actor and hard worker with so much energy. He gives his all in every role and throws his mind, body, and soul into his work.” 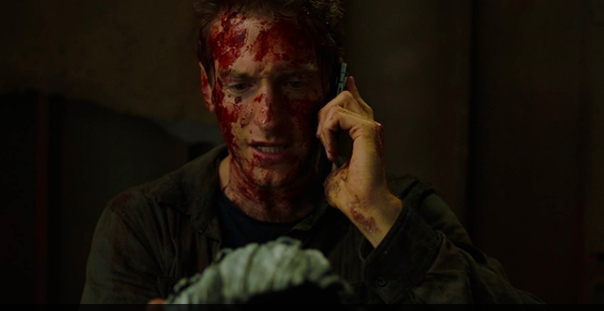 What Viewers Should Take Away?

Vitale shared that this film is a love letter and homage to the genre he explains, “I want the audience to recognize that the people who made this film, love this genre”. In You Might Be The Killer, there are references to other writers, great horror films, visual references to The Evil Dead, and a plentiful amount of references to genre tropes.

Vitale hopes that this film will reach people that aren’t necessarily key fans of the horror genre as well. He states, “horror films often get a bad rap, but they are like any other film in the concept that the best ones are character based. Horror is about characters going through a situation and each one responds differently.”

Vitale was extremely open and helpful while dropping some advice for up and coming filmmakers.

Regarding budget, he said, “Be creative and smart about how you spend your money.”

Vitale shared that he believes that novice filmmakers should attain as much information as possible (books, films, TV shows, attend film festivals, etc.) and most importantly — to create content. “Especially during a time when there are so many resources to pull from. Make what you love, keep creating, meet a lot of people, concentrate on your characters, because at the end of the day it all comes down to being able to entertain”.

Vitale wants audiences to know the following, “my favorite part is helping people escape, kick back and unwind. That brings me the most satisfaction, the fact that you are able to help someone enjoy themselves. I just can’t wait for people to watch this film and react to it”.

You Might Be The Killer is currently screening at Fantastic Fest in Austin, TX.