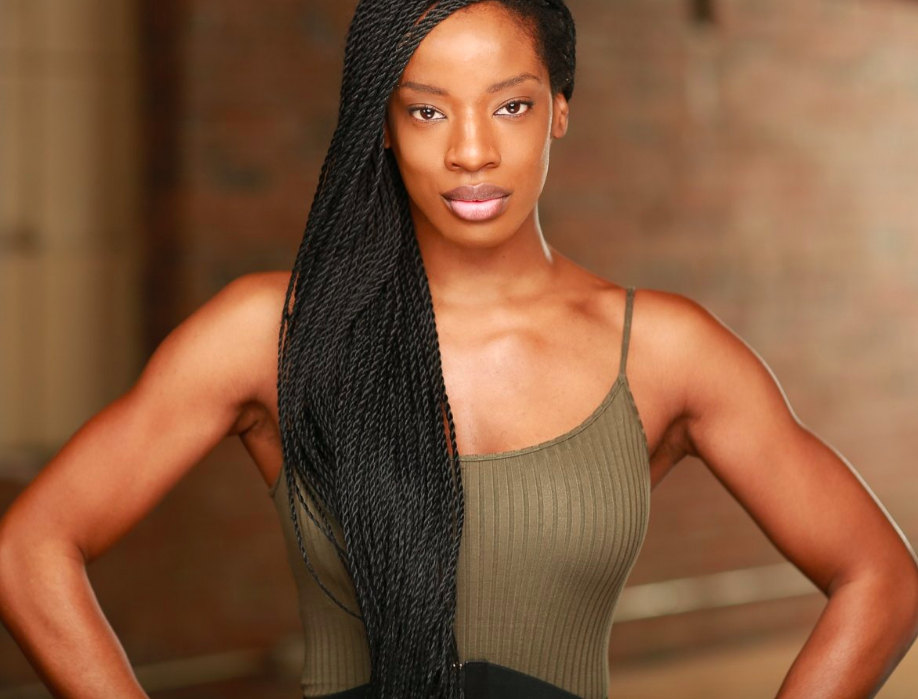 If you don’t know the name Ayisha Issa, you better learn it quickly. Issa began her career in acting after her Brazilian Jiu-Jitsu background landed her in a supporting role in the film Immortals. But now the fierce and fabulous actress has stepped into a new role as Dr. June Curtis on NBC’s latest medical drama Transplant. The show is unlike any other medical drama you’ve seen as it incorporates a diverse cast and tells a nuanced story not often shared on-screen. Issa’s love for acting shines through as she takes on this role as a determined doctor who is still growing and learning to balance out her life.

You’ve expressed you’re very interested in sci-fi and action roles. How has it been taking the role in a medical drama?

I’m really grateful to have the opportunity. I love the character that they created, I think that she’s just so multi-dimensional — she’s got a lot of layers and is just a fun character to play. They gave me a lot to work with. I think that because I like action and sci- fi and stuff like that so much, I was a little bit apprehensive at first because one of the things that I loved so much about this career is that for the majority of it, anyways, I got to combine my martial arts background with my love of acting. So this was like the complete opposite, where I was committed long term to a project where I would not be able to tie those two things together. I was really, really, really worried about that at first. But now seeing how much personal growth comes from playing these kinds of characters, and we have great material, and I just really love the people that I work with, and the show is amazing, I’m just really happy to have the opportunity. I also had a chance to conquer a lot of fears that I have regarding doctors and needles and things like that through doing this. I’ve learned a lot. So it’s one of those things where you don’t always get what you want, but you get what you need.

You’re bilingual, which takes a lot of brainpower and skill. Do you feel that helps you get all the medical terminology down when remembering your lines? What tricks do you use?

So for me, what I’ve learned about myself and I think some other people might be able to relate to is when you get really anxious about certain things, you get an idea in your head, you can create a block. You can convince yourself that there’s things that you can’t do. In reality, it’s the fact that you’re telling yourself that you can’t do it that is the issue, not actually your skillset or your capabilities. I’m one of those people. When it comes to this role in general, because there’s just a lot of material, I really just knock it out one part of the time. I just try to focus on what I need to focus on and then move on. I have ADHD, and one of the things is that it’s difficult to prioritize. Everything seems equally important, and it becomes overwhelming. But if I break it down and say, “Okay, I know what the storyline is, I understand what’s happening with the character, I trust my ability to communicate this. What do I need to do today? What is the first thing?” Nail those lines, get the word, make sure you have it right. Say it, forget it, move on to the next scene. That’s how I that’s how I operate.

You play Dr. June Curtis. How does it feel to represent Black women in the medical field and be a part of such a diverse cast that tells a nuanced story?

It’s amazing! It can be very stressful too because you feel a lot of pressure. I have to constantly remind myself that this is one version of what that looks like. As a Black woman, and I’m sure you can relate, one of the issues that that we face is when we talk about diversity and representation, the issue is that there’s, like, one version of a Black character. We just keep seeing the same version of that Black character. Sometimes they polarize and go completely in the opposite direction. It’s always one or the other. I think that representation is about representing the diversity that exists amongst Black women. I try to stay as true as possible to what I see when I get the material and try to convey that and focus on the experience of what the character is going through and sharing that. I think that’s the most relatable approach. But I’m obviously very proud to be on the show where there are so many firsts taking place and where they’d given such a meaty and multi-layered role to a Black character to explore and unpack and stuff. It’s very exciting for sure.

What is the energy like on set? What takes place between the cast behind the scenes?

We don’t really get along very well. [Laughs.] Just kidding! It’s the complete opposite. Like, everybody gets along really, really, really well. That’s also another thing that you never know how that’s going to go. From the day we met, we had our first boot camp, that was the first time we all were together as far as the cast is concerned. And we have been truly kind of inseparable ever since. We have a Whatsapp group; we talk every day. We know each other really well on a personal level. We can talk to each other about real things that are going on in our lives. We respect each other. Obviously, when it comes to the producers and the directors and the writers and the rest of the crew, there’s that same kind of camaraderie where we’re all on the same team. We’re all working towards the same goal. It’s just a really nice environment where if you have an issue with something or if you feel uncomfortable with something, you really feel like you have a space to share that. People will support you in sharing that and then finding a solution that works. I think that is rare for production as a whole. I’ve never had this much say in my work, and it’s a really nice feeling to feel — like they hired you to get the respect that you do and they believe that you can do it. It’s a really great work environment.

Dr. Curtis is very determined and dedicated to her work. In what ways do you relate to the character and how do you feel you’re different?

I guess people just have different ways of going about creating their characters and bringing them to life. I don’t have a set of rules that I learned in school or anything like that, because of the way that I got into the industry. So the only way that I know how to create characters is to connect with them as authentically as I can and then to share that. June has a lot of me in her. I’m extremely socially awkward, but I mask it very well. I think that June is like a version of me maybe two years ago when I found that more difficult. I can completely relate to that. I’d like to share that experience and that discomfort, to get the public through the character. That perfectionistic attitude of when I get on something, or when I do something, nothing else really matters, I need to execute. Nothing really ever is good enough, it needs to be perfect, and lots of times it’s unacceptable. I have a bit of that for sure. So those two things are the major thing. Then also there’s the intimacy aspect of it and not necessarily being super comfortable with intimacy and letting people get really close and things like that. That discomfort is very real. Actually it’s interesting because I was able to share that right with the producers and so they hooked me up with an intimacy coach that helped me and Eddie (Lou) connect and make that a little bit easier. It’s weird, because I get to learn and improve through playing June. So there’s a lot of give and take between me and the character.

If you could be in the writer’s room, where would you like to see Dr. June’s story go in the upcoming seasons?

Well, I love the fact that they’re more focused on me being human than on trying to fill any expectation of what a Black female doctor should be, or shouldn’t be. They’re just letting her be human. So I want to see more of that. I’m really more interested in June being real and being able to communicate real experiences and real emotions and maybe helping the public learn a little bit more the humanity of people who don’t understand than I am about June being liked. So my only note really would be, “Don’t worry about June being liked.” I just want to help people understand this type of person.

You can catch Transplant on NBC on Tuesday nights. To keep up with Ayisha and her latest adventures, follow her on Instagram @ayishaissa.