Lena Waithe has taken the next logical step in her career and created a show so perfect it’s sure to be just as big as Atlanta. You don’t have to take my word for it. The pilot is now available on YouTube. You’ll want to be sure to grab a box of tissues. You’ll laugh so hard you’ll cry. Then you will cry because your heart has been torn from your chest. 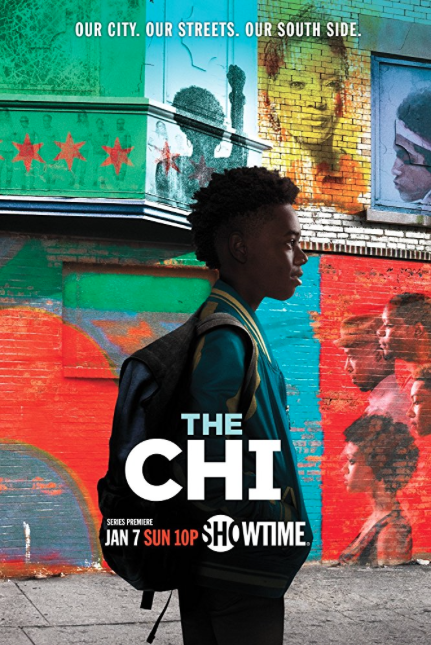 After her Emmy win, for her glorious Thanksgiving episode of “Master of None”, Waithe’s script for The Chi finally found a home with Common’s Freedom Road Productions. At Vulture Fest in Los Angeles, Common remarked on how the script was surrounded by an incredible buzz for years. After watching the episode, it’s easy to see why. Crafting stories from multiple angels with kids who curse, mother’s who mourn, and children trying to reach past the grasp of their parents, the show explores a side of Chicago rarely seen. The Southside has a heart that is fully on display. We won’t get into a full break down here, but it’s certainly worth your time.

The pilot was directed by Rick Famuyiwa (Dope, The Wood, Brown Sugar). Famuyiwa expertly introduces thirteen characters in quick succession. He understands the rhythm of Chicago. The way we walk, how the “L” is more than just a transit system, and the power of the courtyard. Using Waithe’s script to guide him, he’s visually established a world that you want to dive into. 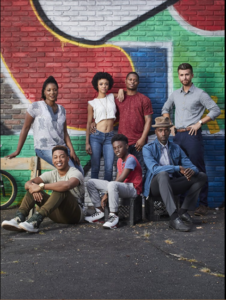 The show stars relative unknowns, rising stars, and Hollywood veterans. Star, Jason Mitchell (Straight Outta Compton, Mudbound), shows no sign of slowing down his rise to success. In “The Chi”,  he plays big brother Brandon. A man with a plan and a dream that is quickly diverted when tragedy strikes. Other standouts include Birgundi Baker (Heathers, Empire), Alex R. Hibbert (Moonlight), and Yolonda Ross (The Get Down) and Tiffany Boone (The Following).

Much like Atlanta, this is a show for the culture. A perfect exploration of not just Black culture, but Black culture specific to urban (read city) culture. Music is the cornerstone of this culture and with the show’s opening, “All We Got”, by Chicago native Chance the rapper, the tone is set. Whimsical, funny, gritty, and enlightening The Chi will be a top contending series of 2018. 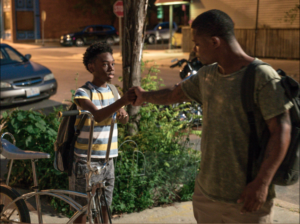 Check out the pilot while it’s still available.