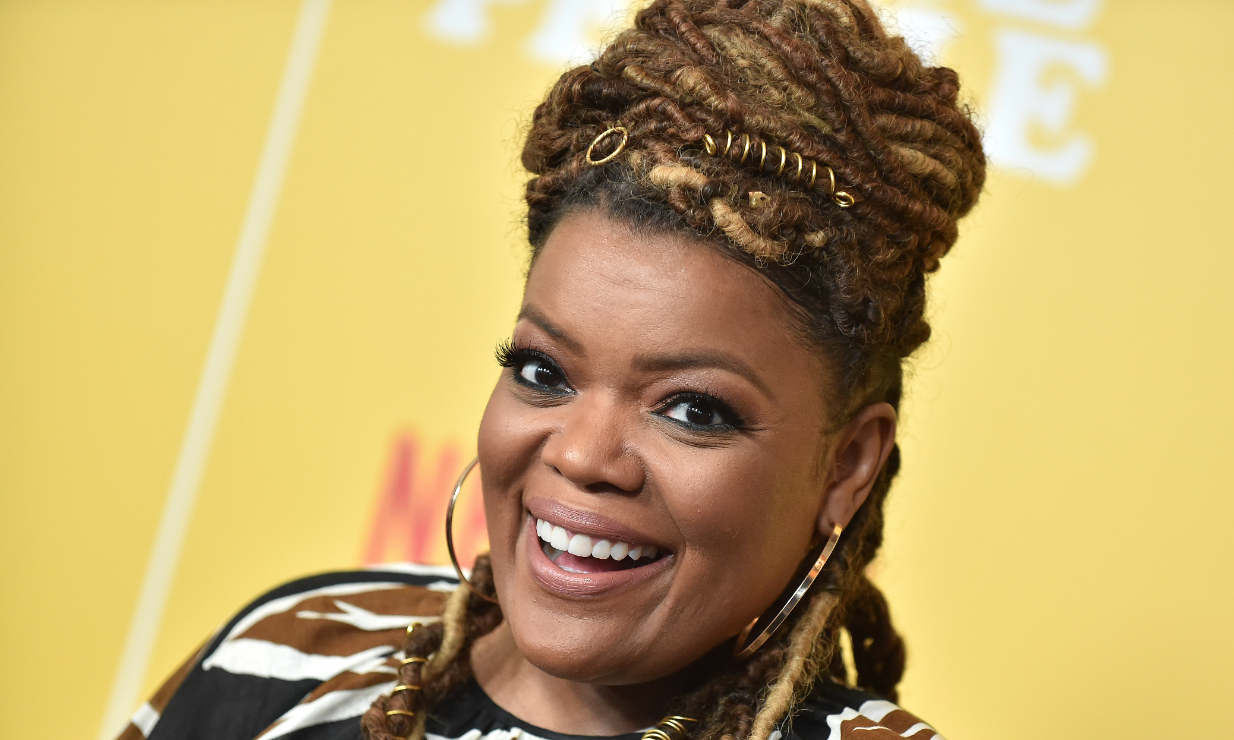 If you’re a Millennial or Gen Z’er you’ve likely grown up watching Yvette Nicole Brown on some of the funniest, knee-slapping sitcoms like Drake & Josh or Community, or even in the groundbreaking finale of the Avengers franchise: Endgame. But it’s also likely that you’ve been hearing your voice in some of your favorite animated hits and didn’t even realize it, such as Family Guy, Elena of Avalor, or DC Super Hero Girls. The veteran actress has now made her return in season 2 of the adult animated comedy Fairfax on Amazon Prime, voicing the cool but no-nonsense stepmom Trini.

BGN had a telephone conversation with Brown about what viewers can anticipate for the new season and the joy of voicing Black animated characters.

Viewers quickly became fans of season 1. What makes season 2 even bigger and better?

I feel like the kids are finally finding their way towards internet clout and supremacy. It’s just more of them finding their way you know? What I love about the show is that it’s based on pre-teens navigating all the things like social media and trying to be the best that they can be, and as famous and as popular as they can be. And so it’s just more silliness and ballyhoo.

What has the recording process been like in the age of COVID and not being physical with the cast?

We were never in person but we did some table reads and such over Zoom. What was great about all being together is that even though we couldn’t be in the studio recording together, we could at least have an idea of how our cast mates would do the line in the scene, which is a gift, especially during COVID. We weren’t allowed to be together so the only way we could find out how we were going to sound is when we were together on Zoom.

Did that present any challenges for you or were there any rituals you did to make yourself feel more comfortable and in the zone?

Well with voiceover even before COVID A lot of times you record separately. For most voiceover actors, we’re used to kind of finding our way whether the other actor is there or not, But when it’s a new show, and you’ve never gotten the chance to work with these actors, or maybe you haven’t seen the drawings yet, you’ve got to kind of find your way, so it was a great gift to be able to be in the table reads with each other and be like ‘Oh, that’s how Kiersey [who plays Derica] is going to do that line or that’s what her character sounds like.’

We were able to get an idea of who we were. Actually, a lot of us met for the first time at the season one premiere party that Amazon threw for us. I knew Kiersey of course because she and I did Lady and the Tramp for Disney together years before, but I met some of the boys and the creators for the very first time in our premiere.

It’s great joy in playing a Black woman in particular because I feel like because I’m a Black woman, any voice I do is essentially a Black character because it’s gonna sound like me. But I’ve played black squirrels and black dogs, but it’s exciting to get to play a Black woman and to bring all that we are to Trini. Her character was a singer and she’s a stepmom now. But in her younger days, she was a background singer for Prince, that’s her backstory.

She’s a sister, you know? There’s a certain episode when her stepson gets a little mouthy with her and you know Black women are gonna ‘Wait a minute now. Boy, you better watch your mouth.’ So it’s a few things like that, that I’m able to bring in. It’s kind of like a homage to my mom and the way she raised me. It’s fun to get to play a character that is you, essentially.

Growing up, what shows did you like to watch, and do any of the characters from those shows influence how you portray Trini?

I loved Claire Huxtable when I was growing up. She was my North Star in regards to acting and just womanhood. So anytime I’m playing a mother character on camera or off, 9 times out of 10 it’s a little bit of Claire Huxtable in there.

I loved The Cosby Show and A Different World. Speaking of A Different World, Cree Summer, who was like voiceover royalty, is like my fairy godmother in the voiceover space. The first show I did, Pound Puppies, she played a guest role on there and taught me pretty much everything I know about being a voiceover actor, so I gotta throw Cree Summer in there too. Then, of course, I love The Jetsons, The Flintstones, and Fat Albert.

Are there any storylines you’d love Trini to explore in upcoming seasons?

Well Fairfax is essentially about our four main characters, the young people, and how they move through life in Los Angeles and the Fairfax district. But what I love is when Trini gets to dip a toe into their world. There are a couple of episodes coming up where Trini gets to play a little bit. So I know she’s the mom and not the cool kid anymore — I just love when we see this other side of Trini where you realize that when she was younger, she really was that chick. So sometimes that peeks out in some of the episodes that are coming up in season two.

Review: The Block Is Hot on the Amazon Series ‘Fairfax’