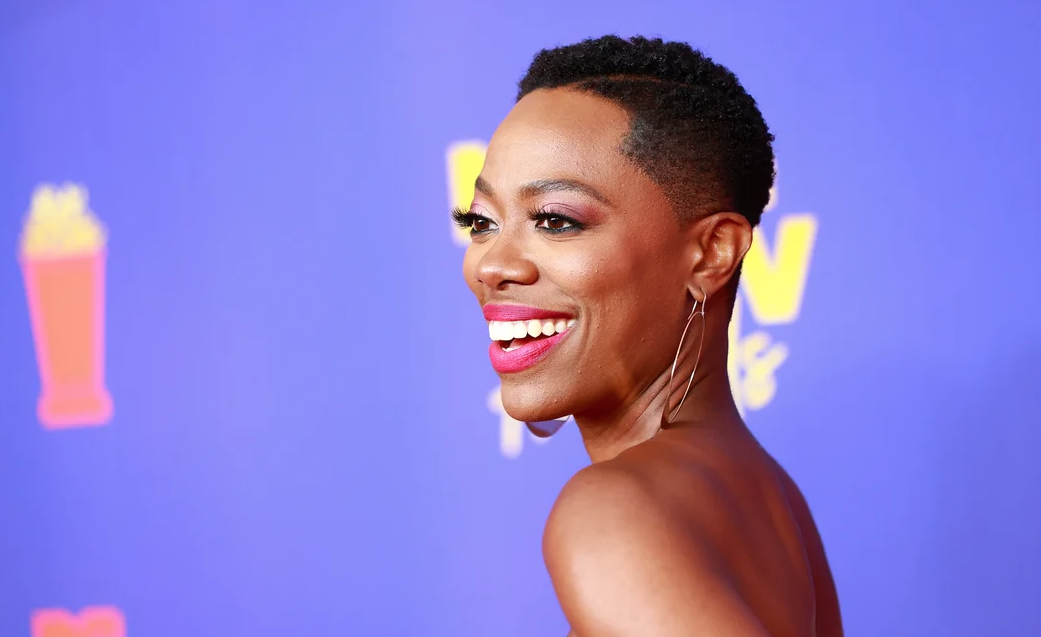 I could’ve talked to Yvonne Orji all day. I know that sounds like an interviewer’s desperate attempt to keep both the publicist and interviewee happy, but that’s just how it is. I could’ve talked to Orji all day largely because of what she had to say and how much she did. A seasoned comedian and performer, Orji knows to talk until she’s made her point clear. She places things in contexts so as not to be misunderstood or, possibly, misrepresented.

For example, when I asked her what audiences will see in her upcoming comedy special A Whole Me that we didn’t get in her very personal 2020 effort Mama, I Made It, she responded:

This is very different. This special is very much more introspective. We had a lot of time to sit and get to know ourselves. We got to know [some things] that we love, that we wanted more of, but some things we’re like: “We’re going to have to pivot a little bit.”

The special talks about all the things I learned to unlearn, some things I learned about myself, humanity, and my take on some of these things. It’s grown folks’ comedy. I talk about estate planning. I recognize that some of my comedy can be aspirational. [Like], in the first special, it was autopay, and some people were like: “We gon’ get there, sis!”

Because I remember when I was like: “yeah, I can’t put myself on autopay.” So this special — I’m talking about estate planning. It may feel like, “that’s a little… We don’t have an estate.” But I’m like, “no, but this is not Bel-Air.” We’re talking about if you have anything, an asset, a family heirloom that was left to you. Things that they don’t teach us in school.

I don’t know about you, but I have a lot of degrees, and no one taught me. So that’s what I find humor in. But at the same time, I’ll tell you what’s happening in my life in real time. If it helps you and it blesses you, God bless you. If not, then alright! It’s not for you. Tuck it away for a later day.

And that’s the truncated version.

What’s missing, however, is Orji’s lively delivery and sounds of me eager to hear more. She’s not stepping over questions: she’s answering them before they can be asked. When we do get to my questions, she’s more than happy to oblige an answer. I ask her what life is like after you’ve called your mother to say you’ve made it? What new challenges does achieving success bring?

She talks about her struggles to rest after grinding so hard and for so long.

She says: “[W]ith A Whole Me, I talk about learning to unlearn certain things that helped me make it. Grinding and hustling helped me become a success, [but] in the pandemic I got time to be like, ‘Yeah, but that’s not sustainable. That’s not going to help you maintain the success because you’re overworking and you’re doing too much.”

So we have vignettes that punctuate the stand-up, [with] therapy being a through line of the vignettes. The therapist talks about: you’re over-performing, overworking, and all for what?” The therapist asks Orji, “When was the last time you truly felt like you were loved?” But it’s a question the comedian wants the audience to ask themselves as well.

From here, we discuss what her grinding looked like during the pandemic and even after the series finale of Insecure, in which she co-starred with series co-creator Issa Rae. Orji did not spend her time idly. “I mean, during the pandemic, not only did I drop the first special, but I was putting out a book as well as filming a movie and the last season of Insecure. So, yeah, it wasn’t busy at all.  Not only was I writing myself, but I was also promoting it.”

When asked how her success-oriented mindset affected the book’s production, she talks about having to be reminded by friends that, regardless of its placement or lack thereof on a bestsellers list, she should take pride in having made it at all. “‘We don’t care about what list this book makes,’” she recounts them saying.

“‘You wrote it. You heard a word and decided amid everything else you were doing [to] put pen to paper and for two years dedicated your life to helping other people reach their level of success. Girl, it’s a success.’” (According to Publisher’s Weekly, Orji’s book, Bamboozled by Jesus, did, in fact, reach #20 on the Hardcover Nonfiction Best Sellers list. Not that that matters.)

During that time, Orji learned to give herself time to rest after straining herself to her mental and physical limits. “I think my hustle was handicapped because I did not even have the bandwidth. I physically could not even if I wanted to.” She talks about the power of a hustling mindset and also its toll. “I know what Hustle Grind can do. I can power up like a Power Ranger, and yes, you’ll get results, but then you’re just crawling into the finish line.”

What did she learn to do instead? “I was just like: ‘You know what, God, can I be satisfied with whatever happens with this and still believe it’s a success?’ And that was what I had to learn. [And] as a Nigerian? That was not easy! But I had to learn [that] I can be proud of what I put out and I can know that it’s still going to be impactful regardless.”

Like in her previous special, Orji talks about how being raised by Nigerian parents affected her ability to self-motivate: “Part of what being Nigerian gave me was Drive,” she says. But now she’s looking for balance. “I’m like, ‘Alright, we have succeeded, and we will continue to succeed.’ By the same token, when does joy and pause and peace and celebrating all of the success come into play? Because so often we succeed to succeed some more.”

During the pandemic, Orji began to practice positive self-talk. Even over frustrations with faltering tennis lessons, she’d tell herself, “‘[Y]ou did that. You’re getting better.’ You have to encourage yourself,” she says, “even in the little bit.”

While Orji has learned to give herself breaks, she is still working towards reaching new horizons. She’s recently done some directing, and she has projects in post-production with Paul Feig’s production company Powderkeg.

More importantly, she’s looking to bring Nigerian and Pan-African stories to the fore, stories that don’t simply reduce the continent to slavery. In all, as her special title suggests, she’s working on being whole. “I talk about how I became the most authentic, most beautiful version of myself that I desire to be in this season of my life…I’m like, yeah, I became a new me, and that new me is pretty whole. And I like her.”