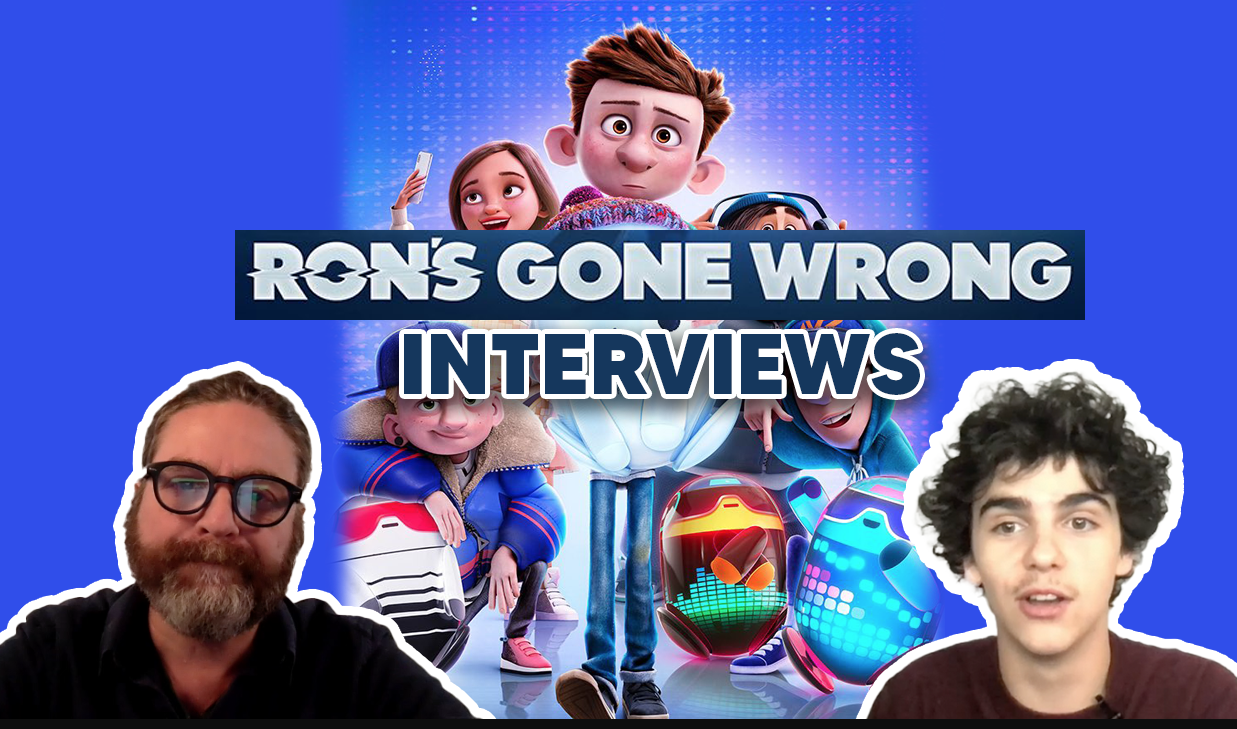 BGN interviews Zach Galifianakis (Ron) and Jack Dylan Grazer (Barney Pudowski) for the film Ron’s Gone Wrong. Twentieth Century Studios and Locksmith Animation’s Ron’s Gone Wrong is the story of Barney, a socially awkward middle-schooler, and Ron, his new walking, talking, digitally connected device, which is supposed to be his “Best Friend out of the Box.”