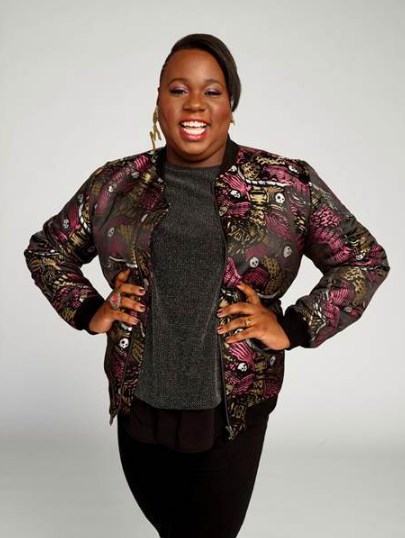 Alex Newell has his own version of an extraordinary playlist during the pandemic, but it doesn’t focus solely on music. Instead, it includes online performances for no other reason but to bring joy.

With the second season of the NBC break out series, Zoey’s Extraordinary Playlist now underway, Mo’ (played by Newell) will have the opportunity to step out and be seen as more than Zoey’s best friend and benevolent presence. The Broadway standout and former star of Glee says there’s more to Mo’ than being a “magical negro.” In fact, the focus will shift from Zoey’s world to the worlds of the friend group that surround her, most notably Mo’.

“There’s so much more that I really didn’t want Mo’ to turn into,” says Newell. “I didn’t want Mo to be this magical negro that fixes the lead character’s life. I really wanted to dive into more so what Mo’ goes through on a day-to-day, and we figure out more and more what that is and the backstory about it all and the life that Mo’ has outside of Zoey. Last season was us going into Zoe’s worlds. This season is Zoey coming into our world more.”

Between seasons, Newell, like many others, spent large amounts of time in isolation. After testing positive with COVID, moving to a new location, and not having a performance to keep his fire lit, there were challenges. Instead, he turned inward and found ways to cope with real life by way of Zoom meetings and performances. During those moments, he found joy in performance in a different way—much to fans’ delight.

“It’s been an uphill battle. I had COVID, being by myself in my New York apartment, just coming off filming monasteries, and doing a lot of manual work. Just like moving into a new apartment, it was hard to like, stop life in general and just like, do a hard reflect on everything. I had to find what brought me joy. What brings me joy is performing and singing and dancing and acting for everyone and doing live performances and recording and filming, and everything flows from that. I was fortunate enough to keep doing that virtually.”

With the season returning when people are adjusting to new normalcy, Newell is pivoting along with it. In addition to finding a new way to perform for the masses, he’s also learned some new and important things about himself and how to move going forward.

“The biggest thing that I take away from all of it is just because you look at music in one variable at one point, knowing so much about music doesn’t mean that there aren’t different reasons behind songs and how a song may even sound different to somebody else.

“You know, I’ve been fortunate enough to have this elaborate musical career outside of working on television. My television career has been so heavy in music at the same time. These questions of how we use music on this show and how we use them on Glee are two different kinds of vehicles. It’s always lovely to see how those kinds of things work. It really sinks you into who these characters are and who Mo’ is and makes you really think about like, sometimes we get assaulted with life by this song. And then I’ll go back, and I’ll listen to lyrics when I listen to the arrangement.”

And that huge American Pie performance that got everyone talking after Season 1? It was all done in one single take.

“We didn’t say ‘cut’ any time between the beginning of the shot to the very end of the shot, and wow, everyone’s effort. That’s cast, crew, background artists. Light, cameras, everything was taken into account because if one person messed up, we’d have to start from one again. If you watch closely to that theme, it goes from the mid-day where the sun’s still up. You notice, as we go around the entire house, things start to go away. People start to leave. The dining room table goes from being fully set up with buffet trays and all of a sudden, to just having like a little food on it, and then being completely cleared out by the end of the number when everybody’s gone. And I’m still there at this house, and everything is still cleaned up. That took a lot. This is the set dressing behind the house set. People were ripping and running, changing the blue curtain, bedding the blue sky to make a black curtain to make the night sky. It was a whole ordeal behind the scenes that people don’t know about.”