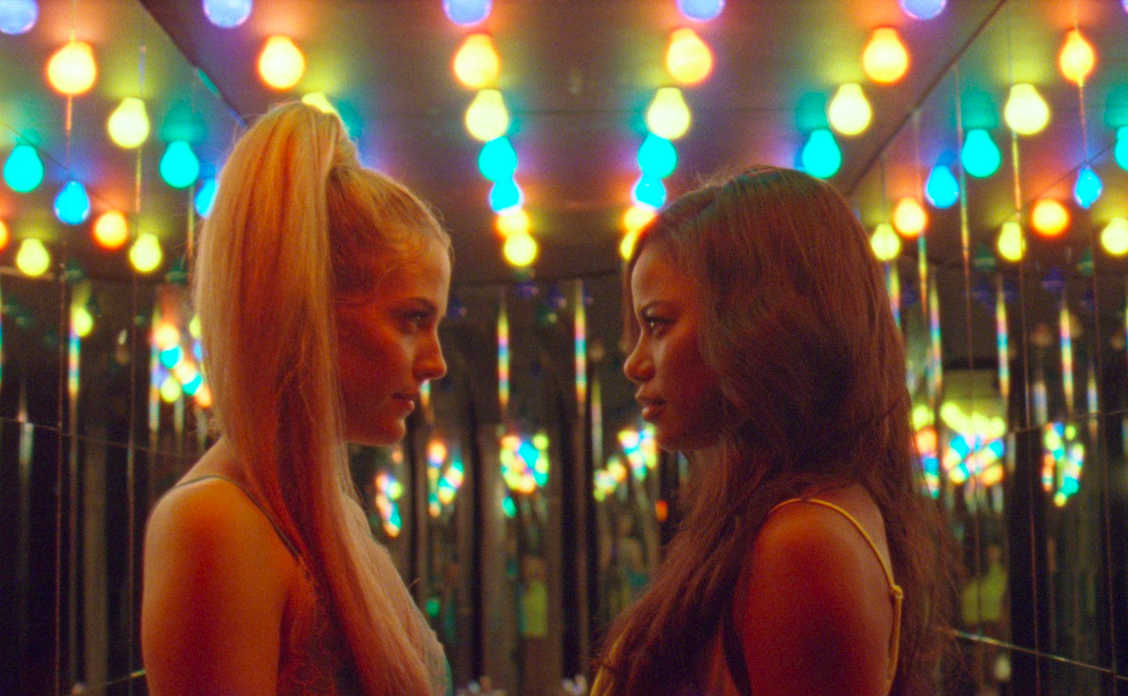 We all know *that* white girl.

Growing up in the midwest as a young Black woman, as I was, meant being surrounded constantly by whiteness. From classmates and co-workers to the entertainment on television or even just people on the street, being a part of the community meant experiencing the white community. And more pointedly, full inclusivity relied on the favorable reaction of white eyes on Black and Brown skin. There’s a humorous meme making the rounds on TikTok where Black youth are asked to participate in certain activities: skinny dipping in a lake, jumping a fence of an abandoned property, talking back to the cops, and the answer given back is, “You know I’m Black, right?”

It’s colloquially accepted that the thrill in the lives of people of color are not found in bungee jumping, but instead escaping unscathed from an interaction with the cops or completing a walk without experiencing a racial microaggression. An inherent self-preservation exists that only becomes more justified when we see tales of Black people getting gunned down in the street or murdered for the crime of being Black. However, with risk comes reward. When the offer of success or profit is on the table, it might make it easier to widen boundaries. Enter Zola.

The latest feature by Janicza Bravo (Lemon) and starring Taylour Paige (Ma Rainey’s Black Bottom) and Riley Keough (The Girlfriend Experience) tells the story of A’Ziah “Zola” King, a young woman who took Twitter by storm via 148 tweets. Through the tweets she documents a weekend in Tampa, Florida, that is the very antithesis to the “You Know I’m Black, Right?” meme.

After Zola (Paige) meets white girl Stefani (Keough) at a Hooters-like restaurant, they become fast friends. Stefani showers her with praise and invites her to Miami to dance, claiming she can make several thousand in a night. Zola has a healthy dose of skepticism, but the promise of dollars and deepening her bond with her new friend are too great. She meets with Stefani, her boyfriend Derek (Nicholas Braun), and “roommate” X (Colman Domingo). From there we spend the rest of our tight 90 minute journey experiencing a Tampa weekend that can only be accurately described as “harrowing.” There’s sex trafficking, stripping, bedbug-ridden hotels, and even murder.

It’s a truly wild journey and every moment is beautiful. I mentioned at the top of the review that we all know that white girl. To put it simply, it’s the kind of white girl who can lead their prey into a web and make it out without getting stuck. In the meantime, said prey is covered in sticky strings and a giant arachnid is closing in. Zola’s story is unique in the details, but not at all in its most base form; a scorpion asking a frog for a ride across the river. The original series of tweets — posted in October of 2015 by a then 19-year-old King — caused a sensation and led to the production of threaded tweets on the popular platform. Big names such as Missy Elliott, Solange Knowles, and Ava DuVernay took notice, and soon the real A’Ziah was being interviewed by Rolling Stone.

The production of Zola is just as colorful as the story itself. Originally set to be directed by James Franco, the script left much to be desired. Written by three cishet white men, Paige found it to be racist, sexist, and mocking. Later when James Franco stepped down (Dave Franco is still listed as a producer), indie auteur director Janicza Bravo stepped in and rewrote the script along with Tony Award-winning playwright Jeremy O. Harris (Slave Play). The change in tone and style are immediately telling, and the movie is better for it.

Instead of an exploitative film telling a larger-than-life story, Zola shows us a young woman who is trying to make the most of the hand she was dealt. She’s relatable, and her choices and, more importantly, the continued questioning of those choices make sense and cause you to root for her. Yes, she gets conned into a bad situation, but she fights to get out and she makes it easy to feel connected to her plight. Paige’s performance lends Zola a weary sort of optimism. She’s not quick to count her chickens before they’ve hatched — she’s been disappointed before and is instead content to go along with the ride and see what happens. She does know a sketchy situation, and Paige portrays Zola’s intuition with graceful accuracy. Whether it’s a slight wrinkle of brow or a silent pep talk as she stares into her own soul in a hotel mirror, she lets the audience know that she knows she’s in a bad situation. She just has to finesse her way out.

Keough presents Stefani in a surprisingly grounded performance despite the infantile Blaccent she dons from moment one. It’s part of the “that white girl” package wherein the line between appropriation and appreciation isn’t just blurred, it’s purposefully erased. Supporting performances by Nicolas Braun as Derek and Jason Mitchell as Dion are notable in portraying the normal eccentricities of Florida. Braun’s Derek is destined to always be in love at the wrong place and time, and Mitchell’s Dion is a hustler who overly takes advantage of every situation. Colman Domingo’s X deserves a special mention as the delightfully unhinged yet oddly sentimental pimp. He both exudes a negative energy that should repel anyone with common sense, but it’s followed with a chaser of charm that might keep someone hanging around for far longer than they should. Someone like Stefani.

The performances are all helmed in part by flawless direction from Bravo. Bravo, a former set designer and stylist, understands how to stage each scene to carry her and Harris’s vision from the page to the screen. The influence of icons such as Godard and Cassavetes are clear, but their homages are executed with a twist that is Black and urban and purely Janicza. She inhabits the scenery and creates a fresco wherein the music feels diegetic even when it’s not. There’s a rhythm to the film and an absolute authenticity of era. The music, the low-fi flip phones, Backpage, everything about the movie feels like a period drama and in a lot of ways it is.

Zola is a movie worth watching more than once and preferably in a theater where you can look at a like-minded stranger and motion Can you believe that?! in theater etiquette approved mime. Each viewing will reveal something new you won’t believe you missed the first time, and the humor, the horror, and the heart will have you wanting more.

Zola is now available in select theaters. As a treat, A24 has created a book with the original tweets.