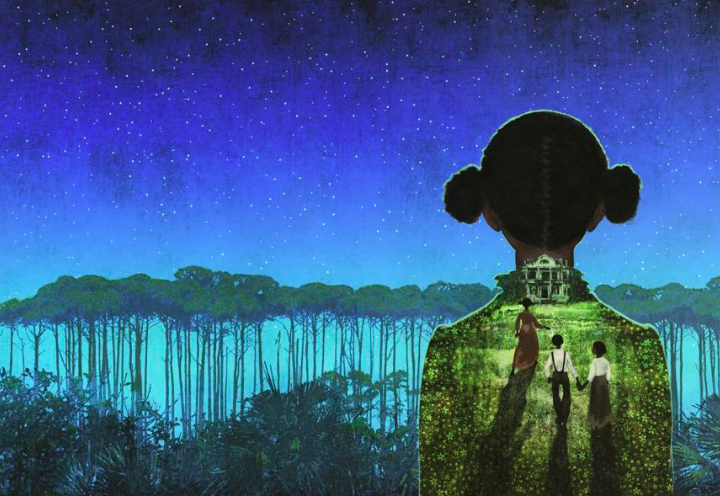 Zora & Me: The Cursed Ground is the second book in the middle-grade series, Zora & Me. Co-authored by T.R. Simon and Victoria Bond, the series features a fictionalized Zora Neale Hurston accompanied by her best friend, Carrie. After solving a murder in the first book, the twelve-year-old girls are together again, chasing Zora’s curiosity around Eatonville.

In The Cursed Ground, memory is a cultural phenomenon and a form of knowledge. It is not merely contained within an individual but shared within a community and passed between generations. As narrator Carrie explains in the prologue, “It wasn’t until that night…that Zora and I began to forge a real connection with the land, a connection that let us know ourselves through a past we hadn’t lived but was inside all of us.” 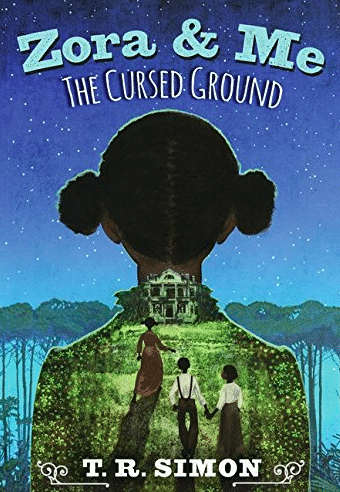 The night which Carrie is referring to begins with her and Zora waking up to the sound of horses running just outside of Zora’s bedroom window. They recognize the horses — they belong to Mr. Polk, the town mute — and recognize that something must be wrong for them to be running loose at night. They sneak out, only to discover Mr. Polk in his home, bleeding from a knife wound but still alive. When Old Lady Bronson, the town healer arrives, the girls witness something no one in Eatonville has: Mr. Polk starts speaking (in an indecipherable language) to Old Lady Bronson. They don’t know who stabbed Mr. Polk nor do they know what secret he and Old Lady Bronson are keeping but Zora is keen on figuring out.

The mysteries of that night are revealed as the novel alternates between the Westin plantation in 1855 and present-day Eatonville in 1903. The earlier story follows two young girls: Lucia who is Black and an orphan and her best friend, Prisca who is white enough for what happens next. With Prisca’s father, the girls move from their unnamed Caribbean homeland to Florida. Though they’ve been as close as sisters in their homeland, when they arrive at Westin, Lucia is enslaved by the family that Prisca’s father has married into. Neither girl is ready to accept Lucia’s status as a slave but as they attempt to return to the freedom they once knew, they leave ghosts to be resurrected decades later.

Just as the supernatural meets with Zora’s curiosity for this story, so too did it in Zora’s real life. In her memoir, Dust Tracks on a Road, Hurston recounts a transformative moment in her childhood: “I saw twelve scenes flash before me, each one held until I had seen it well in every detail, and then be replaced by another. … I knew that they were all true, a preview of things to come, and my soul writhed in agony and shrunk away. But I knew there was no shrinking. These things had to be.”

The path was revealed early for Zora to become the spirited and adventurous woman we would come to admire: an ethnographer who captured the last slave ship arriving in the U.S. and a novelist whose most popular book is an incomparable story of Black romance and female desire. 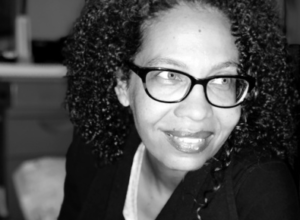 Author, T.R. Simon counts herself amongst those admirers. In an interview with African American Literature Book Club, Simon explains she began the Zora & Me series because she wanted to write something for her daughter. She wanted to write a book that would introduce younger audiences to Zora Neale Hurston. And though this book is for children, it doesn’t turn away from or attempt to gloss over US history. In learning about Zora’s fearlessness and adventurous spirit, readers also learn about the Eatonville, an independent Black town, through its glory and its vulnerability. In The Cursed Ground Eatonville is not immune from the violence of Jim Crow.

As an adult without children, I often wondered when reading this if the content was too heavy for young adults. It was a memory lapse on my part. In middle school, my peers and I often left the children’s section and went straight to adult books; we were searching for the Black characters and the Black history that was absent in our curriculum. That T. R. Simon and Victoria Bond are writing into this gap makes this book worthy of our attention. But more important, is how well Simon’s intention is executed. The characters are complex, and they have their own desires existing outside of their relationship to Zora.

The story is written with the kind of prose that fully immerses any reader, child or adult. Zora & Me is a salve in many ways; that it shows the power of communal knowledge and healing is reason enough to include it on your reading list.

BGN Children’s Book Review: ‘Riley Can Be Anything’