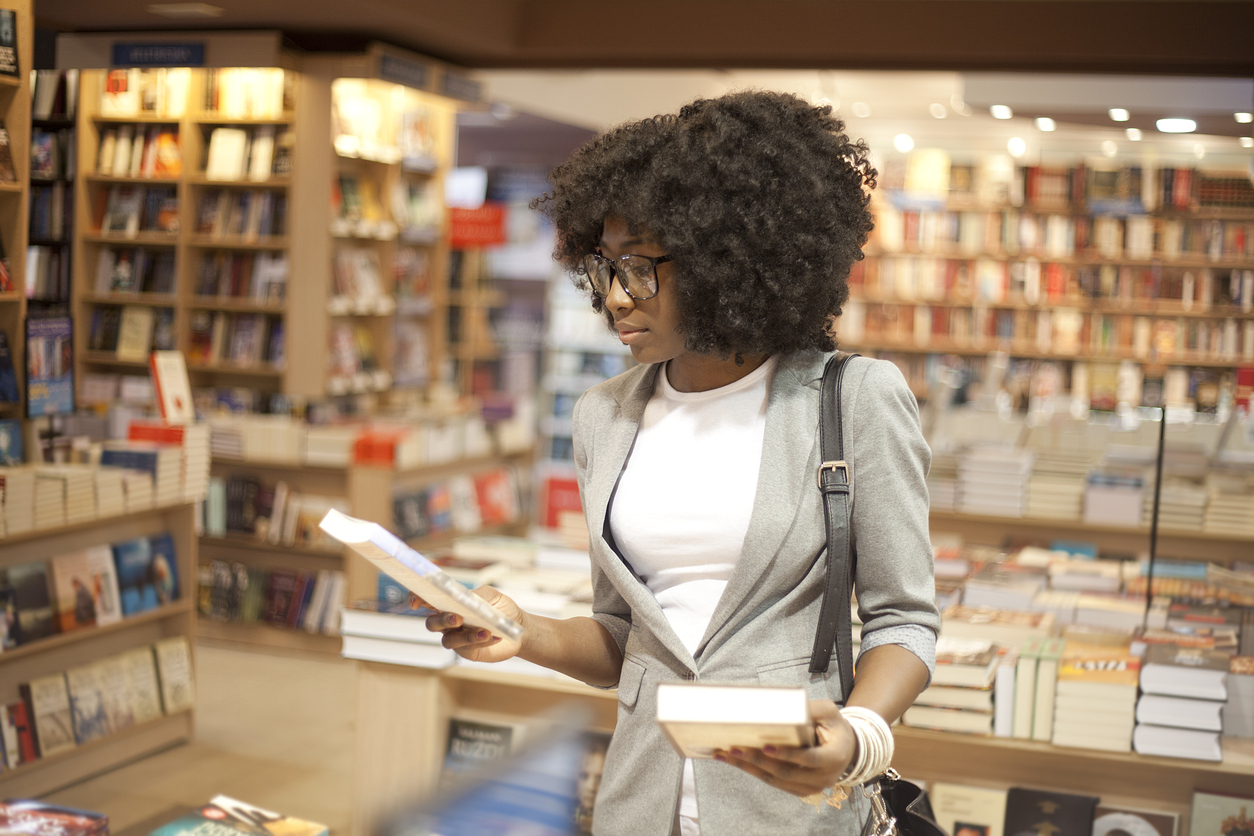 It’s Women’s History Month! What better way to celebrate than to read books by and about women who have shaped our history, lived lives we admired and learned from, pushed boundaries, affected change, and redefined roles. Here are my 10 must-read picks to check out this month.

In my opinion, Roxane Gay is one of the most insightful and essential women writers in the literary world. She has a way of writing funny and sharp, while always being spot-on at how the culture we consume becomes who we are. In this collection of essays, she highlights the intersections of race, gender, body politics, and the journey of her evolution as a Black woman. Her commentary on the state of feminism today is a call-to-action of all the ways we still need to do better.

Told through poetry and prose, the story of a Black girl’s journey through adolescence meets the era of Jim Crow and follows her through the Civil Rights Movement. But it’s also the story of Woodson coming into her own, learning the power of words, and overcoming a childhood struggle with reading.

We Should All Be Feminists by Chimamonda Ngozi Adichie

Based on an essay and Tedx by the same name, this book addresses the issue of feminism head-on. In 48 pages, Adichie explores everything from race and gender to sex and power dynamics. She offers a unique definition of feminism for the 21st century and why we all (men included) need to take heed. This book is perfect for those just starting to break down the definition of feminism and how it applies to their lives.

In 2018, our forever First Lady Michelle Obama gave us the gift of Becoming. It is deeply personal and relatable. Numerous times while reading, I found myself connecting with her thoughts and feelings about marriage, battles with infertility, and career. The book talks about her roots and how she found her voice, as well as her time in the White House and her role as a mother.

For so long, society has demanded women be small, nice, sexually open (but not too open), good mothers, good wives, and smart (but not too smart). The list goes on and on, but the one thing women are not supposed to be is shrill. I found this book after watching the Hulu series that stars Aidy Bryant from SNL. This memoir is about all the things women are and, more importantly, what we could be if we were free.

I believe the #MeToo movement really began in 1991 with the testimony of Anita Hill, who alleged that her former boss—and Supreme Court Justice nominee—Clarence Thomas, had sexually harassed her. The message in this book is crystal clear: to be a woman in a man’s world, you must get comfortable standing up for yourself and what you believe to be true. She recollects her childhood in Oklahoma, and you begin to understand how she was able to withstand the harsh scrutiny she endured during the hearings and for years afterward. You’ll also gain a new understanding of how the media rushes to judgment. I have always admired Anita Hill, and this book allowed me to gain an even greater respect for her.

My Own Words by Ruth Bader Ginsburg

RBG saw it all. She was truly an incredible woman and in this collection of essays on everything from her early career, being a woman, the law, and more, she shares her wisdom with us. Her impact on gender equality and women’s rights became evident when she passed away in September 2020, during a pivotal time in politics.

This book is somewhat of a sequel to Davis’ Women, Race, and Class. It examines issues important to women: racism, violence, health, children, education, and peace. A collection of speeches and writings that address political and social changes as they are concerned with the struggle for racial, sexual, and economic equality. If you’ve ever heard Angela Davis speak in person, you know that she holds your attention, and you’re hanging on to her every last word. This book is no different.

Educated: A Memoir by Tara Westover

I first learned about this book when it made its way to Oprah’s Book Club list. We all know that education is important. However, sometimes going to college gets overshadowed by entrepreneurship and other ventures. Westover recounts overcoming her survivalist Mormon family to go to college and emphasizes the importance of education in enlarging her world. It brings a different perspective to obtaining a college degree.

The Handmaid’s Tale by Margaret Atwood

I know what you’re thinking: Why would I recommend a book focused on a future of extreme patriarchy for Women’s History Month? I watch the series on Hulu too, but just hear me out! I believe the book is particularly important to read, especially in light of our current political climate. Women’s issues are at the forefront of our culture. This book prompts thoughtful conversation about where we have been and where we need to go. We can never go wrong with that.