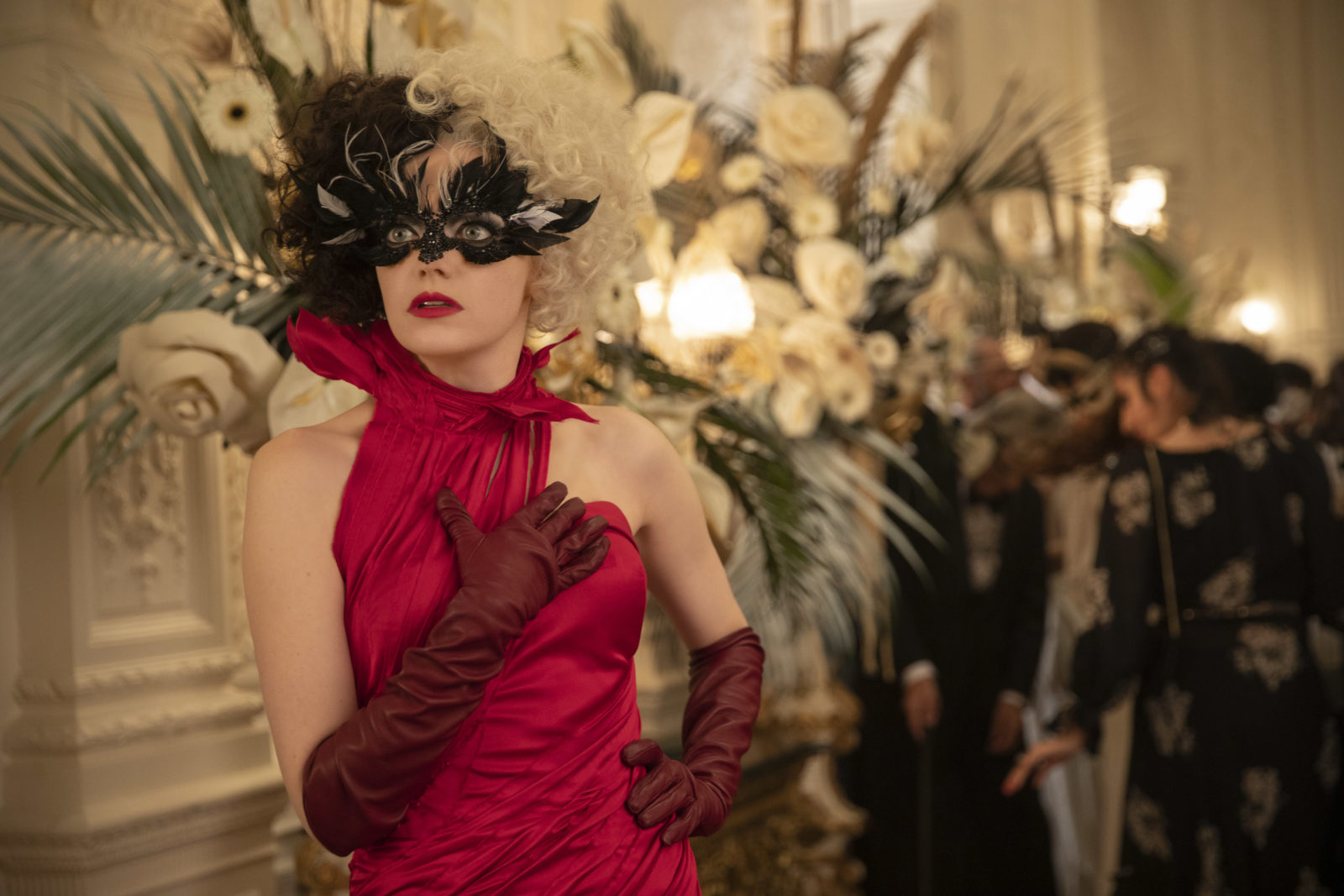 The film stars Emma Stone (The Help, Superbad) as Cruella and the legendary Emma Thompson (Sense and Sensibility, Love Actually) as the Baroness. Cruella is set in the 1970s London fashion scene and is deliciously dark for a Disney film. The setting of this film is an integral part of the story. In film, production designers work hand in hand with the film’s director and producers to literally create the physical world of the film. Every department connects with production in order to bring a story to life in cinema. BGN spoke with award-winning production designer Fiona Crombie (The Favourite) about the magnificent design of Cruella.

First of all I want to say the film looked incredible, just flawless. Tell me your favorite aspect of working on production design.

It was sort of, pretty much a gift. You get London in the ’70s. You get to do a fashion house, you get to do three balls, you get to crash a garbage truck into a police station. I mean, it was all on the page! And then you talk to [director] Craig Gillespie, and he’s just the most entertaining chatty, you know, really dynamic person, I was like, “Oh, you know this is a good way to spend eight months of my life!”

If you had to pick one part of it that would be one of your favorite parts, one or two (I’ll give you two), what would they be?

Oh it’s so tricky… but I loved making the lair, because I found that complicated, and I always like complicated things. You’ve got to really try to find something that’s grounded and authentic and true to who these characters are. Plus I had this really emotional feeling about that environment that these little kids came into, conquered, and made their home. They survived and thrived in that and I loved that, and creating that evolution into adulthood. And then of course, that evolution as she becomes Cruella and it starts to fracture. So that set was interesting because it had such a lovely journey. And I liked some of the other sets that were just like: Make the flowers bigger! Do giant cakes! All of that was hugely fun because we could get into the mindset of a ’70s party planner. If it’s a black and white ball, what’s the food? I remember doing tiny little lamb chops with little chef’s hats on the end, and silly ’70’s things like little sausages. We just got to go crazy with that stuff! All of that was really fun. But always for me the most interesting part is finding the story behind the space.

I loved the lair, too. It was my favorite. What was it like working on your first film for Disney?

You know, I didn’t have that fleeting moment of like, “Am I gonna do a good enough job? Am I getting fired, or something?” I was like, “This is really an honor to work on something at a studio that has the history of work and has created so many iconic characters.” Cruella is such an icon. Everybody knows who she is. And so, to be invited to be a part of her creation was not intimidating so much as it really gave me pause for a minute to go, okay. Then actually I just started working like I work on everything just the same process. I had great support. Craig’s amazing. I had a great team. So it just became very natural, very quickly. I found it very comfortable.

That’s great. Now, did you all shoot everything before the pandemic?

I know! It’s just funny to think, we were just all on the sets together crowded around monitors not a care in the world, not having any idea of how our workplace methodology would be so radically changed by what’s happened.

It’s a period piece in more than one way. As I watched I thought this had to have been shot before COVID.

Yeah, You’re absolutely right because you think of those crowd scenes…

Oh my goodness! And, I loved the ’70s Punk/David Bowie flavor to the film. What was your process to recreate to create Cruella’s world?

I always do loads of referencing research and find the things that I think speak to the story and speak to my impulses, and what Craig was talking about. One of the most important things was finding an artist called Thom Botwood [costume illustrator], who became the hand of Cruella. It was important to reflect that she is a great artist and that’s really hard to authentically portray. We had to find somebody that genuinely has a talent, a very particular unique aesthetic and drawing style. Once we had Thom on board, he did all the illustrations, all the writing, and he painted the department store window that Cruella dresses. That moment defines Cruella as she’s finding her visual voice. Cruella is part of that time in London but she’s actually her own singular voice. She has her own unique language that she’s putting out into the world. And, it’s really important in a film about fashion to create… fashion. It’s so intimidating!

I loved the design of the scene with the mannequins in the Baroness’s design shop. How much autonomy did you have in creating Cruella’s world?

It was really me bringing references and ideas to Craig and then developing it, just through drawings and the design and sampling. Then we did a lot of concept art, so it was very clear to everybody what we were going for. And then Jenny Beavin [costume design] bounced off that with the choices of colors, the way that the people were dressed and their hair. It all became very cohesive. Particularly for that scene, it was really based upon finding some really key references and saying, that kind of precision that the Baroness has, I want to put that into an environment.

Well it just goes to show when you put the right team together everything is possible. What about this project brought you the most joy?

It was the details. I love nothing more than the right scissors or… you know, I’m like a kid in a candy store with props. And the flowers! I get completely intoxicated by floral displays. So the fact that I got to do paper flowers and big flowers… all the flowers made me happy. That and the team…working with my people was great.

Disney’s Cruella (PG-13) opens in theaters May 28, 2021 with premier streaming access with a Disney+ subscription for an additional fee.