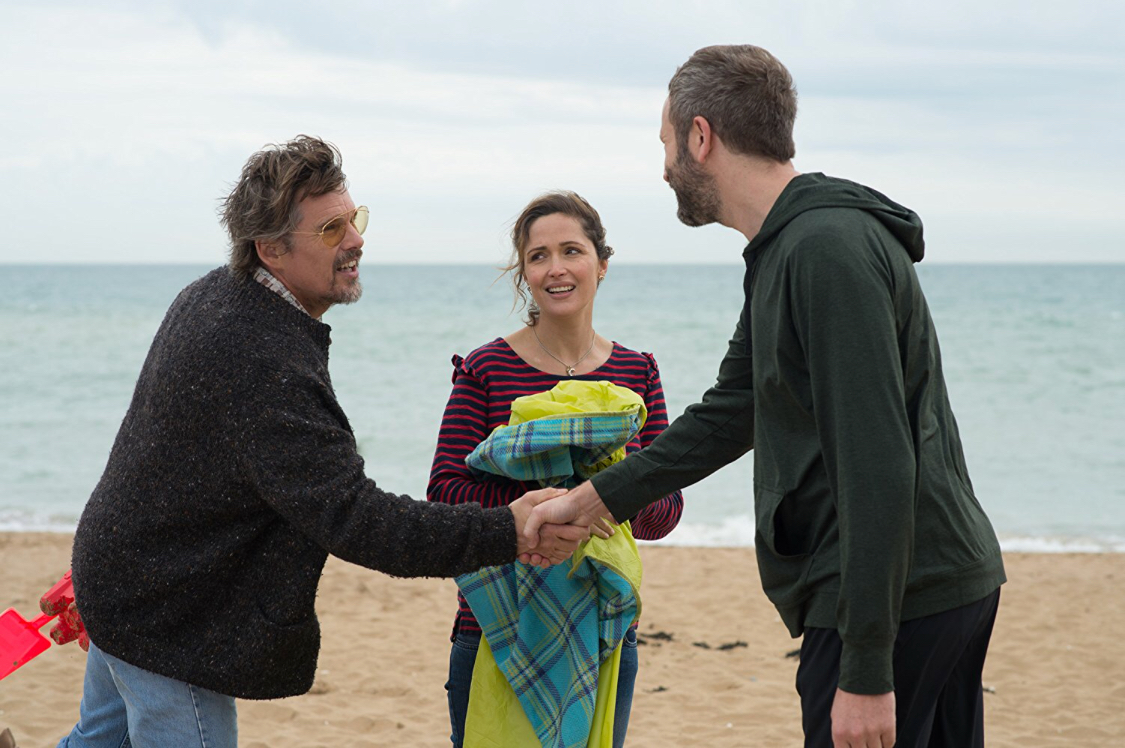 Juliet, Naked is a hilarious adaptation of Nick Hornsby’s book that centers on a quirky man’s obsession with one rockstar that hinders a romantic relationship.

Tucker Crowe (Ethan Hawke) is a rockstar who ghosted from the limelight decades ago for seemingly no reason. He creates a breakup album called “Juliet,” about a brief tryst he has with a woman named Julie. The album becomes his most popular release, and yet he still walks away all the same.

Duncan (Chris O’Dowd), a grown man who finds the Juliet record and becomes obsessed with it, leads a fan website dedicated to Tucker and spends hours idolizing and deconstructing his music. He’s also been in a 15-year-long relationship with Annie (Rose Byrne). When they first started dating, they had mutual interests but, over time, his commitment to Tucker became more important than his commitment to her.

Annie, whose parents died when she was fairly young, has always been responsible in her life, looking after her younger sister Ros (Lily Brazier). She stays with Duncan because he is safe, even though she wants a family and he firmly does not. Annie is trying to find the courage to live a life for herself, especially since she’s spent so much time doing the right thing, but not necessarily what her heart desires.

After opening a package for Duncan that contains the rough cut of Juliet called “Juliet, Naked,” Annie and Duncan immediately disagree on the impact of this new and secret material. To prove a point, Annie joins Duncan’s fan site and writes a scathing review. While Duncan is less than amused, Annie receives support from Tucker Crowe himself in the form of an email. So begins an email friendship between Annie and Tucker.

While Annie and Tucker begin a blossoming friendship rooted in transparency, her romantic relationship ends after Duncan has an affair with his colleague Gina. If Annie is truly being honest with herself, though, she’s been having an emotional affair with Tucker anyway.

Once Annie and Tucker meet, it’s clear that there is attraction sourced from their friendship. They do not try to change the other person but lean into what they liked from the beginning.

This film is lighthearted and definitely has something for everyone. Tucker, struggling with the fact that his past transgressions have caught up with him, is trying to find redemption as a father. Annie is trying to figure out how to fly solo and live life on her own terms. Tucker encourages her to walk in her freedom, and empowers her to live boldly when it comes to parenthood and her career, while Annie encourages Tucker to confront his past demons head-on and make amends.

Some of the funniest scenes come from Tucker’s interactions with his four kids and their three mothers. When he has an expected health scare, he is no longer able to deny that he needs to change his life, and that starts with righting a wrong with a fifth child that he left behind, the guilt of which caused him to leave music as well. I would be remiss if I didn’t note that Tucker’s kids also provide emotional highlights for me as well.

What the film lacked for me, in addition to a few pacing issues, was Duncan really taking ownership of his actions when it comes to Annie. Don’t get me wrong, Chris O’Dowd as Duncan is by far one of the best performances in the film. Duncan clearly lives in a bubble only filled with himself and Tucker. You never really feel like Duncan takes ownership of his mistakes during their longterm relationship. Between the two, Annie experiences the most growth. I would’ve liked to have seen Duncan become more self-aware, and not simply discover Annie’s value purely in the course of jealousy of her connection with Tucker. Either way, the film is truly entertaining, and the cast brilliantly brings these characters to life.