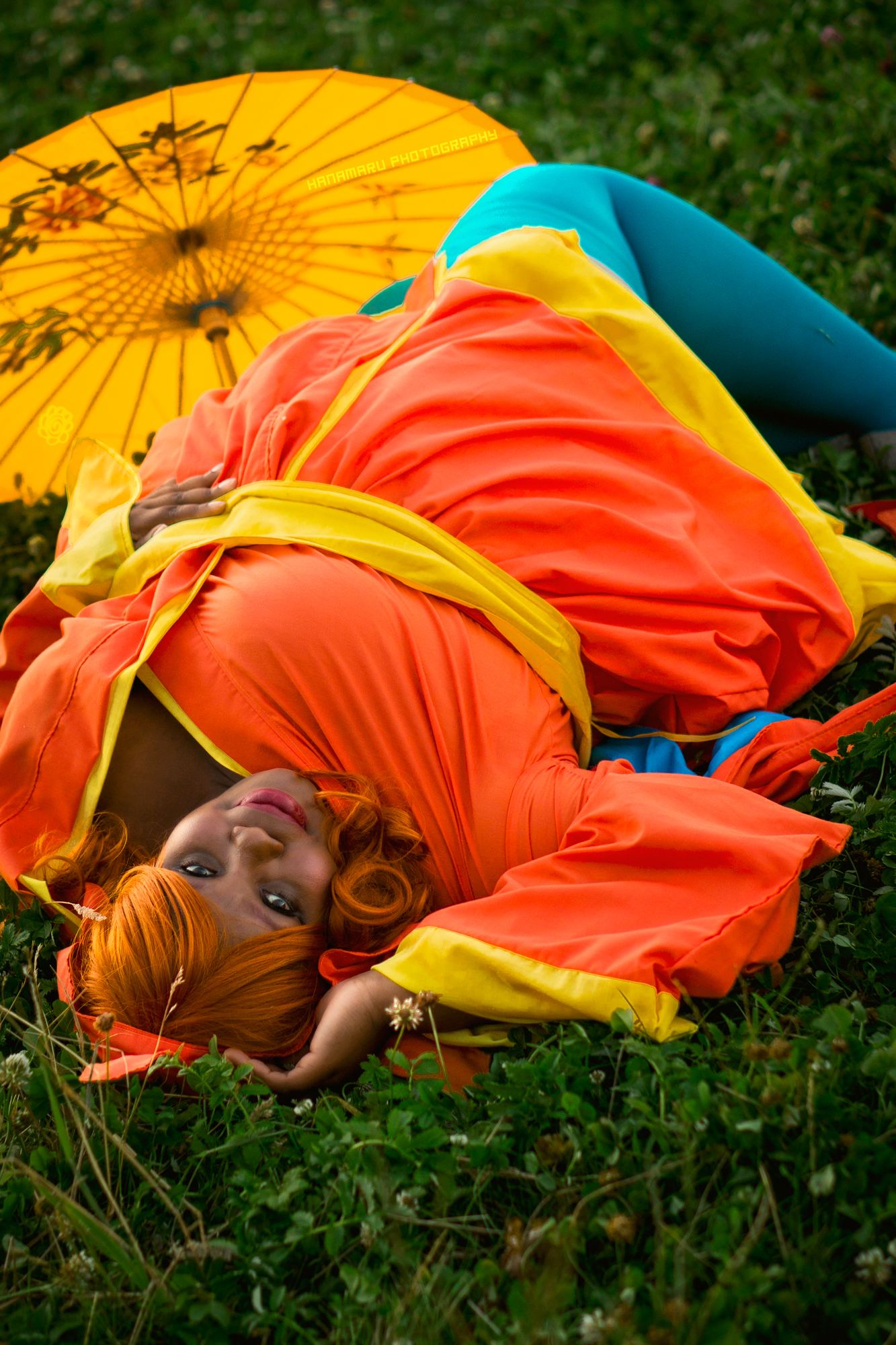 0 Shares
0
0
Tweet
Pin
Share
Reddit
Share
Share30
Email
30 Shares
Cosplay Name:
Oshare Cosplay
Home Town
Victoria, BC
Social Media Info:
Facebook – https://www.facebook.com/osharecosplay, Twitter – @msndonnarussell, instagram – @iamosharecosplay
How long have you been cosplaying?
I have been cosplaying for three years, but began to take it seriously last year
What was your first convention?
It was a very very long time ago, but I went to Anime Central in Chicago in 2005. 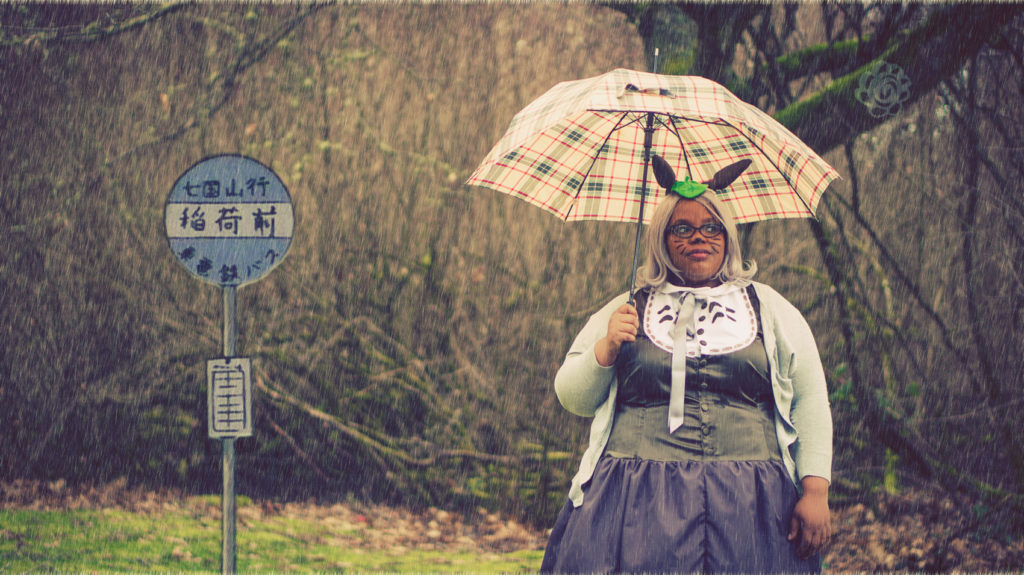 What was your first cosplay?
A Team Rocket Grunt.
Do you feel you have a cosplay expertise? If so what would it be? (i.e. props, sewing etc.)
Ah…not really. I suppose that I can figure out the aesthetics of a cosplay to make it look pleasing, and I’m getting much better at make-up artistry. But I hope to learn to craft more in the future.
What have been your least and most expensive cosplays?
My first Totoro Cosplay was quite cheap, as I used a lot of my own items. My most expensive cosplay is the one I am creating now – DnD Wizard Glaceon, based on a design by SunsetDragon. Because worbla, special boots, and fur are involved.
What is your favorite convention to attend?
Tsukino-Con in Victoria, BC – it’s a small little con that is accepting and fun! GeekGirlCon in Seattle is a great convention as well!
What is your dream convention to attend?
I would love to attend Sakuracon in Seattle one year!
What is your dream cosplay?
Probably something that involves a lot of crafting an armor. 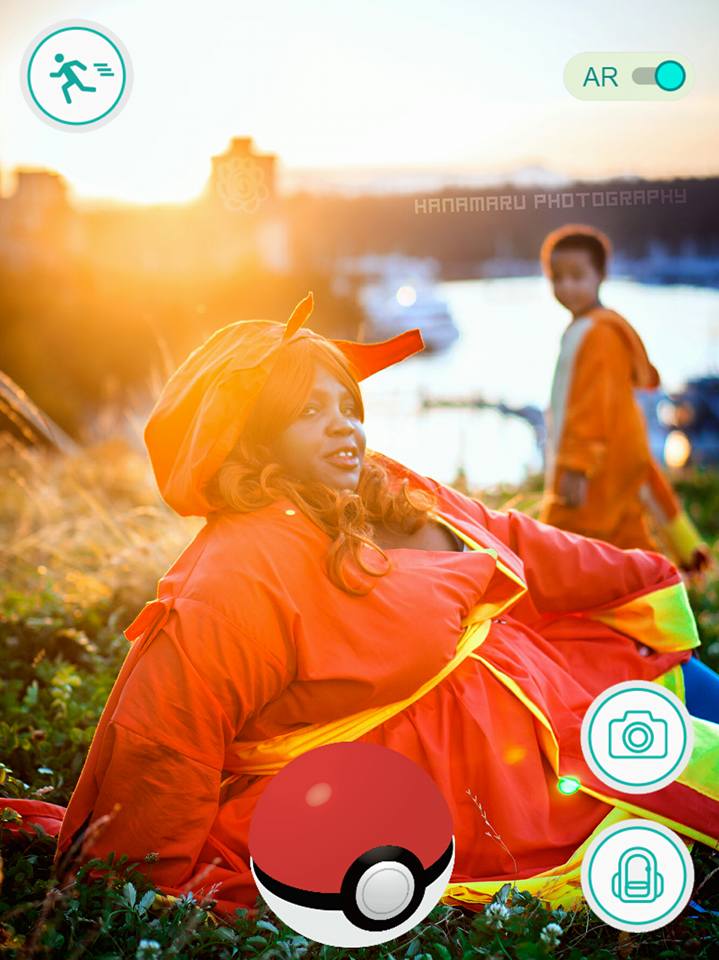 What do you hate about cosplay?
While my experiences in the cosplaying community have been mostly positive, I feel like the lack of empathy toward other’s experiences and backgrounds is a big problem. While we all strive for excellence, I feel like the quest for “accuracy” is a double-edged sword. Cosplay is a personal performance – your way of visually expression your love of a fandom. I feel like you can do that while keeping your “audience” in mind. Furthermore, because the performance is personal, each person brings their own uniqueness to it. There are many ways to perform, and to say otherwise is false. 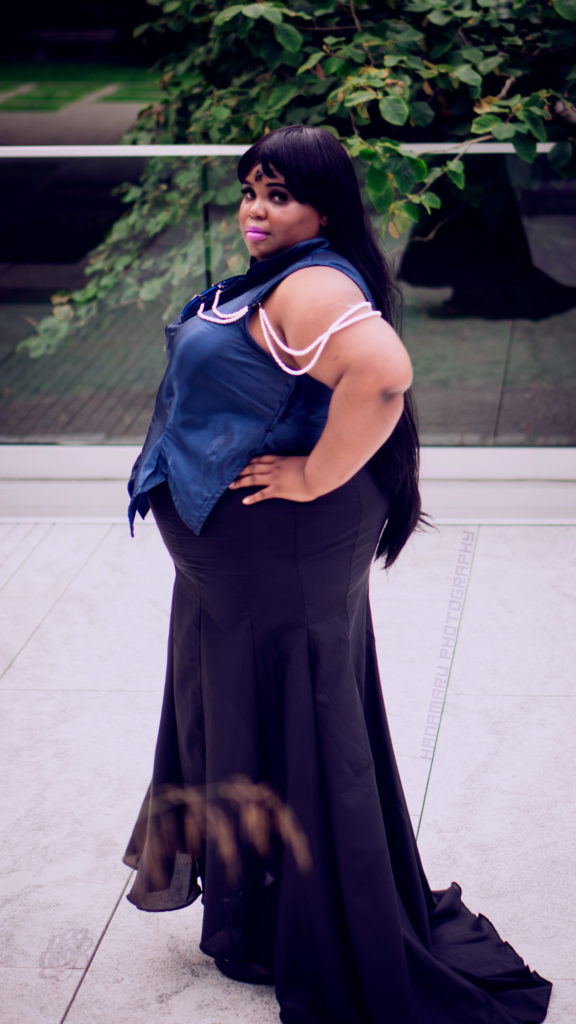 What do you love about cosplay?
I love that with every cosplay, I learn something more about myself. Before cosplay, I struggled with self-esteem and authenticity. I didn’t like myself and I thought it was unsafe to be myself. But with every cosplay, I’ve seen sides of myself that I never thought I’d see and thus, I’ve embraced myself even more. I also love how inclusive it is to families. My son cosplays with me and he enjoys it as much as I do. We’ve had so many fun times together because of cosplaying!
Tell us something cool!
I am also a magical girl researcher! My master’s thesis is devoted to themes of empowerment in the Magical Girl Narrative!
All of the photos were taken by Hanamaru Photography (https://www.facebook.com/cosplayingphotographer).
​
ALSO READ
Why National Black Women's Equal Pay Day Is Important