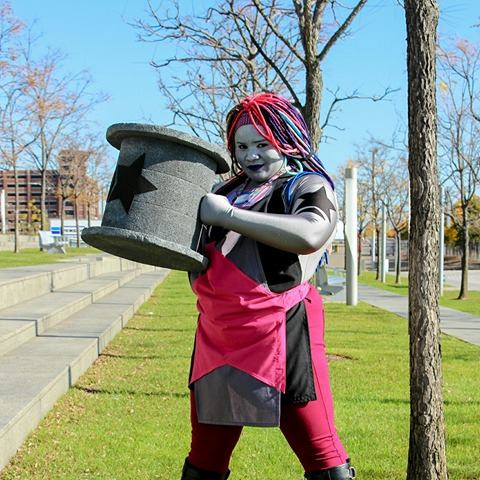 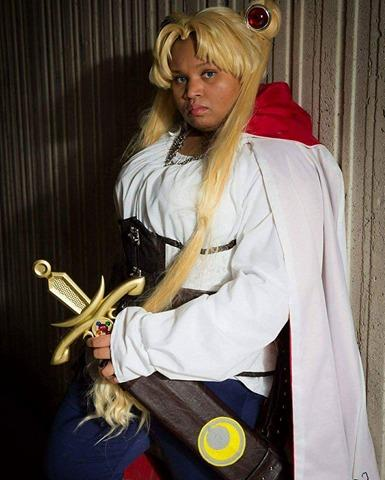 First time I cosplayed I brought four costumes that I made with me; Lydia from Beetlejuice, “Theater” Katara of the Amber Island Players (Avatar the Last Airbender), Sailor Pluto, and my own otaku senshi Sailor Taurus.

I wouldn’t necessarily say that I have an expertise. I’m still learning as I go. But I will say my sewing has improved tremendously over time from the first cosplay to now. 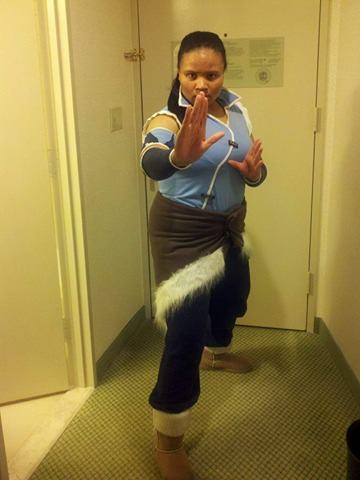 My least expensive would have to be my Korra costume. I bought a t-shirt from JoAnn ($6), unstitched the sleeves and made the sleeves the collar around the neck. The pants were men’s sweatpants ($8-10), and knock off furry boats ($20). I received lots of praise for that costume, and the funny thing about that costume is that I only had a picture of Korra’s back to work with at the time. The most expensive is a crossover costume I created for Youmacon 15, Assassin’s Creed Sailor Moon. I made the blouse and the cape myself, but the accessories made it expensive. Possibly a couple of grand. However my most interesting costume, I’d have to say is my Avatar Aang costume. I spent several conventions attempting to perfect it. And when I had my good days for that costume, people loved it even with my brown skin. But I wouldn’t trade or sell either costume for anything.

My home town con, Youmacon, for sure. However, I did enjoy Anime Expo, Colossalcon, and Anime Central a lot. 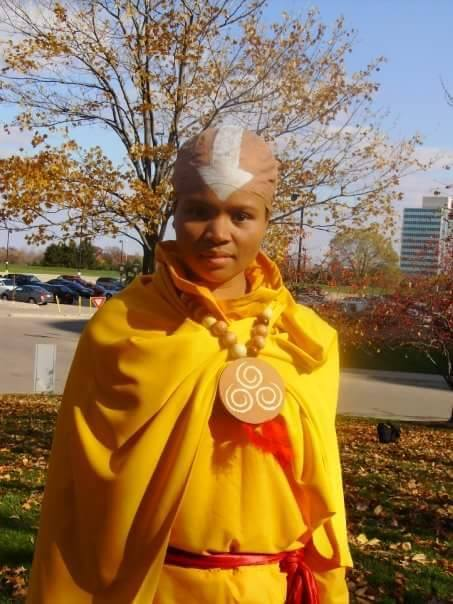 My dream cosplay for myself is Panty from Panty and Stocking with Garterbelt. She’s just badass and super lewd, and I love it. But I have a dream group cosplay, and that’s The Muses from Disney’s Hercules and The Recess Gang or The Weekenders.

The constant trolls that find it necessary to disrespect another person’s hard work and creativity in their cosplay. Just appreciate it for what it is. There may be some hiccups, but as cosplayers, we learn. I still haven’t perfected my bald cap technique for Avatar Aang, but I will eventually. I’m not going to obsess and belittle myself for my hiccups and neither should anyone else. If a person wants to give constructive criticism, then do so. But don’t be a dick about it.

Oh, another thing…The not wearing deodorant thing is old. There are ways to get antiperspirant on without damaging the costume. 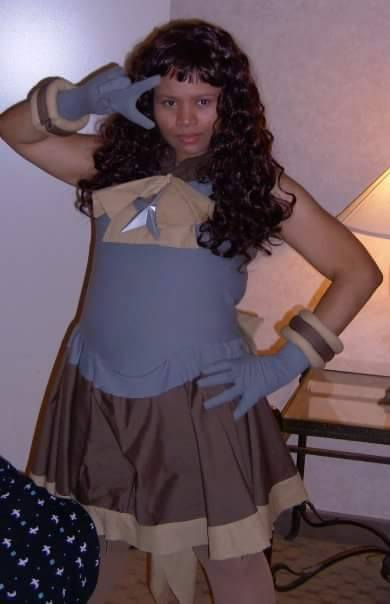 The simple fact of dressing up and being someone other than yourself. I enjoy wearing my creations and interpretations. And I love seeing other people’s designs and imagination, especially if I see someone with same costume as mine. They will have something completely different than mine and I would be undoubtedly curious as to what they did.

I am an aspiring actress. I perform with local theater and I hopefully will see the stage one day as a permanent home. 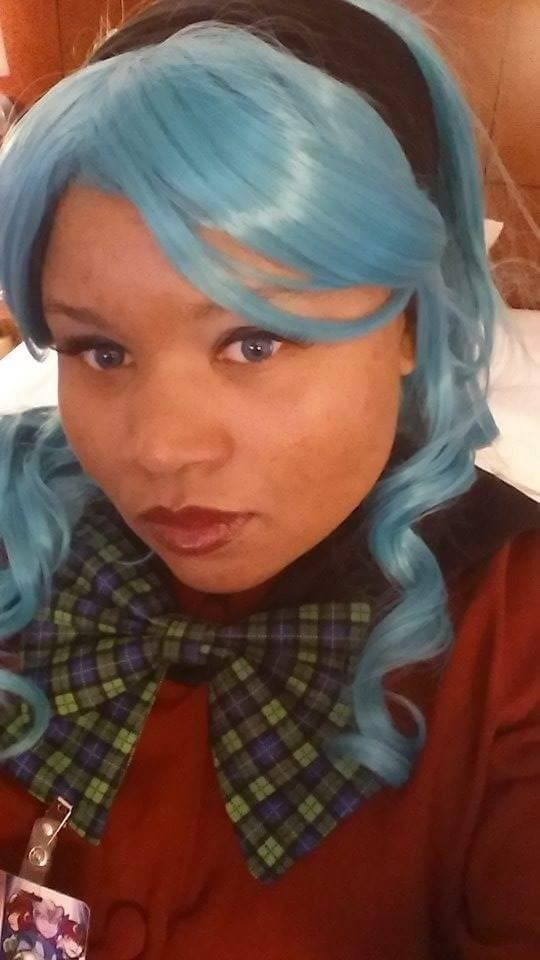