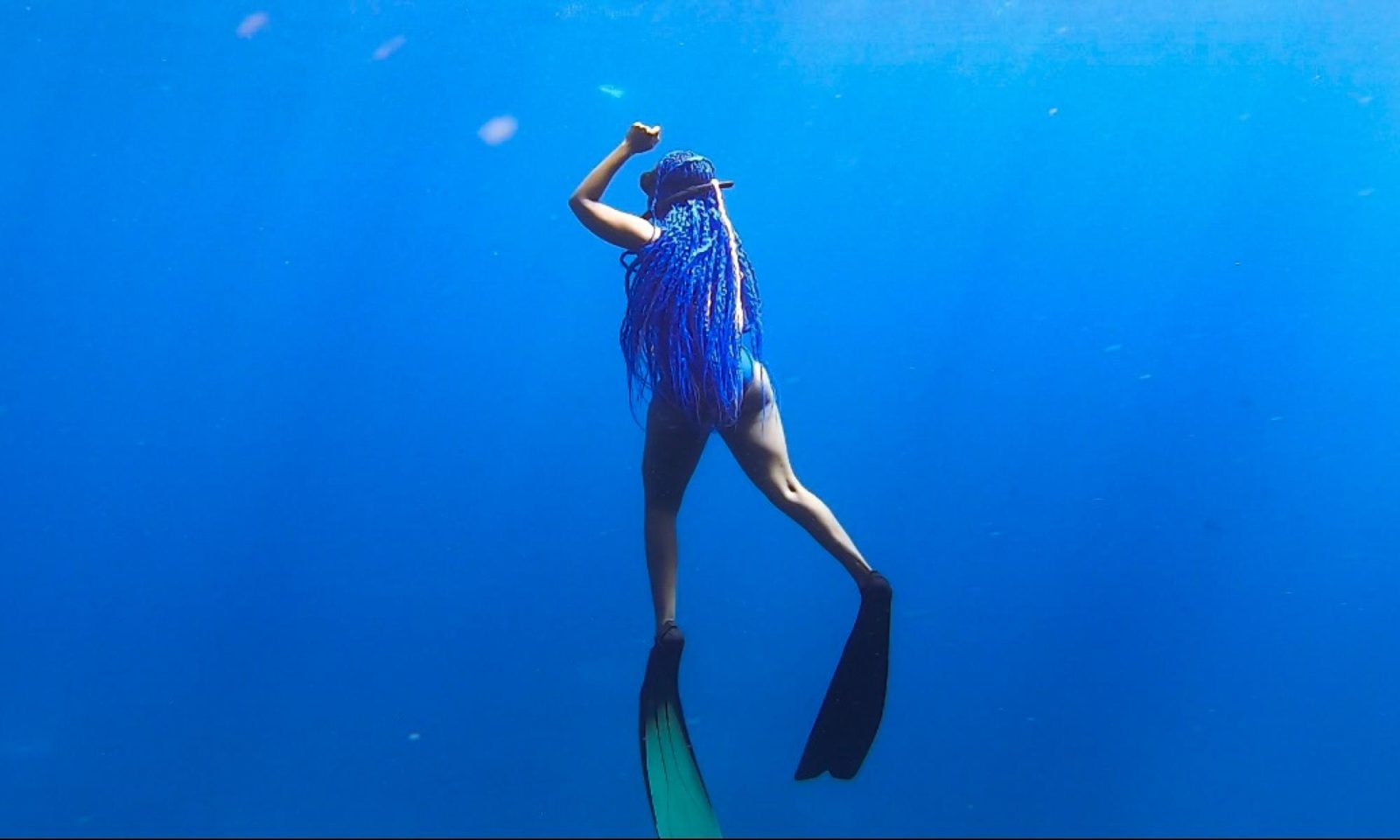 Who would have thought that something so simple as a Black women swimming could be a revolutionary symbol for freedom?

Historically there have been countless barriers for women around the accessibility of water, from the generational trauma of the Trans-Atlantic slave trade to the segregation of pools in the United States. It wasn’t until 1949 that public pools were desegregated.

Although the law had changed, the hatred did not. Many Black people were intimidated, bullied, and sometimes violently kept out of swimming pools where white people swam. These racists restrictions often led to around 70% of African American children not learning how to properly swim, according to a study sponsored by USA Swimming. And let’s not forget the horrific fact that because of this high percentage, there is also a higher drowning rate among the Black community.

If fear of drowning isn’t enough to keep Black people out of the water, another overlooked barrier is hair. Because of societal norms, Black women are often expected to straighten their hair to work in more corporate settings. However, the chemicals used to make a Black woman’s beautiful curly, coily, or straight hair mixed with chlorine in most swimming pools can lead to hair breakage. Thus, many Black women would rather not take this risk.

All of these impediments have robbed Black women of having a joyful experience in the water. Yet despite this, there are still women who are doing extraordinary things in pools and oceans across the world: Gigi Lucas, Zandile Ndhlovu, Simone Manuel, and Dr. Ayana Elizabeth Johnson to name a few. These women have made it their passion and profession to dominate in the field of water sports and water science. Here is a little more about them, what makes them so inspiring, and what every Black girl can learn from them.

When most people think of a surfer, an image of a blonde-haired, blue-eyed, tan, white male probably comes to mind. However, Black female surfers do exist, and Gigi Lucas is a leading example.

Lucas grew up by the ocean in Florida but didn’t start surfing until her late 30s. Although she grew up seeing and admiring the people riding waves and taking to the ocean, she told Surfer.com that she grew up never seeing anyone who looked like her surfing. After taking her first surf lesson in Costa Rica, she said bye to her corporate life and moved to Central America.

After several years abroad and still not seeing many other darker-skinned female surfers, she decided a change was needed. To empower the next generation of surfers, Lucas created SurfearNegra. This program helps send Black and Brown girls to surf camps in their communities. SurfearNegra has around 74 partnerships within 24 states, making surf sustainable and accessible for hundreds of girls. Lucas shows us that it’s never too late to grab a surfboard and try something new, along with just how important representation is.

Zandile Ndhlovu, became the first Black female freediving instructor in South Africa even though she spent years in fear of the water. Things changed for her in 2016 during a snorkeling trip. Her introduction to the ocean was filled with panic and the fear of drowning. But after a few fearful moments under the water, she relaxed and shifted her focus from worry to admiring the incredible world under the water.

Channeling her perseverance, Ndhlovu became certified in both scuba diving and free diving. Throughout her dives, she repeatedly saw the lack of Black bodies exploring the deep blue. Thus, the Black Mermaid was created. The Black Mermaid introduces individuals to the water through scuba diving and free diving lessons. It uses the exploration of the ocean to help people overcome their fears, doubts, and challenges and ultimately helps them achieve their goals. Ndhlovu, who nicknamed herself the Black Mermaid, teaches us to not let generational trauma keep us from exploring and chasing our wonder. With every dive, she reminds us that sometimes the best way to overcome your fear is to face it.

Gold medalist Simone Manuel is not only setting records but creating a new image for Black swimmers. In the 2016 Olympics in Rio, Manuel showed the world what she and other women are capable of by winning two gold medals, in the 100-meter freestyle and the 4×100-meter medley. In the 2020 Tokyo Summer Olympics, she brought home the bronze medal.

From an early age, Manuel seemed to be born for the water. During her high school years, she broke the American record for the 100-yard freestyle and continued her career as an NCAA-All American for the Stanford Cardinals. Manuel is the embodiment of hard work and dedication paying off.

While there are women dominating in the field of water sports, there are other women like Ayana Elizabeth Johnson PhD who are making waves in a different way. Dr. Johnson is a marine biologist using her voice and knowledge to defend and protect our oceans.

She first fell in love with the ocean while learning how to swim in the Florida Keys. Spending a majority of her childhood swimming and admiring coral reefs, she slowly realized that the world she admired was dying due to climate change.

As a working professional, she is an advocate for cleaner ocean waters, and she brings awareness to how climate change has a greater impact on communities where people of color live. Her work includes being a co-founder of Urban Ocean Lab. This think tank works with coastal cities to create practical yet creative climate and ocean policies. Dr. Johnson reminds us that great change is accomplished through community collaboration.

Through surf, free diving, Olympic swimming, and marine biology, these women are inspiring the next generation to heal from their generational wounds, overcome their fears, smash the stereotypes, and take to the water. Every time these women step foot in the ocean, in a swimming pool, or on a national stage, they are pushing the narrative forward. They are showing the world not only what Black women are capable of, but that Black women deserve to be in whichever space they choose.