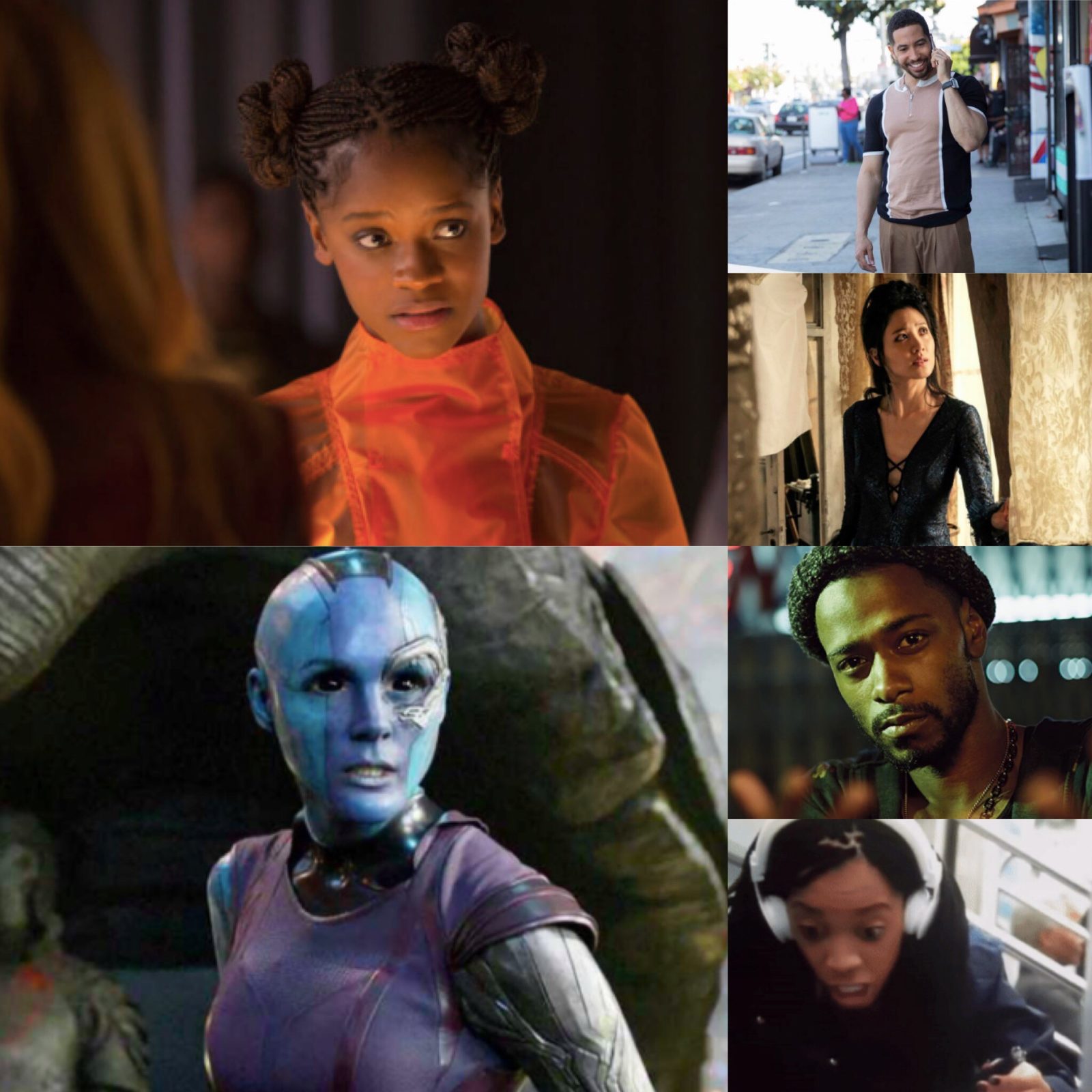 One of the best parts about watching a great film or TV series is becoming close to characters who are so well-written that you want more. I love the experience of realizing that a secondary character has so much depth that I begin to focus on them over the leads. Maybe it’s because I always root for the underdog, but for me, those characters are what bring stories to life. They provide nuance that allows them to more accurately depict the real world.

Here’s a list of my favorite sidekicks of 2018 and why I would high key watch a movie or episode focused solely on their development. It is also important to highlight that these characters were chosen not because they would make for a marketable sequel, which often happens in Hollywood. These characters already offer stories substantial enough to carry their own production. Let’s hope they happen in 2019!

A huge part of the reason Black Panther did so well (among many) is the blatant celebration of #BlackGirlMagic throughout. T’Challa’s younger sister and princess of Wakanda, Shuri (Letitia Wright) is also the head of the Wakandan Design Group and a certified genius smarter than Tony Stark himself. Responsible for the technology behind the infamous Panther Habits, Shuri is instrumental to Wakanda’s innovation as a country.

One of the things I love most about her is that despite being an actual princess, she embraces her intellect and is unapologetic in everything she does. She even took Bruce Banner to task and she’s super sassy, so we stan. Although I’m looking forward to finding out her fate in Avengers: Endgame in 2019, she deserves a sequel or prequel all to her own.

First of all, Nagini’s character in the latest Fantastic Beasts installment was problematic AF. Instead of getting an in-depth backstory about her origins and how she became a maledictus in the first place, we got a brief, sexist synopsis from her literal captor, Skender. In fact, most of her characterization was both sexist and racist, playing on stereotypes and patchy information.

Notably, J.K. Rowling emphasized that Nagini’s name comes from the Naga mythical creatures of Indonesia, despite the fact that the mythology actually originated in India. Nagini is Indonesian in the film and is played by Claudia Kim, a South Korean actress. There’s just a lot going on.

Because Nagini is one of the only characters to appear in both the Fantastic Beasts films and the Harry Potter films, it isn’t unreasonable to want a sufficient backstory for her. Instead, she took a backseat to Credence Dumbledore’s (still confused about that one) issues and provided emotional support him. What about her support? She’ll clearly need it before falling into the clutches of none other than Lord Voldemort. It would be nice to learn more about how that happened considering she so vehemently opposes Grindelwald as a young woman. Is her later connection to Voldemort pure enslavement? Or does it suggest that in full snake mode, she loses her sense of self? Unclear.

I think the only way this all could be explained is if she were given her own film to flesh out her origins the right way. Or maybe if we get a Fantastic Beasts prequel focusing on her and other characters neglected development (i.e. Leta Lestrange – but that’s a separate issue).

However, I personally didn’t expect such a great dynamic between Nine Ball and her younger sister Veronica (Nathanya Alexander), who helps the main squad remove Daphne Kluger (Anne Hathaway)’s necklace with a tricky magnet, allowing them to move forward with the heist.

Veronica, although clearly just as ridiculously smart as her older sister, also provided some comic relief as a regular teenager. Their interactions added complexity to Nine Ball, and a story focused on them would be entertaining, to say the least. I’m pretty sure anyone with a sibling could relate when Veronica asked her sister to make her a fake I.D. That’s what siblings are for, right?

Speaking of siblings, it was amazing to get more of Gamora (Zoe Saldana)’s sister Nebula (Karen Gillan) in Avengers: Infinity War. James Gunn provided more background on their relationship in Guardians of the Galaxy: Vol. 2, but the flashbacks in Infinity War were next-level. 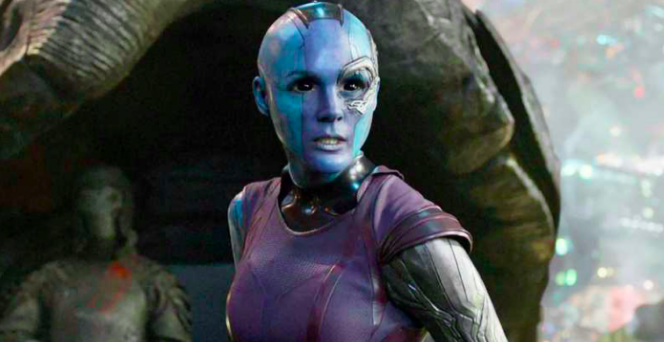 Nebula has become a complex enough character to warrant her own prequel – it would be fascinating to look at the Guardians films and the events leading up to them from her perspective. Her story is tragic, having been betrayed by the father who she believed loved her. She spent most of her life hating her sister because of him. Their complicated relationship makes her an underdog character because she sees herself as less worthy than Gamora due to losing to her in combat and becoming mechanically enhanced at Thanos’ request as a result. To “fix” her.

I couldn’t complete this list without some of my favorite icons of Black TV. In my opinion, Darius (Lakeith Stanfield) is the funniest character on Atlanta. A quiet man, he has some of the best one-liners I’ve heard in a while and often offers random bits of weed-induced wisdom that sound surprising coming from a guy who otherwise rarely speaks.

Humor aside, Darius is probably the best example of the show’s surrealism, as demonstrated by the situations he finds himself in. My favorite moment from the first season was seeing Darius escorted out of a gun range by rednecks for shooting at a poster of a dog. When confronted, he simply asked, “Why would I shoot a human target?”

In season two, Darius kept his momentum, with one of his shining moments being his attempts to reassure an unstable Teddy Perkins while being held at gunpoint:

“But your dad should have said sorry. I’m sorry. Shit. I went through daddy shit myself. But when you’re young, you try to just… make it be okay and say everything’s gonna be fine. And that’s just, you don’t know the difference, but… that doesn’t give you an excuse to grow up and repeat the same shit over and over. It’s like there’s a, there’s a “what if” factor. What if you would’ve been great at something else?”

Chad Kerr (Neil Brown Jr.) from Insecure is one of those characters that’s hilarious simply because the actor playing him is hilarious. I’m shocked it’s his first comedic role. Chad could easily be a flat character representing simple comic relief. Instead, he’s a constant source of humor and irony that leaves me wishing he had more screen time.

Otherwise known as my problematic fave, Chad is a serial playboy. This dynamic is even better given the fact that he has a classic douchebag white boy name. And it works, and it’s hilarious, so Black Twitter naturally loves him (or loves to hate him). One of his funniest moments in season three was his “perspective” on why his fiancé left him at the altar:

Chad: “I was gonna be a dope-ass husband, too, but you know, Leah was all over the place. That’s why I had to cut her ass loose.”

Lawrence: “Chad, she broke up with you.”

Lawrence: “Nigga, you cheated on her.”

Chad: “I apologized. She can take a nigga back.”

Derek: “Didn’t you do the same thing that Issa did?”

This exchange is especially funny because these words are humorous coming from Chad so nonchalantly, but he’s expressing an attitude that a lot of people actually have. Which is wild.

Anyway, can we just appreciate this parallel between seasons two and three? #sipstea