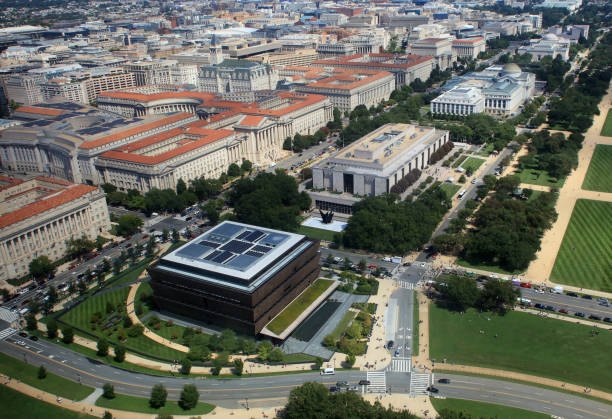 How do you celebrate Black History Month? Is it through an Instagram post sharing a fact about a civil rights activist? Do you hold celebrations or discussions with your friends, family members, and co-workers? Or do you take time to reflect on the past achievements of those who paved the way for a better future?

There are endless ways to celebrate this important month, including by traveling. Across the United States, a country built from the blood, sweat, and tears of Black people, there are remnants of Black history. Like seashells scattered across the sand, the influence of Black people is everywhere. Go beyond the textbook and internet search, and visit these 7 places that bring Black history to life.

Most people know how the southern states, such as Alabama, Georgia, and the Carolinas have played a role in the civil rights movement. Yet there were 17 states where critical civil rights events took place. The Civil Rights Trail is a mapped-out route within different states that allows you to explore the history of the civil rights movement. Included on the map are states like Kansas, Delaware, Tennessee, Florida, Louisiana, and many more. On the Civil Rights Trail website, you will find a list of featured states where you can plan your visit according to the experience you are seeking.

During the time of slavery, Niagara Falls was one of the last stops when crossing the border into Canada to begin a free life. What was formally the U.S. Custom House in 1863 is now an exploratory museum. On display is the permanent exhibit “One More River to Cross.” With this exhibit, visitors learn stories of the braves souls who crossed through the Underground Railroad. While up north, you can also visit the home of the legendary Harriet Tubman, which rests in the Finger Lakes regions of Auburn, New York.

This museum is the mecca of African American culture. Located in Detroit, Michigan, it includes over 35,000 African American artifacts. Some of their long-term exhibits include “And Still We Rise,” an exhibit that conveys the story of ancient civilizations in Africa. It shares a focused view of the horrible transition from Africa into the slave trade, highlighting those who resisted and those who later found their freedom in the Underground Railroad. There is also the exhibit “Detroit Performs” — a celebration of theater, dance, and musical performers who started their careers in Motor City. Photos of these groundbreaking performers are on display, giving tribute to those who contributed to social change.

On the Louisiana sugarcane, indigo, and rice plantations that ran in the late 1700s, many enslaved African Americans lived in heinous conditions. Those who suffered on the plantation have not been forgotten, and the land now serves a larger purpose. Whitney Plantation Museum is the only museum in Louisiana with a special focus on the lives of 100,000+ enslaved people. During your visit, you can take a self-guided tour with the aid of the Whitney Plantation app. On the tour, you’ll see memorials honoring the previous slaves along with original slave cabins and the owner’s house, constructed in 1790. The two permanent exhibits are “Slavery in Louisiana” and “The History of the Trans-Atlantic Slave Trade.”

Throughout Maryland’s 400-year history, African Americans have made contributions to the state. The Reginald F. Lewis Museum honors their struggles and accomplishments. The museums online portfolio shares artifacts from as far back as 1784 to the current day marking the lives of African American Marylanders. This collection came together through donations from community members and the museum.

There are three must-see sites that educate and inspire visitors in Hampton, Virginia. These include the Fort Monroe Visitor and Education Center, Casemate Museum, and the First African Marker. The Fort Monroe Center shares stories that are over 242 years old, dating back to 1619 and the beginning of slavery in America. The Casemate Museum lies within the stone walls of Fort Monroe, which is nicknamed “Freedom’s Fortress.” This was where thousands of slaves were granted sanctuary. Lastly, you can pay your respects at the site where the first enslaved Africans were brought to the United States at Port Comfort, Virginia.

American history is Black History, and we celebrate this fact throughout February. Yet, it’s important to remember that there are opportunities to celebrate all year long. How will you choose to celebrate African American contributions?