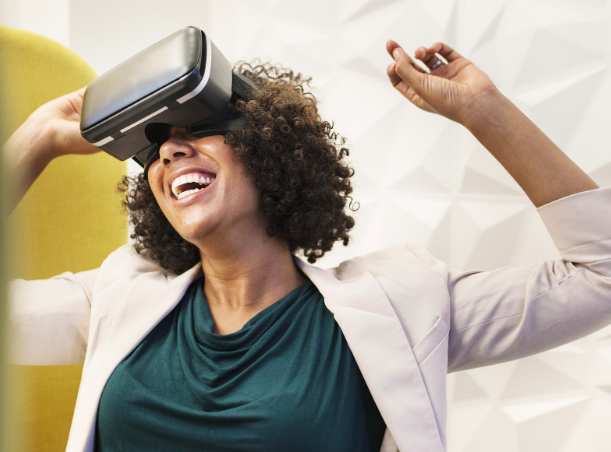 White gamers have dominated the YouTube and Twitch scene for a while now, but there are many Black creators and gamers that deserve to be noticed.

So few Black gamers are talked about in the media, in the press, or are given any recognition in the space as a whole. We’re here to change that. Here are some Black gamers you should definitely check out.

Matthews is a game developer and founder of Revelation Interactive Game Development. He’s worked on multiple games and for various studios, and he’s no doubt a pioneer in the industry. He’s also spoken at high profile game conferences, including Game Con, Game Developers Conference, and Urban Tech Weekend. He’s also a game design teacher at House Community College, and on the advisory committee at the Institute of Game Arts and Design in Houston. He’s also worked on some mobile and casino games, which can be found at Casumo casino.

Glitchxcity is a Twitch live streamer and gamer that streams weekly. She plays games like Overwatch and Pokemon, but she’s also a talented remixer of music. She’s incredibly charismatic, funny, and knows a thing or two about first-person shooters. Check her out live sometime on Twitch, and say hi in her chat.

A software engineer and senior project manager of Electronic Arts, she has worked on multiple games including NBA, MLB and other sports-related franchises. If being a senior project manager for one of the largest gaming publishers in the world isn’t cool, she’s also started multiple companies, including a tech start-up. She often travels the country doing public speaking, and sometimes teaches others about game design and software engineering.

If you like retro games, you should check out Rabbit Plays Games. She is a lover of RPGs, mostly on the SNES or DS, and has played games like Whomp ‘Em and Ghost house. She frequently plays on her Twitch channel, and she encourages interaction between her and her fans. Most of her gameplays are games she’s already played, but some of them are blind. Check her out.

A game designer extraordinaire, Derek Manns is also the founder of Sungura games and an associate professor. He mostly specializes in mobile games and has even worked on super popular franchises Brothers in Arms and Aliens as a level designer. He is also active in trying to get more people of colour in the gaming industry and talks at multiple conferences about it.

Another Twitch gamer and a frequent uploader, Mika needs to be spoken about mostly because of her streams the focus around mental health issues, and issues surrounding abuse. She plays video games as she does this, with a lot of her streams bringing knowledgeable guests that talk about these issues, as well. She provides a welcoming space for people of colour, and LGBT+ and encourages them to interact with her and her chat. Her favourite game includes Undertale.

A director and game designer, she has been a senior experience developer and designer at Microsoft and is mostly credited for working on the Kinect and Kinect related games and projects. She is currently developing and working on the HoloLents and VR (the future of gaming) and developing games for both systems. Watch out for her; she’s going to be an even bigger name than she already is!

Montogomery used to be a tester at Sega, but has since become a lead game designer at Limbic and found WeAreGameDevs.com. Check this website out, as they’re a platform that supports diversity in gaming, and the gaming industry as a whole. Montgomery went viral after he modded a Black Barbie doll for his wife (Lisette Titre-Mongomery, another game designer) because there were no brown skin options for their game developer doll.

Black Game Creators: Changing the Gaming Scene for the Better