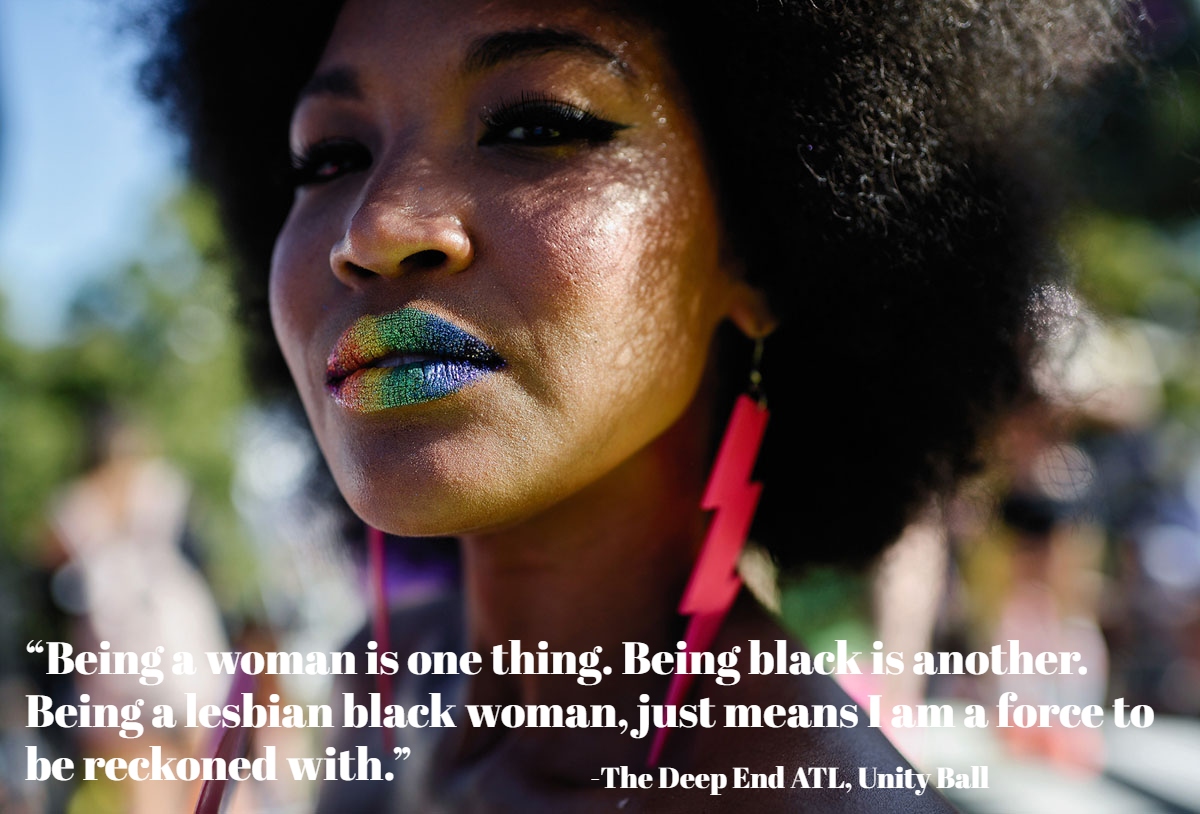 In the words of Nina Simone, “Its a new Dawn/Its a New Day/Its a new Life/For me/ And I’m feelin’ Good.”

We’ve come a long way from the Stonewall riots of 1969. So far, that the same Greenwich village of Manhattan NYC now houses the world’s largest Pride march to date. This year’s NYC’s annual Pride march toppled its predecessors by hosting a whopping 47,000 marchers. However, the LGBTQ community is more than just NYC. It is a movement and comprised of a family that is recognized all over the globe. Pride month has become a celebration of self, stepping into your true identity no matter what the “norm” is, and owning it unapologetically!  That’s how we do in Atlanta, Georgia the “Black Culture Capital of the South,” despite the reluctant support the city gives is bustling LGBTQ community during Pride month.

This year during Pride month, I visited one of Atlanta’s well-known LGBTQ night spots, The Deep End, for their annual Unity Ball. It is a raging dance party full of gender fluid personalities, music, fashion, and free people. I could feel the thick energy that is love from the moment I entered the room and all throughout the entire venue.

The fashion statements were the real story, though. There were rainbow-colored dreads that beamed in the rays of neon lights. There were studded black platform heels, cut off shorts, and matching crops. The “I don’t give a f$%k” attitude was live, in color, and ready to strut! This party also featured a large projector screen with clips of RuPaul’s Drag Race running as a ton of house music mixed with girl power Beyonce bumped through the room like a pulsing soundtrack. 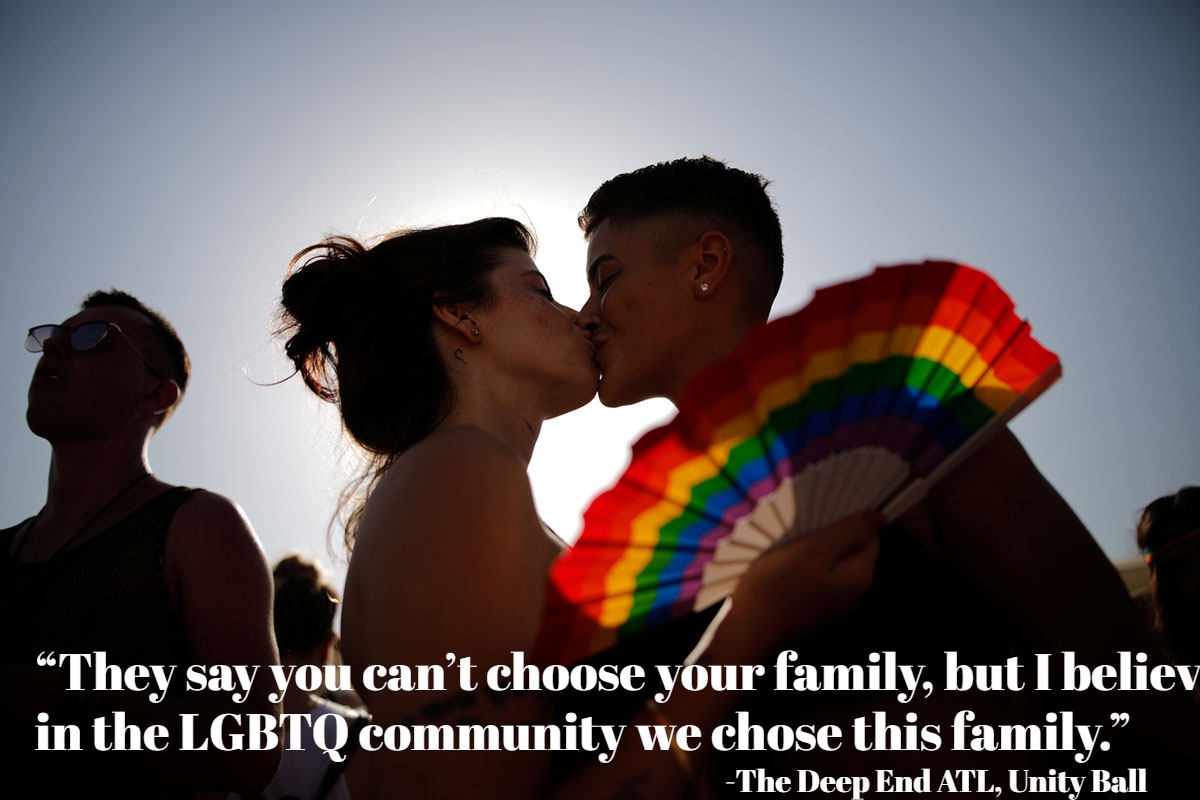 It’s no secret that we live in a world where being free most of the time means the opposite. But, this night, at this party, was a declaration that we can make our own freedom. I learned from many of the beautiful souls I met, all of the wonderful ways (and reasons) they’re celebrating pride month. Here’s what a few people had to say:

“Being a black woman in America, it’s more important now than ever to make sure that lesbian black women are represented as real human beings in society.”

“I’m 6 foot two so when people see me I’m already pretty tall, so when I go anywhere in heels I stand out, that attention can be scary, but it’s Pride Month and I wanted to show all of my colors!”

“Within the gay community we get to choose our family, when it really comes down to it we all stick together and defend each other. That’s what family is.”

A few people also mentioned traveling to Chile, Brazil, NYC and other destinations during pride month for their monumental pride parades.

Unfortunately, many felt like Atlanta has such a vast LGBTQ community but does very little during pride month to show their colors. Atlanta doesn’t march for Pride until October and Black pride only lasts for labor day weekend. The logic is, although June is Pride month, October is deemed to be LGBT history month.  And, although the city is always very populated, many people travel out of the city during the summer. Fall seems to be the season when Atlanta is at its peak population. Then, of course, October 11th is also known as National Coming Out Day. This year Atlanta will host its 48th annual Pride parade in Piedmont Park October 12-14th. 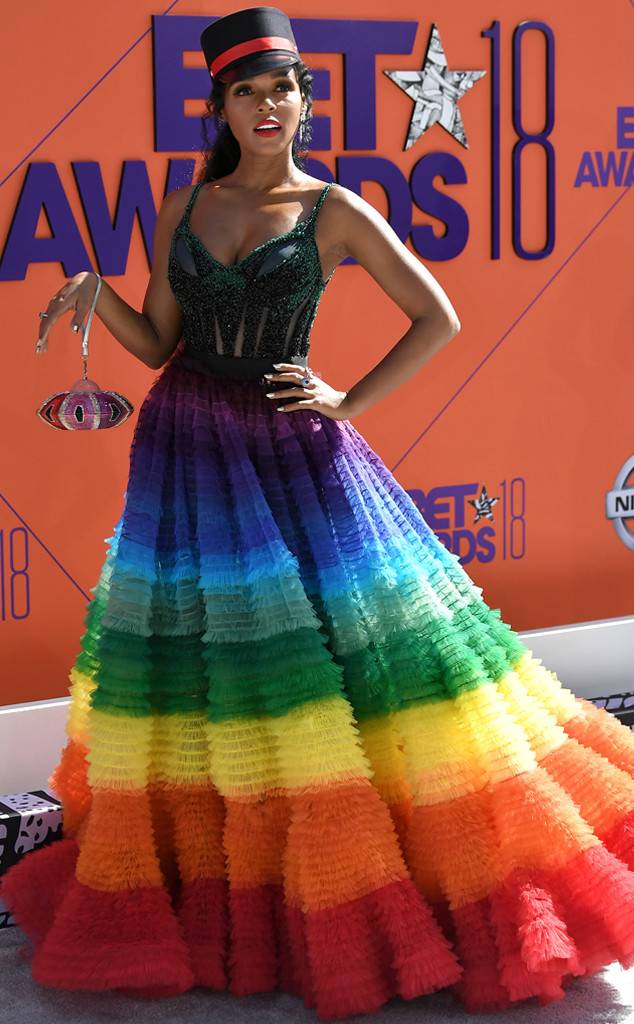 Although, I think we can all agree that pride month has become more than just a huge party. Pride month has become a civil rights movement for so many reasons and is supported not only within communities all over the world but also by celebrities, law firms, and non-profit organizations. Celebrities like Janelle Monae, a pride activist, attended this year’s BET awards show in a custom pride colored gown. Not-to-mention her latest album Dirty Computer making a statement for all Queer individuals like herself. Then there are life-changing firms like, Lambda Legal a national law firm established in 1973 that fights to support recognition of all LGBTQ communities across America. Pride month is only a reminder to the rest of the world that we are all different and we are all here. With or without the support we will continue to be our most authentic selves.

Tweet us @BlackGirlNerds and let us know how you celebrated #PrideMonth!