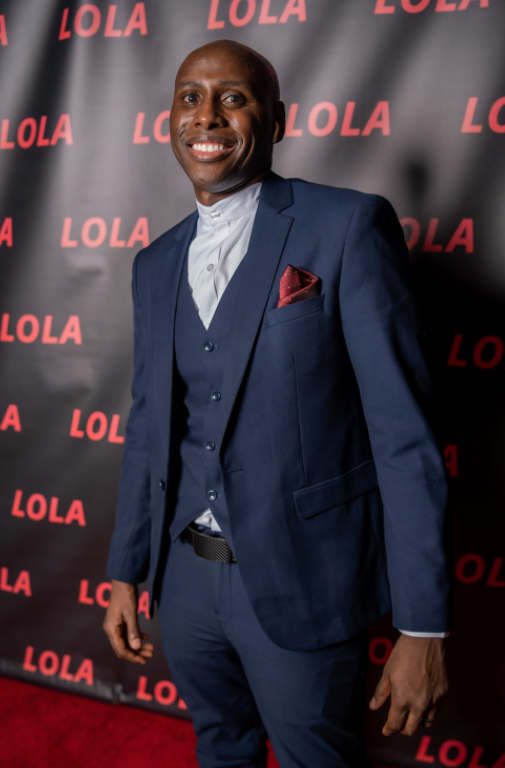 If you believe it, you can achieve it. Independent filmmaker Antoine Allen was born and raised in Queens, NYC, and is a fighter, survivor, and a thriver. The majority of the film industry has always been a tough place for Black folks to tell our stories from our perspective. But even with the challenges, for 20 years, Antoine Allen has been committed to transforming his dreams into reality.

Allen’s first love was hip hop. He produced several independent artists for years. Through that experience, he was inspired to break his way into film production. Allen made the decision to learn his craft as a filmmaker as he built his production company with the savvy determination of most self-taught Black entrepreneurs with vision. In 2008, he wrote and sold his first screenplay, an animated feature, No Where Land. Determined to make his mark, Allen attracted the funding to produce his own work. His film Lola is the result of over 10 years of labor. BGN spoke with Antoine Allen about his filmmaking mission via Zoom.

Our first impression of the film is that it is beautifully produced. Allen noted, “Originally Lola was a short film called Split Decision that I did eight years ago. At the time I didn’t have the funding or knowledge, but I always knew that I wanted to make this into a franchise. Lola is my female version of the Rocky franchise. It took me eight years to get here, and the reception and impact is beautiful.”

We were curious to find out the why Allen, this straight guy from Queens, was inspired to write a series of films to chronicle the story of a bisexual Black female boxer. “A lot of people complain when they don’t see us represented in film. Cinema has been around for a hundred years, and we’ve never had a boxing film with an African American female dark-skinned chocolate lead in a boxing franchise film ever. There’s only been two female boxing films: Girl Fight and Million Dollar Baby. So this is me saying be a part of the solution. Stop complaining. We wait for another race to validate us but we have to validate ourselves. And I have LGBT friends, so I wanted to add that. Besides, Lola doesn’t know who she is yet, she’s just figuring it all out. Also too, businesswise, marketing wise, it’s great because that’s a whole other audience you’re bringing in.”

Lola (Taja V. Simpson, BET’s The Oval) is a young woman looking for purpose. Feature film audiences normally don’t have the opportunity to witness young Black female characters from stable two parent homes centered in coming of age stories searching out their identity. Lola’s coming of age comes to a screeching halt when she is assaulted in the bathroom of a nightclub. We witness her transformation as she uses boxing to process her trauma. We asked Allen if he had any experience with women who have dealt with sexual trauma. He candidly replied, “My mother, my sister, from molestation to rape and being beat growing up, seeing my mother getting beat by a man, all that stuff rolls into it. That’s pretty much why. And I actually have a friend who went through the same situation as Lola in a nightclub. For me as a Black man, when you grow up with trauma, you have two options. Either you have to live with that trauma, or you have to reprogram. I had to reprogram everything. How to love, how to treat a woman, how to love yourself. So all of this comes through and shows up in my film. I come from a gritty area of the southside of Jamaica, Queens, and for me, I’m not doing no whole movie that’s just about me. So, I’m going to show a story that we’ve never seen before. We’ve never seen a Black female boxer, until now.”

Every film comes with a challenge, and for this independent film the challenge came very close to home. Allen muses,”I wasn’t taking care of myself and almost went into a diabetic coma when we were first set to start shooting. I was like, almost 300 pounds, and almost died. It was like, get more healthy or die. So, I just stopped production. Sometimes we’re so focused on working, working, working, and we don’t take care of ourselves. I almost didn’t make the film. But now, I’m in the best shape of my life. I’ve been working out, I got healthy, and we knocked it out.”

When working on a project with so much heart in it like Lola, the cast and crew create a kind of family unit. The dedication it took to tell this story is truly inspirational. We asked Antoine Allen what about directing, producing, and co-writing this film brought him the most joy. A quiet smile came to his face, and he said, “I find joy in the reaction. When people watch the film, when people enjoy it. We don’t know what’s gonna happen, but betting on yourself, validating yourself, the hard work pays off. The universe will reward you.”

The Continued Rise of Claressa Shields: How One Woman is Changing the Narrative