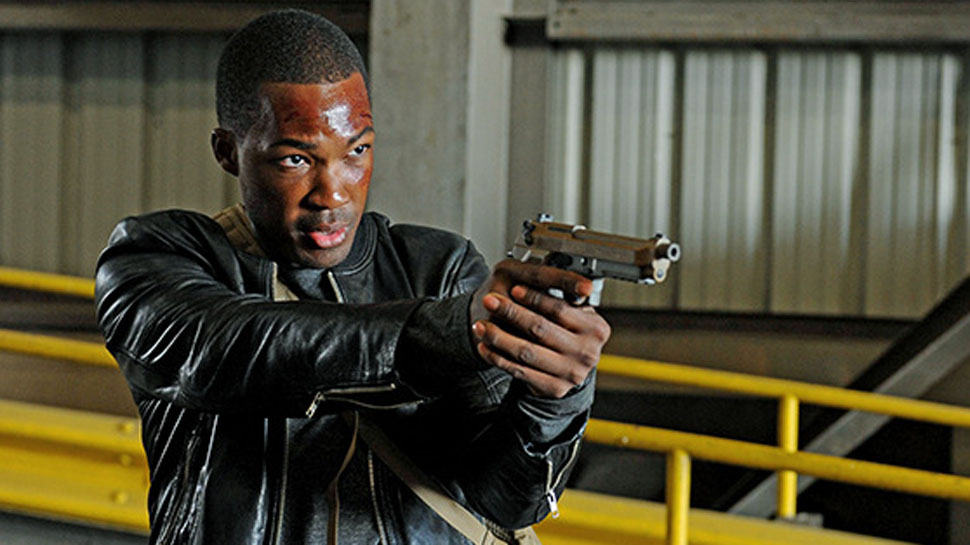 My name is Caron. I am the commander of the 24th. This is your briefing.

If you’re expecting the same kind of action and energy we experienced with Jack Bauer, you won’t be disappointed – but I don’t know these people. There’s a guy with a girlfriend, and a presidential candidate with a wife, everybody wants covert ops, assistants that get a little too close, there’s a brother, jilted, and somehow all of this comes together in the midst of really dirty action… And I like it. The status of the current operation is yet unknown. What we do know is this: Eric Carter was an Army special forces operative. His team, his unit, were given new identities and spaced all over the land to begin their new lives free from harm, or so we thought. At the center of it all is the CTU. I don’t know how, but somehow Cyrus’s husband has been resurrected from the dead and that was a part of the CTU. Does Cyrus know? Last time I checked he was killed investigating B – 613 but that’s another operation and it is classified.

To make a long story longer, 24: Legacy carries on the tradition of the clock. I don’t know how much we have to look forward to because the first hour may be a little premature. They jumped right in. It’s obvious Eric had a plan. His wife, the ex-girlfriend of his brother, seems to have a little bit of fight in her. Eric turns to his brother to protect her once their home was invaded by the people who want to kill him for the information that was stolen from their last mission. We don’t yet know what that information is or how important it is, but what we do know is there’s a lot of gunplay and a lot of bodies. The body count for the first episode is pretty damn hot… And I like it.

This new cast of characters brings their own issues. I’m not sure whether or not this is premature, but we see a lot of it in the first episode. If the pace is any indication of what we have to come, I will remain loyal to the 24th. The thing that made this show great was the fact that it never stopped. Every episode led to the next with hard anticipation. Very little sympathy for those who cannot keep up because there are a lot of people to work through, and I’m pretty sure it won’t stop there. The choreography is not as clean, or maybe it’s not an issue of it being clean, it could be a strategic move to change what we expect from who we think will be the hero of the story. He doesn’t look like Jack Bauer. He doesn’t fight like Jack Bauer. But I have an itchy suspicion that he thinks like Jack Bauer. He will protect the Republic and its secrets, even if it costs him his life. But that’s what we love about 24. They go hard. They take all prisoners. They fight and don’t always win, but in the end, we hope for the victory we can’t yet see.

Like I said, I don’t know these people. I guess I’ll have to stick around to figure out who they are, what they are, and if they will be loyal to me. I am Caron. Commander of the 24th and this was your briefing.