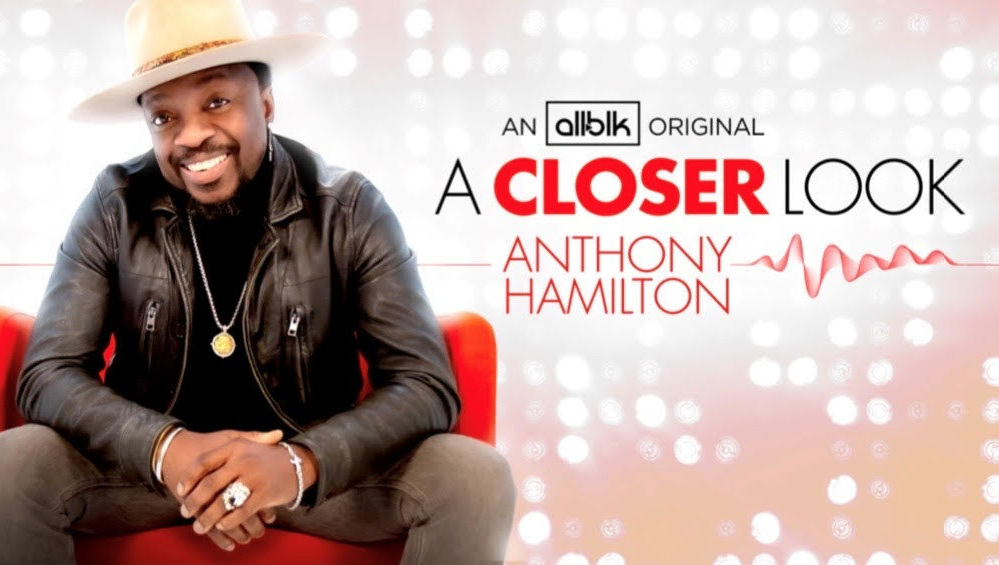 A Closer Look, ALLBLK’s popular docu-series profiling R&B, soul, and hip-hop artists whose songs have and continue to top the billboard charts and re-shape the music industry, returns on Thursday, December 23rd with a new soulful sensation as its latest focus. The sixth installment of the series features Grammy award-winning singer and songwriter, Anthony Hamilton, as he discusses his successes, pitfalls, and overall experiences throughout his extensive career. A platinum-selling artist known for classic hits like “Charlene,” and who has worked with many fellow music stars including Nas, D’Angelo, Jill Scott, and Chris Brown – fans will soon learn more about the man behind the music as we take ‘A Closer Look’ at Anthony Hamilton.

A Closer Look on ALLBLK, from 4x NAACP Image Award-winning producer, Isaac Taylor highlights an artist’s career from the beginning to present day. Each episode consists of a one on one sit-down interview between the artist and producer of the show, and will also highlight music videos/live performances, studio sessions, archival interviews, B-roll footage, and guest interviews, placing, “A Closer Look” on the artist’s career and life.” Artists previously featured on the show include Ralph Tresvant, the lead singer of the legendary R&B group, New Edition; Award-winning, singer, songwriter and producer, Brian McKnight; Grammy-nominated, singer-songwriter and actor, Eric Benét; Grammy-nominated songstress, Marsha Ambrosius; and popular Miami rapper, Trina.

Join Us For an IG Live Conversation with Actor Kendall Kyndall