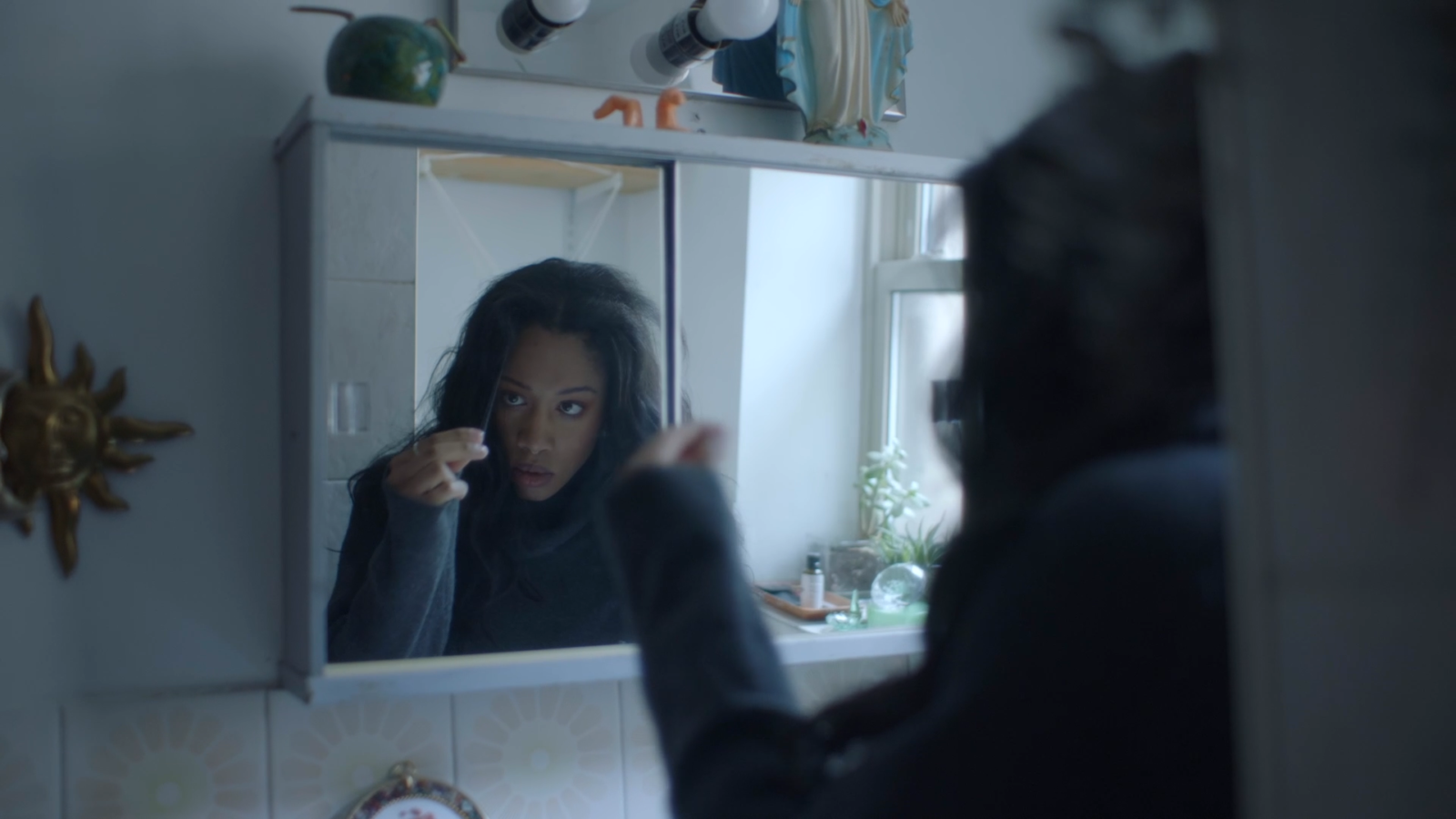 After an alienating conversation, a 26-year-old Black female desperately tries
to carve out a place for herself in the world after learning there is more to
her relationship with her hair than she once thought.

On a chilly and wet morning, a conflicted Sydney, in the midst of an
existential crisis bumps into her charming and perfect-on-paper ex, Callum.
After they “hmm” and “haw” awkwardly, Sydney finally finds the courage to
ask what went wrong. Upon receiving the answer, she realizes it’s a response
that she may not have been ready to hear.

At that moment, we move through a series of disjunct and seemingly
meaningless interactions and recollections, locked in Sydney’s memory. As
she reviews these experience in real time, she begins to question how she
moves through the world, how she is perceived by others, what it means to
be a woman, what it means to be Black, and most painfully, what it means to
have Black girl hair.

Here is a teaser of the short film below: