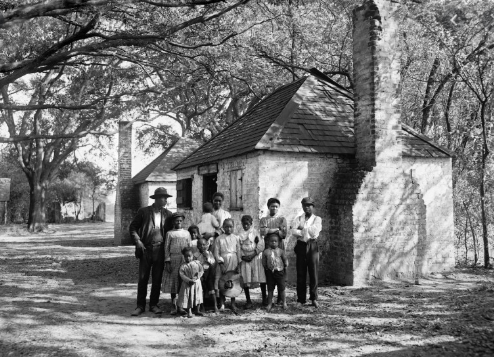 Understanding our roots is incredibly important.

Cultures in Black communities place an extra importance and emphasis on heritage. Finding out about your ancestry is incredibly important to being proud of where you have come from. This is one of the biggest reasons behind the success of DNA testing companies, in fact.

There are several DNA testing companies that focus purely on Black ancestry, as we will explore later on.

“As African-Americans, we have a distinct challenge in terms of tracing our ancestry, because slavery is a research brick wall. But we’ve got our family history essentially etched into our DNA. Those stories are there to be uncovered.” Andre Kearns says, a genealogist from Washington DC.

The reasoning behind getting a DNA test done might be very specific, in fact. Many have a single question that they want answered, such as “is my African ancestry from my father or mother’s lineage?” or “What African countries do my ancestors come from?”. Such questions are even more profound for those who are adopted, or kept in the dark about their family history. In fact, it comes as no surprise that these DNA test kits has resulted in people being reunited with siblings they never knew they had, or found out they had cousins from a certain part of the world. Some have even uncovered family secrets or a family trees with deep roots in slavery.

As each day passes, science becomes increasingly part of mainstream culture. This is great news of course, even if its commercialization can at times be daunting. Finding out about your heritage used to be an incredibly difficult task. Sure, Facebook and social media has made it easier to an extent, but going back hundreds of years is profoundly time-consuming and at times, impossible.

After a certain amount of generations, knowledge can quickly become lost. Particularly as our knowledge wasn’t documented and uploaded to the cloud in the 1800s. Today, you can pay a reasonable fee for a service that cuts all of these corners. In fact, it gets straight down to the data: which corners of the world your DNA traces back to, and how much of your DNA is actually where you think you’re from.

A simple swab of your DNA and a waiting time of a couple of weeks will result in such a report. This isn’t necessarily the be all and end all, but it’s a great place to start. In particular, it raises questions and chucks surprises our way. This helps us get more specific if we continue to build a family tree later on. In fact, many of these services will facilitate building a family tree to make it easier for you.

Companies that specialize in Black ancestry

Finding out about your black heritage can make it really enticing to go with a company that specializes in black ancestry. In fact, some companies claim that’s their sole purpose. With most services, the specialization will result in a more focused, better product. In this instance. It just doesn’t.

Unfortunately, the nature of DNA test kits means that only one thing is actually important: having lots of data. It comes then as no surprise that many of the top companies have the biggest databases. The biggest databases, plus a reputable company, will most likely lead to more accurate results. There is an exception here, though, which is that the company AfricanAncestry is very highly rated, and focused on Black ancestry. You can read in more detail about the companies that are best for Black ancestry.

There is a criticism of some of the bigger companies that they focus more on European heritage. This does seem to be the case in many scenarios. Unfortunately, the amount of black ancestry data they do have still tends to be more than the smaller, black ancestry-focused companies. This may require some more research in the future though, as things may change as these smaller companies grow.

A general rule of thumb when picking a company though is to avoid the fringe companies because of privacy concerns. Privacy is important with DNA test kits because you’re giving away a very big part of yourself – your DNA. This makes you somewhat vulnerable to being exploited. For example, this data has, in the past, been sold to companies or shown to the FBI. In order to protect yourself from this, avoid smaller companies with tiny literature on their privacy policy. Instead, stick with big companies that emphasize its importance, and that have a good track record.