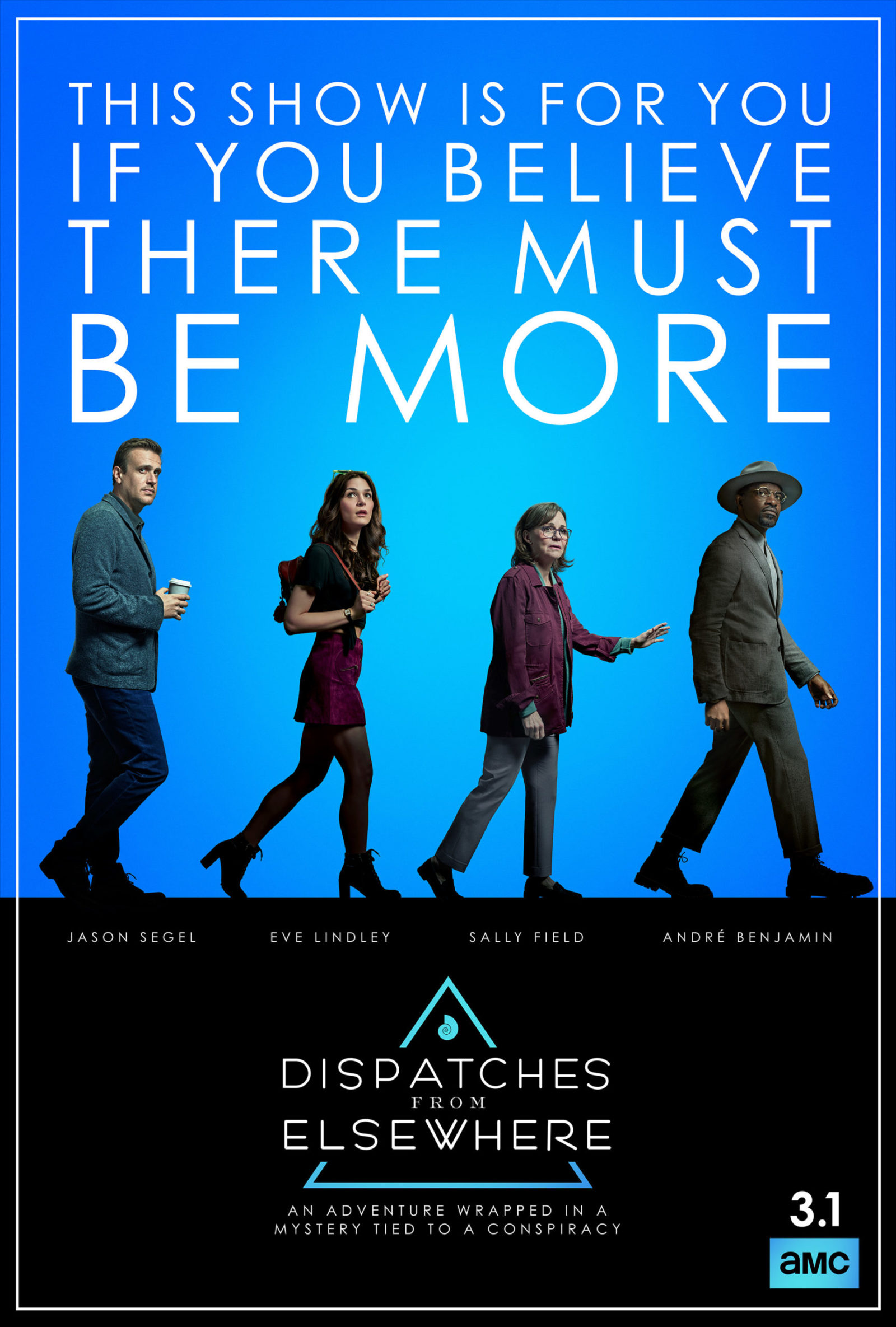 AMC unveiled a press release today giving an inside look at the new anthology series Dispatches From Elsewhere, created by and starring Jason Segel.

The ten-hour series is centered around four ordinary people who feel there’s something missing in their lives, but they can’t quite put their finger on what it is. This diverse foursome is brought together by chance – or perhaps it’s by design – when they stumble onto a puzzle hiding just behind the veil of everyday life. As they begin to accept the mysterious ‘Dispatches from Elsewhere’ challenges, they come to find that the mystery winds deeper than they imagined, and their eyes are opened to a world of possibility and magic.

Jason Segel Gives a Message to Those Who Have Experienced Loss